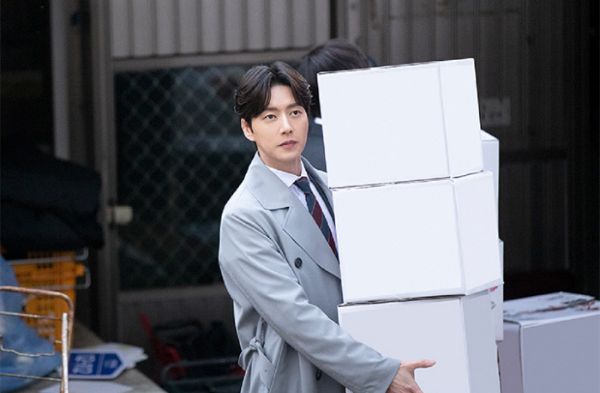 New stills from Old School Intern have been released, featuring Park Hae-jin (Forest), Han Ji-eun (Be Melodramatic), and Kim Eung-soo (Chief of Staff). In this drama, Park Hae-jin plays the rising star of the ramyun department at Junsu Food Corp. After coming up with the hit product, Nuclear Chicken Ramyun, he was quickly promoted as the youngest ever Marketing Department Head.

Kim Eung-soo plays his former boss who made his life hell with his stubborn old-school ways during Park Hae-jin’s rookie days. When he’s forced to “voluntarily” resign from the company he had dedicated his entire life to, Kim Eung-soo is faced with the dilemma of how to make a living. At the end of a difficult deliberation, Kim Eung-soo comes to work for the competitor company as a new senior intern. As it happens, Park Hae-jin becomes his new boss at this company, and with the tables reversed, the revenge begins.

Meanwhile, stills of Han Ji-eun show her as she stuffs her face adorably. She plays an intern in Park Hae-jin’s department, alongside Kim Eung-soo. She often goes from being filled with all-consuming passion to complete lack of motivation and then back again. Therefore, her nickname is “Emotional Rollercoaster Maniac.” She relies on food for comfort and always hides away snacks to eat for when she’s stressed. 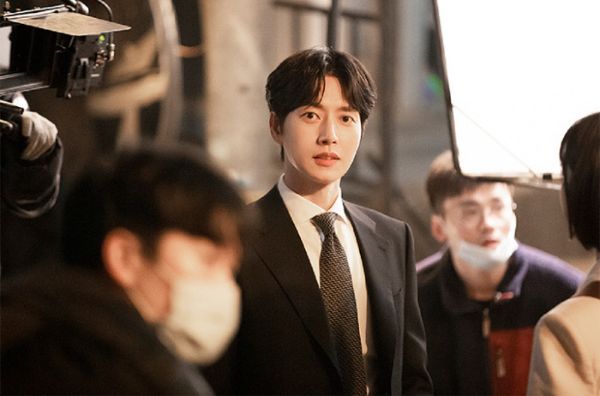 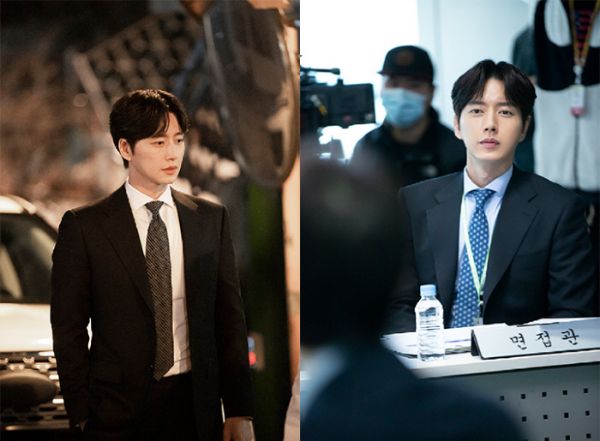 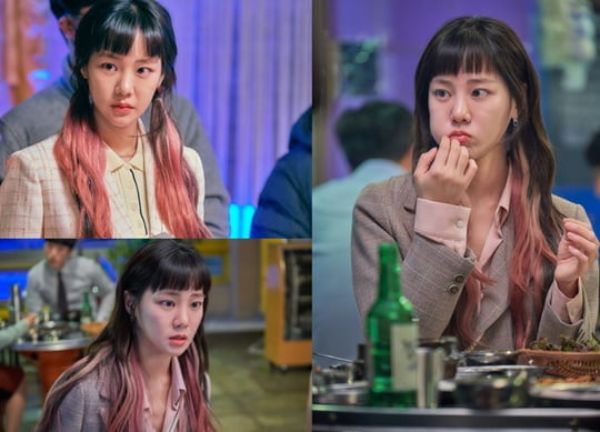 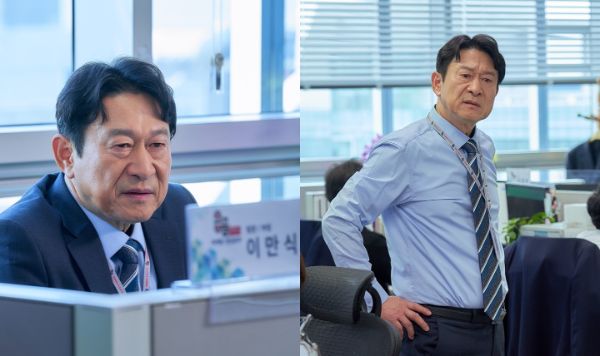 Lord I hope this is a better show than Forest!

ANY show would be better than Forest.

Even Meow? I thought it was heading in the same direction...

I'm not watching a show where my cat turns into a human, even if it's as cute as (hel) L.

I want to make it clear that I have nothing against cats. Ask @bbstl. I chat with her cat sometimes.

It’s true! And he says hi and he hopes you are well, btw 😸

I just realized....Han Ji Eun's character nickname is 'emotional rollercoaster maniac'!!! Know who else with that nickname?
.
.
.
Jo Boa in Forest 😱

Han Ji-eun looks frickin' great, I'm so excited for her!

3 Katakwasabi is waiting for Royal Hotness new drama to air 😎

Oppa says he respects your opinion. But you are making him sad.

I thought it was only me who thought @yyishere's Oppa looked exactly the same in all the shows he's in. So much expression (*not*) in his face.

Did you hear that? It's the sound of my heart breaking. All over again.

I am so excited about this. Even though my face is calm and"unchanged" on the outside as a certain someone is saying in this thread, I am really, really excited. Get ready to see me like you have never seen me before. Remember the long towel scene in Forest? Let's just say, there will be a similar scene here...see that greasy apron behind the door? *wink wink*

I am looking forward to showing you my range of acting skills. I will boil. Steam. Simmer. I will be hot. I will be cold.

I am ready to bare everything. Are you?

It's been barely a day - a DAY - since you declared he wasn't your Oppa anymore.

And it's been three days since you started working on your third joke. Tick tock.

Park Hae-jin and Han Ji-eun? This better be a good crack.

I hope this drama will work hard for him,too.