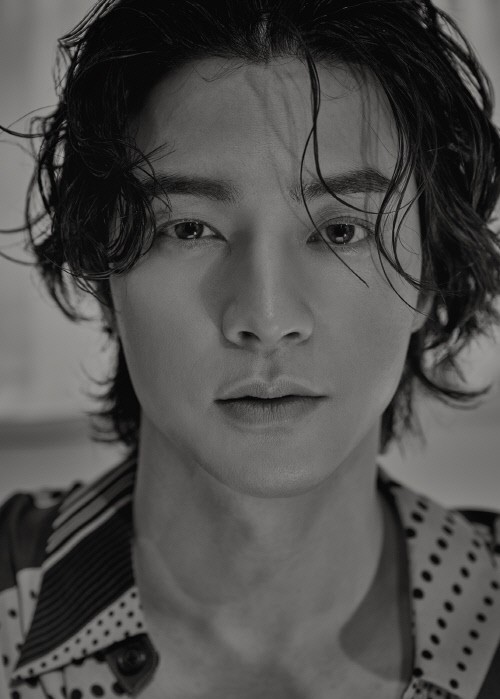 A new development has been announced for tvN’s upcoming Flower of Evil, actor Kim Ji-hoon (Babel) will now be joining the cast.

The drama stars Lee Jun-ki (Lawless Attorney) and Moon Chae-won (Mama Fairy and the Woodcutter) as a couple who has been lovingly married for 14 years. However, Lee has been hiding a dark past, even changing his name to conceal his identity. And as Detective Moon starts to uncover the truth, she is forced to question if everything she thought she knew about her husband was lies.

There’s not much known about Kim Ji-hoon’s character and how he fits into this narrative. All that has been released so far is that his character is shrouded in mystery and that he plays an integral role in the story.

The actor interviewed that his character is unlike any that he’s played before and that he was happy to accept the role as he was taken in by the drama’s scripts.

I am intrigued that Kim Ji-hoon is joining the cast. He’s always chosen interesting characters and genres in his past projects, and I hope his role in Flower of Evil is a complex and meaty one. Just have to wait a few more months to see how it all plays out!

Written by Yoo Jung-hee (Naked Fireman) and directed by PD Kim Chul-gyu (Mother), tvN’s Flower of Evil is currently being planned to premiere in July 2020.

I miss him so much! Welcome back Kim Ji-hoon<3.

He may become Do Hwan for this drama??

Now I’m even MORE curious about this drama, but why join/have a new character included so late?? The first round table read is already done... But then again, new characters being introduced late have been done before 🧐🧐 Sole worked, some didn’t, and some were only done for the sake of forcing a season 2 for a drama

Oh how I have missed this beautiful, sexy man...

And now I'm REALLY in!

He is PRETTAY, I've never seen him in anything. I hope he acts as nice as his looks.

Yooooooooooooo Almost doubted my eyes when I saw this! I haven't seen Kim Jihoon for the longest time! Am I that out of the loop or he really disappeared for a while?

Glad he is picking a non-makjang project. Feeling he is a bit typecast in recent years.

Hope to hv more screentime this time than the last one with so-called SL title but with <15mins of appearance in the flashbacks only…. 🤔🤔

One more reason to watch!!

Hello!
Maybe this article will help you :)
http://www.dramabeans.com/2020/05/tvns-flower-of-evil-holds-first-script-reading-with-lee-jun-ki-moon-chae-won/

Is the the Kim Ji Hoon I know? Is there any other Kim Ji Hoon? How come he looks so different in that photo?

Does the photo look more like Lee Joon Gi?

Maybe, except the corners of Lee Joon Gi's mouth turn up a bit and this guy's don't. I do not think the photo is Lee Joon Gi. Although Kim Ji hoon doesn't really look like this photo either.

I agree that the photo does not look like Kim Ji Hoon. As I studied that photo I see that makeup has been used to a great extent to accent and bring out particular traits of this actor. Generally Kim Ji Hoon is smiling in photos. When he smiles, the area under his eyes puffs out. That is absent here. More makeup has made his eyes appear less symmetrical. Makeup has been used heavily around his mouth to accentuate its shape. The man in this photo seems thinner than Kim Ji Hoon and therefore perhaps younger. While I think Kim Ji Hoon is a very attractive man, I just can't feel that the photographer (and make up artist) here did a good job of portraying that man.

@zzthorn,
I love your ‘forensic’ analysis of the pic above. I feel like I am in a crime kdrama, “who is this guy?”
Anyway I googled “lee joon gi face” and looking over some images especially from when he was in SHR and I still think the guy above is LJG. The lips and the eyebrows in some images are very similar to the above pic.

The photo is indeed Kim Ji-hoon, it's actually his profile photo on Naver as well :)

Thanks @tccolb. The mystery is solved.

I don’t know what to do. I love Lee Joon-gi. I loved his physicality in LAWLESS LAWYER. I am waiting to hear from my pal @pakalanapikake on this one. I mean how much physicality is there is shoving a knife into someone? @kiara are you onboard?
This would be my first Moon Chae-won drama.
The only thing I know Kim Ji-hoon from is JOSEON X-FILES: SECRET BOOK where he was terrific in playing the Korean Agent Mulder if you will. I live in NYC and going down memory lane I remember this pic from back in the day of a maybe jet lagged KJH in Times Square which currently is virtually empty:
https://igdig.com/p/874314552715030516_1581025554
Perhaps at this late date KJH has been cast as the serial killer.
The above says:
“The actor interviewed that his character is unlike any that he’s played before and that he was happy to accept the role as he was taken in by the drama’s scripts.”
Has KJH played a serial killer before?

I'm so on board @marcusnyc20, bong-soo!
Love both leads and Ji-hoon. PD Kim Chul-gyu is one of faves.

Thanks @kiara for the vote of confidence. I really enjoyed CHICAGO TYPEWRITER one of PD Kim Chul-gyu’s dramas and I enjoyed Writer Yoo Jung Hee’s
4 episode (not really) NAKED FIREMAN.

PD KCG does dark shows too well and this looks one of those. I may just be in for him, he's really good at creating emotions even in smaller moments without any exageeration, together woth the beautiful cinematography in his shows by his cinematographer.

He does :). MOTHER was excellent with him at the helm. It was the first Korean drama to be among the best in Cannes.

sounds interesting, and, what a cast!