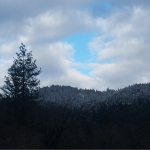 When did the word trash become so popular? Is it because it is used in dramas?
Is it because it is used in dramas?
I find that I have a strong reaction to the word. I’ve seen it used to describe dramas and a person’s taste in dramas. Or even describing the person for liking a drama or actor. I should say that using this as a descriptive for a person I’ve only seen coming from people describing themselves not Beanies describing each other. Thank goodness.
Trash is garbage it is the refuse. The discarded and useless, our waste.
To me it is the rapist, pedophiles, and murderers of the world.
It is not a badly written romcom or someone who likes the badly written romcom. It’s not a person who likes someone’s dimples or eye crinkles and wants to post about them. It is someone who throws kittens into traffic.
Sorry, it has been bothering me for awhile I had to say it. Now go on using whatever words you want to.

A long time ago one of my bfs used to call me trash kkk. It was a joke between us and he only meant it as such, it did not have the same connotation it has for you and English is not our first language. Maybe consider that the same might be true for the person using it and it is only a kind of funny way to describe the thing as less than valuable.

Absolutely. And I’m old and not on social media and so dont see all the new linguistic trends until they pop up somewhere like here. I had to look it up and came across this
https://www.google.com/amp/s/www.atlasobscura.com/articles/the-linguistic-appeal-of-garbage-person-the-internets-favorite-insult.amp

I think for me the word has too many bad connotations in regards to people. In what I view to be trash and also how others can make people feel or how they leave them.

Yes.
Though if you do like those genres of books Smart Bitches Trashy Books is a nice resource.

It’s used among the youth group (ages 12 to 15) that I volunteer as a youth counselor for, and it breaks my heart EVERY SINGLE TIME I hear one of the students use that word to either describe themselves, the opinions of others about themselves, or the situations they see and face at school or at home…. My heart leaps out of my chest and I have to take a minute to compose myself every time I hear that word go around among the students T.T

That would be hard even if they are using it in a joking manner. One of the biggest things we all probably want children and teens to learn is that they and everyone else has value and brings something to the table even if you dont agree with them.

Yea, that’s why it’s so difficult to hear the students say it, especially if they are using the term in a derogatory manner against themselves and other people (mostly their peers)

Reminds me of Trash oppa from Reply 1994. Who is actually the best and sweetest kdrama big bro.

I’ve seen mention of his name before. I’d started the first ep of this and then from looking at recaps.
I always thought it was because he was a garbage man, like his profession?

😆 he’s not a garbage man lol. He’s a doctor, a brilliant one. I don’t know why he’s called trash. But they call him with endearment. And he’s a sweetheart. It looks like he’s oblivious to his surroundings, but he actually cares and have compassion. I think he’s one of the best out of the many Reply characters.

Oh my dear trash oppa^.^ He is one of my favorite characters not just out of Reply series but also out of all the kdramas I’ve ever watched. I was so happy when I watched the ending.
He was called trash because he never cleaned his place and was careless when it came to food and clothes. I’m just like him😂

He’s the sweetest and this name doesn’t suit him at all! But maybe it’s because he’s messy as hell and is always forgetting his stuff. Once, he even dried his hair/face with the floor mat – so he has dirty habits as well 😅