I’ve just finished Just Dance, what a hidden little gem! I loved it, so touching and sensitive drama. So many real characters and a refreshing stories. Thanks beanies, all of you, who recommended it!

I just finished it this week too! Loved it.

We’ve learned now that the Chairman designated his brother as the Dreams CEO back in the eighties, when Kwon Kyeong-min was a little boy. He was not respected by the workers back then, and that was the reason they were all fired, but he kept the team. I mean, I could have understood that back then he would have disbanded it, as a revenge for mistreating his brother as CEO, but… now? Sure the stadium is theirs, so… are they going to tear it down to build some mega mall?

Because it just doesn’t make sense. It’s one of those plot holes I don’t get. We are in the last part for the drama and we don’t have a clue why this hate to the team is so big, why they have waited so much, or what the plans are.

Any clues out there?

Wasn’t it that the team wasn’t profitable and was actually causing a drain on the Jaesong Group’s finances? That was what I thought the reason was. It seemed like the problem was that it was hard for them to justify putting so many people out of a job all of a sudden (bad PR), so the chairman basically asked the CEO to get rid of it in a way that didn’t blow back on the Group.

Yes, but it would make a better sense to sell it, precisely after getting good results (which is the reason the GM was hired and he’s really getting to that point). Specially when the stadium and all the installations are theirs, and have a real estate value.

Oh for sure – but dramaland lacks logic and Chairmen of corporations must always go for the most dramatic and least logical solution. Also, I suspect that they wouldn’t find a buyer easily after one good season. One good season and lots of internal restructuring makes for a very unstable investment to any potential buyer.

Yes, It mus be it, just baddies being baddies. But it kind of ruins a bit the plot.

brother was heading a team that was super successful back then and he was actually respected by the employees as janitor told us.. the current head realized that his uncle was lying..

i think uncle would never want dreams to succeed because that is originally his brother’s thing.

And then he’s waiting so long to get rid of them… they have been the last team for the last 5 years… such a rush to end with them… I don’t get it. But maybe the nephew now changes his mind, although I doubt it. He’s working too hard to please his uncle. And I have the feeling that he won’t get the reward he thinks, as I don’t think uncle can forget how he treated his son. He’s using him.

he will change his mind.. he is the catalyst and true decision maker…

So I finished Love with flaws, and this weekend I don’t have any of my weekenders, so I’m stuck with my Monday-Tuesday Dramas (watching them all) . May give it a chance to The Game: Towards Zero, but not quite sure, I’ve never watched Tacyeon on a drama and I’m not in the mood of a mystery, intense drama…

I started last week Just Dance, due to some beanies recommendations and I’m quite liking it, and maybe I’ll retake Familiar Wife.

Any other suggestions, fellow beanies?

to.jenny (I think it’s only 2 hours though)

A short one will be nice. I’m on a leave, so plenty of time to watch dramas! Thanks.

I began to watch it, gone through first episode, but I dropped… may give it another chance, así I really liked the premise. Thanks!

I just finished the Taiwanese drama Yong-Jiu grocery store, which was heart-warmingly adorable from start to finish.

If you like Lee Seon Kyun in Diary of a Prosecutor, maybe this is a good time to try his last two dramas, My Ajusshi and This Week My Wife Will Have an Affair. Both are excellent, excellent shows.

I’ve just learned that none of my weekend dramas are airing this weekend: no Stove League, Second Chances and Crash Landing on you. Mi heart aches!!!

No cute soldiers wandering in SK this week? #crying

Replace them with Dance Sports Girls/Just Dance or another good shorter drama.

I started Just dance this Saturday after reading some beanies recommendations 🤗🤗🤗

I finished Love with flaws (or Drama with flaws…).
Last episode was kind of bittersweet.
I wish we had more of these brothers. I loved WonJae and WonSaek.
Just because of them drama was worth it. 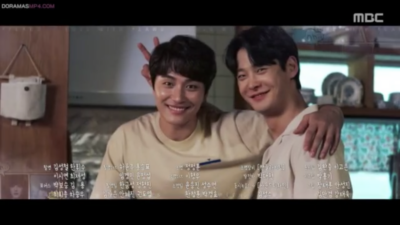 And dear Cha In Ha, your light will shine forever ❤️

He went actually for the mountain photo option. Ahhhhhh!😭

So, so, so sad.
I cried so much while watching the moment HoDol delivers the photo to WonJae. It was so heartbreaking 😞

So this happened while watching Black Dog this week with Teacher Ha:
I hate him.
Mmm that wasn\’t exactly mean.
Oh, I didn\’t expect him to be that nice.
Oh, you fool! He\’s mean.
Well done!!

I don’t like him since the beginning. I think I might have disliked him more than Teacher Song.

I don’t like him at all. I was surprised by some of his actions, thought he might not be as bad, realized he IS MEAN, but he’s mean to everybody, not only goddies.

And he is a coward. Teacher Song in all his meanness never once try to hide his ugliness.

I\’ve been reading so many good things about Stove League that even if I\’ve never understood baseball I decided to give it a try.
Two days, six episodes, I\’m hooked.
Oh, you lousy capitalist beanies!

Happy New Year, beanies!!!
I know that for most of you Christmas is over, but in Spain we celebrate Epiphany, the most magical day, when the Three Wise Men bring presents to all children young and old

Happy new year to you!

That’s such a lovely thing!

if you’ve seen The Legend of the Blue Sea, you already know my hometown.
I was not a drama fan then, had the least idea who Lee Min Ho and the amazing Jun Ji Huyn were, but only one year later, I was! 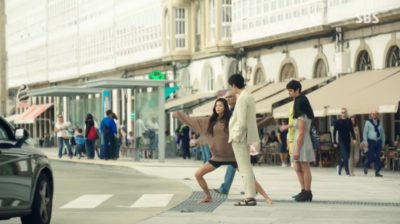 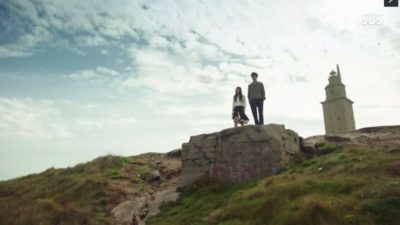 This drama is one of my favorites and the scenery was absolutely beautiful!

It was not on my list, I confess. But then I saw my city and had to watch it. It was really worth it!

I was watching Black Dog (loved first episode) and I realized this raccord mistake.
Haneul is first wearing sleepers (something I found odd fora teacher in a school) and in the following scene heels. 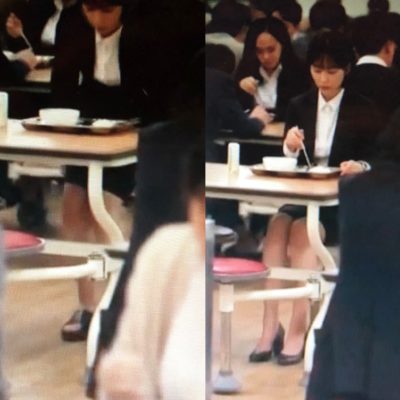 Hello, beanies. I have been a follower for the last year and a half, and only today I decided to join with my own account. Greetings from Spain 🙂

Welcome and glad you finally joined after lurking for so long!

Welcome!! Glad to finally have you here with us!

Welcome! Glad you decided to join in!

We welcome you! It’s so cool that you’re from Spain. Are there a lot of K-drama lovers in your country?

Not as many as in other countries. I still get a strange look when I say I love kdramas, haha. But I’m pacient zero and began to spread the virus among my friends 😊