So a New-Years-related kdrama drought drove me to check out an old Taiwan drama… and you just can’t escape kdrama-land even if you try.
(The Crossing Hero, ep 3) 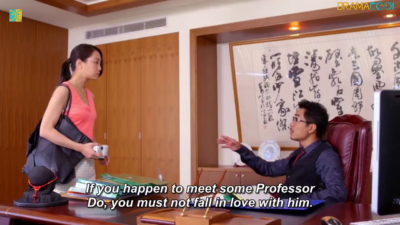 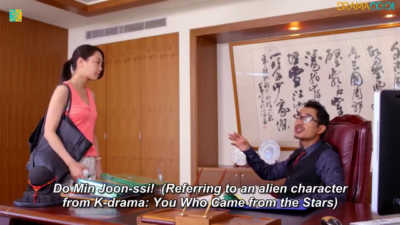 I’m gonna guess she doesn’t hear that from guys very often.
(The Game: Towards Zero, day 1) 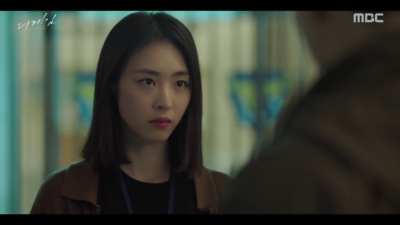 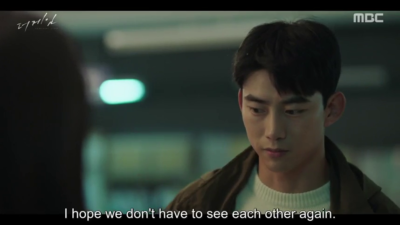 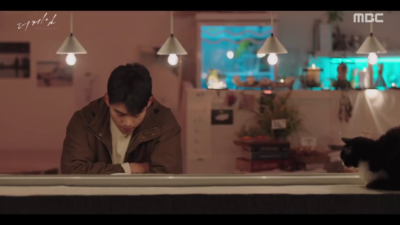 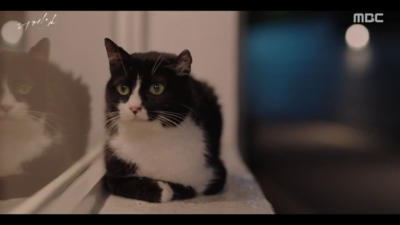 Not necessarily look into your eyes. I think he could tell by looking at pix too. But I might be dreaming, so…

Yes, pics, but I think the eyes need to be visible in the pic.

Dr. Romantic 2 musings: I have really mixed feelings. The medical emergencies are gripping, the power struggles and big-hospital baddies are a painful chore to watch, and (as many have noted) the FL\’s issues are not credible. I could do without the loan sharks.

So I looked up the writer & PD and all becomes clear:

Writer: I\’ve seen 4 of her earlier shows, and the only good one was Dr Romantic season 1. Mostly I think she had a good hospital concept and lucked out with the male lead, the female lead of season 1 and the director of both seasons, but she\’s basically a mediocre writer.

PD: I\’ve seen 6 of his earlier works (including Doctor Romantic season 1), and they were mostly good, especially History of Salaryman. His weakest may have been Vagabond, but I think the problem there was the writing. At least the action scenes were fun, and the Netflix-y ending can\’t be the PD\’s fault.

So now I understand RDTK2: thank the PD for good action (medical emergency) scenes and blame the writer for everything else.

I’m very inclined to believe you. I did zero research except ascertaining that the director writer were same as RDTK1, but ever since RD2 started airing I’ve been feeling like the script was abandoned in the hands of a ghostwriter (or maybe her junior writers in RD1 aren’t working for RD2).
I hate the heavy handed medical jargon & the constant blood spurting & those flesh enlarging scenes…. Like all of it feels like it’s being done for the sake of shock value rather than an organic narrative.

I can’t believe that the only good things so far have been Ahn Hyeo Seop, Eun Tak Saem, the new short hair female Dr & sunbae Hottie Dr… Even Kim Sabu is coming across as a snide know it all instead of a good hearted crazy doctor.

Fox Bride Star had potential but it became horrible midway. And it’s really funny that one of my childhood favorite makjang drama, Glass Slippers (my intro to So Ji-sub), was also penned by her. She should stick to making makjangs (my fave lmao).

That was so painful to watch. I kept on thinking it would get to some point, ANY point, but it didn’t.

I disliked RDTK1, a lot. So no.2 for me is just a worst version of bad.

I can’t stand the baddies and the goddies fight. Those doctors deserve to be in jail, really. I mean, in my country is a doctor refuses to treat a patient “just because it’s not my work” they would be committing a criminal offense and be prosecuted. How can the Doctor Sim (the anesthetist from Geodae Hospital) say she wouldn’t enter a OR during an emergency because it’s not her job? C’mon, I know this is dramaland and baddies are baddies and don’t act rationally, I know all that, but… everytime they are mean doctors, all the time, they never think about the patients, never… it’s insane.

And Dr. Park irrational hate for Kim Sabu, just because he stayed in the bus accident and he left? Now, who did something wrong? Not Kim Sabu, but him… That makes even more stupid and incomprehensible his character. It just doesn’t make sense.

Still, I like the part where we see how some of the characters will grow. I like Dr. Seo and Dr. Cha. Even if I find her problems not real, at least I can see some evolution here and where it may lead her, as she can become a better doctor. Just as Dr. Seo.

As for the rest of the Doldam crew, I’m loving most of them, specially the ER doctors and the othopedist, but I Nurse Oh is starting to get on my nerves, being in the middle of everything.

So I’m mainly FF this one, and it’s only like 30 minutes worth watching. It’s better than the last 6 episodes of Fox Bride Star that never made more than 15, though (oh, it aches to remember, urgh).

Detective talking to undertaker. This is the last line of the final episode of the Taiwan drama The Fearless, and I dare any kdrama to end like that 🙂 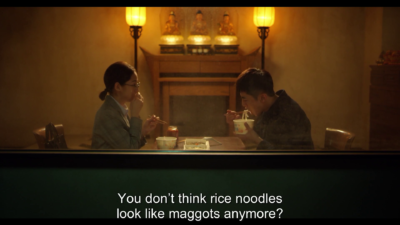 Thanks a lot for putting this image in my head. Now I have to think of toothpicks everytime I have rice noodles. 🤔

Well, at least one person is not. Right, @yyishere?

I didn’t. I just thought your comment is more SUIT FIT for her. 🤭

Ah! I really enjoyed Fearless. It kinda went under the radar and took forever to get subbed! It mixed so many of my favorite genres: paranormal, workplace friendships, wounded souls healing each other. Although the “romance” was only nascent by the end, I loved the bond they’d forged. 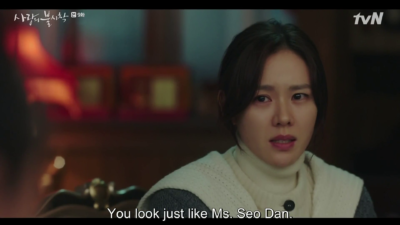 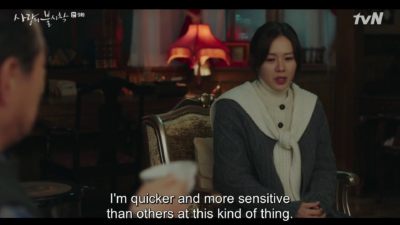 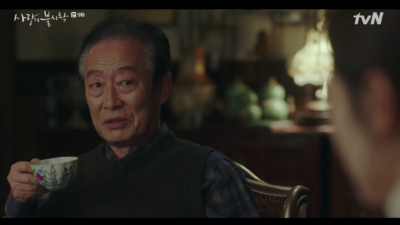 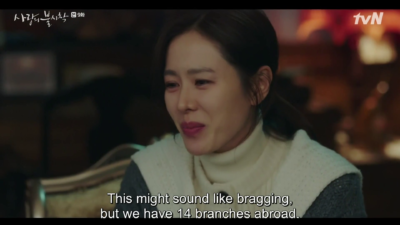 “We” in this case may include a lot of Beanies. 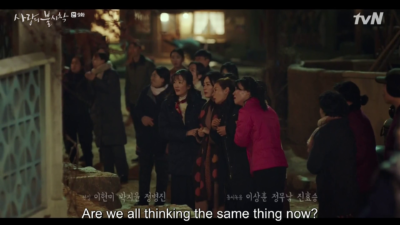 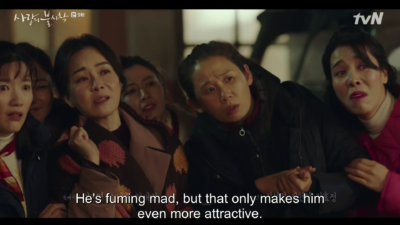 Lol. This writer has a thing for women swooning over angry men 😅

Just finished episode 10 and I must admit every time I saw him I wondered about toothpicks and couldn’t help but giggle.
sorry @yyishere I think this swoony comment of yours might just have broken the internet!

So many words now banned from my vocabulary.

Totally NOT a dig! rather – we get you BIG time!!!!! you just wrote what we all have been thinking first….
that’s all, honestly

Also, meta much? Using this as an excuse for low ratings???? 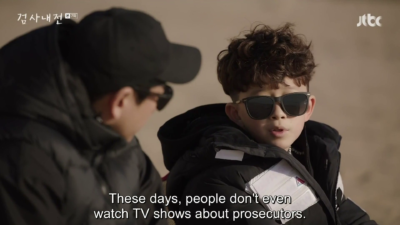 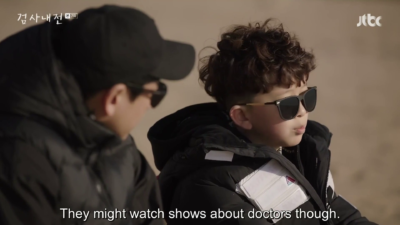 I actually don’t like both of them either, but this one is just too adorable!

The difference between North & South. Well, that and the goat in the bathtub.
(Crash Landing, day 7) 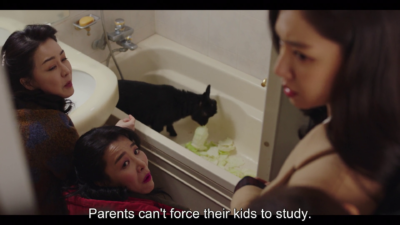 Says the patient in nothing but hospital jammies to the healthy lady with the warm coat.
(Crash Landing, day 7) 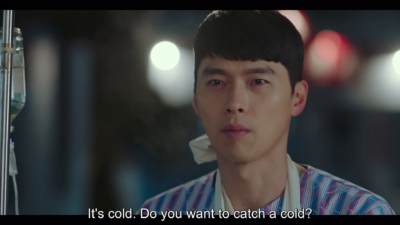 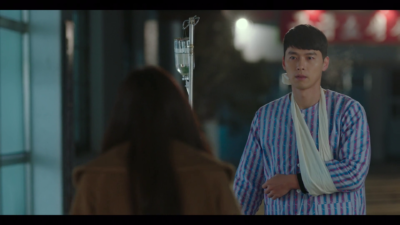 Silly me. I’ve been paying to much attention to kdramas and didn’t even know there was such a movie. After Thunderdome I was doubtful than anything Mad Maxy could be anyone’s favorite, but Wikipedia says a lot of people liked it, so maybe.
(Crash Landing, day 7) 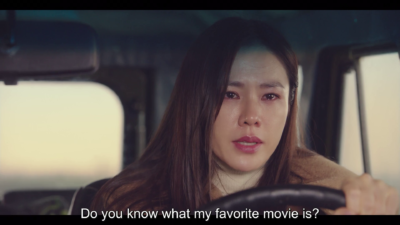 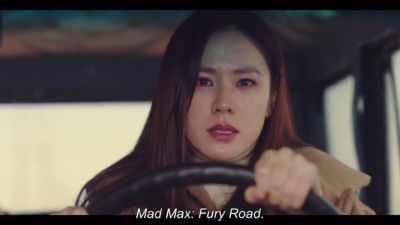 Deliberately taking this out of context, but DANG, a Korean allergic to alcohol !!? Can you still even say he’s Korean?
(Touch, day 2) 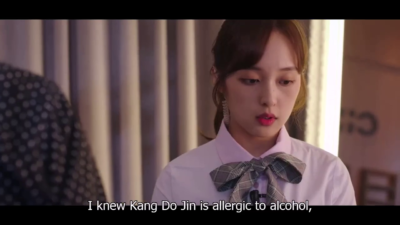 Early favorite for \”Most Pointless Government Act of 2020\” ?

Lebanon has imposed a travel ban on Carlos Ghosn.

If you have been following the news you might know that travel bans don\’t seem to apply to him.

I don’t if the story is true, but I died laughing when I read that he escaped from Japan in a double bass case.

The whole situation has been quite interesting.

Free time from a week off work + some kdramas taking the week off + inspiration from all those other year-end lists drove me to check out (*gasp* I\’m not much of a music fan) Kpopalypse\’s year-end top 30, AND to actually watch the videos (**double gasp** I like the frequent shifts in most music videos even less than I like most music). But it wasn\’t a total waste of my time, there are cats in two of the videos.

For those new to him, he definitely has a way with words, even if many of them aren\’t printable. Some of the safer excerpts in the comment.

The only time they really struggle to get “pro-woman” content right consistently is with performers like Ailee or Mamamoo, where they always lean far too hard on the vocals because they have some vocal ability, but with most girl groups that isn’t really an issue because none of them can actually sing that well anyway. Lack of vocal ability in k-pop is almost always a good thing for the music overall, it means that the songwriters are working within strict limitations

Believe it or not, Kanye West isn’t all that well known where I live. Sure, a few people vaguely remember him as “that idiot who acted like a dick to Taylor Swift before it was trendy to act like a dick to Taylor Swift“, and “the guy who was actually able to sit in a room with Donald Trump and be the bigger narcicist”, but beyond this he’s “that random guy who married a Kardashian”

Sometimes retro is cool because the wisdom of hindsight pays off when combined with technology of today making it easier to create art than ever before, and so these days you don’t need to die with a needle in your arm to make music better than someone who did

it’s still an amazing song that should have been more recognised at the time, but of course it wasn’t, because this is 2019 and we can’t have music quality being a determining factor in if something becomes popular 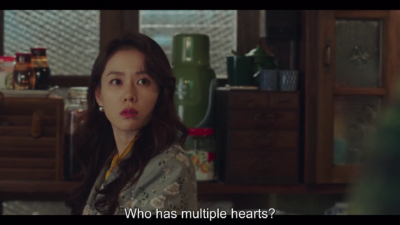 One of my cats had to spend a while at the vets, and when I came to take him back home they gave us this cute little cat’s paw Christmas stocking. But I’m not sure where to hang it or what to put in it; the only things he really wants are affection and tuna juice, neither of which makes a good stocking-stuffer.

PS: he has already had tuna juice to celebrate his homecoming, and tonight he’s even more affectionate than usual. Guess he’s glad to be back and wants reassurance. Or wants more tuna. 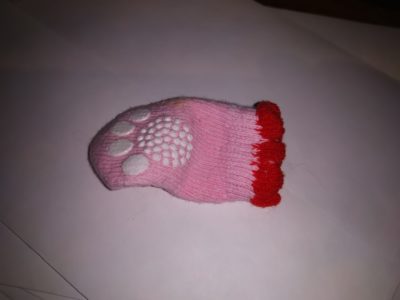 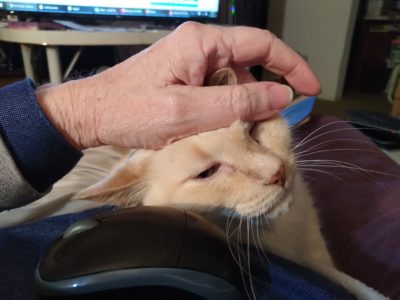 What a sweet cat and a cute cat stocking!

What a sweetie, I’m glad he came home in time for the holidays 😽

Continuing what seems to be a running gag…

North Korean ladies seem to agree with the South Koreans from day 1, that she’s not pretty. The rest of the world, however…

And I still wonder if SYJ knew they were going to keep saying that about her when she signed up. 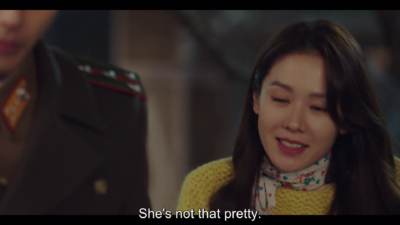 South Koreans think she’s NOT pretty???
Where? How?

As she walked through the Dept store with her entourage, one girl said rather loudly that “she’s not even that pretty”.
On a related note,( historically) people say that the most beautiful Korean women are from the North.

Queen: Love And War / Selection: The War Between Women — Not the greatest show ever, but good enough so DB maybe ought to someday get around to thinking about listing it in their \”Currently Airing\” section. You know, while it is airing 🙂

It looks DB doesn’t add Channel A’s dramas. Leverage wasn’t on the list when it was airing.