Ok people. Can I say that the big “Sizhui is da Wangxian baby” reveal was the lamest (at least in the version I watched)? Seriously, what’s up with the cup noodle ad?🤦‍♀️🤦‍♀️Worst timing ever. Hilarious, yes. But the least you could’ve done was subbing the ad too and getting the same Ah Yuan baby actor. This disrupted the emotional punch and I’M FURIOUS!!!!!!!!!!!!!! 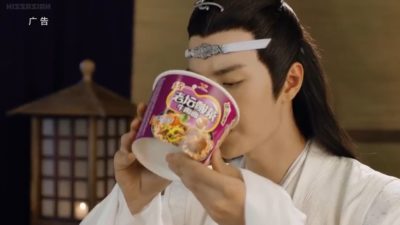 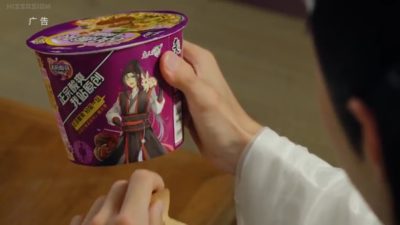 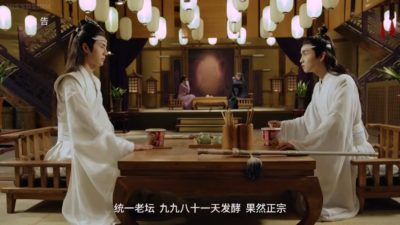 Where are you watching?? I’m pretty sure there is just one version of the drama going around online… 🧐🧐🧐

So the ep 39 you watched didn’t have an inserted ad like this?😱
This is the 1st time I saw an inserted ad in Untamed it was in the worst possible moment.
.
Ooooh so there’s a grander reveal? Yaaay I’ll wait then.

There was the ad, but imo, I wouldn’t call this a reveal, more like a ‘hint’ 🙂
When things start to click and realizations start to happen for Wen Ning–and finally Wei Ying— THAT was the most satisfying for me 🙂

You’ll get there!! Just keep going!!

Ya the drama has random ads injected into the drama (these really have nothing to do with the drama itself they are just ppl ads). Like this and the olay. I just skipped them.

I know viki has them as I watched there but idk if Netfkix does.

At least Olay and Fruit juice ads were before and after the drama. But this! I cant even skip in fear of skipping too much.