A new Taiwan drama dig into? Ha, ha. the kdrama meta! The female lead is transported into a romance novel. Using all the romance expertise she gained from books, dramas etc. to win the CEO heart. But then she discovers she is the supporting extra.

Isn’t that the plot of Extraordinary You, replacing manhwa with novel?

This is what I was thinking, too!! It sounds like a mishmash of Korean drama “Extraordinary You” and Chinese drama “The Romance of Tiger and Rose”

Was reading a chronicle in my local new paper where man talking about how nobody asked him how he feel about being involuntarily childless. Like we never believe a man could also feel loss of never being able to have his own child. Made me think about “Oh my baby” talking about such subject. Make me proud writer actually have been thinking about this and showing how a man is going true this. But then I think K-dramas strength is how they let their male characters show their emotion and what they emotionally going true. I mean in the end we all humans with feelings that can get hurt in good and bad ways. I liked they showed him going to the doctor’s. I didn’t expect it and was positively surprised.

Rewatching I hear your voice. Still loving it and the OTP. Despite age difference they balance each other out helping each other growing up.💕 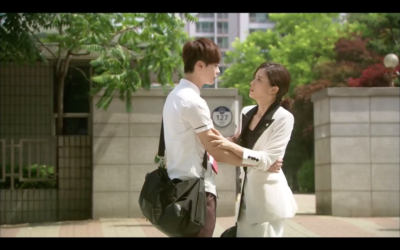 Nice way to do promo blend teaser and script reading. They have chemistry.😍#Flower of evil

Such a cute MV and song.😍

Watching 5 min preview of sweet munchies confirm that the guy likes the lead guy. Lol, I can`t wait for this love triangle to play out.😂

fun fun fun and the food looks so good!

Love a lady saving herself.😃 #Theking 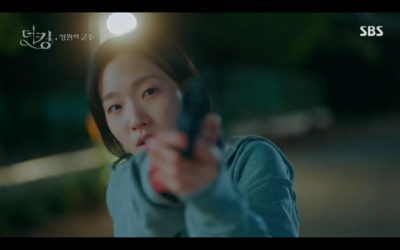 Yes! I was cheering her every step of the way

Reminds me of her movies.

wow, the zombie fever is not over. This is a comedy about a zombie taking new identity as a detective. Sound like a recipe for pure comedy.🤣

#ChoiJinHyuk is considering to star as male lead in a new KBS drama 'Zombie Detective' which will be helmed by The Producers' PD. pic.twitter.com/BIFZIgPoGI

@sicarius the Z drama is here. Alas it’s not prosecutor but detective 😂

The Z drama is finally here!!!

Okay but this is LITERALLY the second time that I and someone else on here has talked about a certain genre of Zombie drama and days, JUST DAYS AFTERWARDS, news of almost exactly what we talked about has been released…
@redfox and I called Kingdom like two days before it was announced, because we both said we wanted a Joseon Zombie drama.

we must have done something right in our past lives? the sky does answer

I found this cute hares lurking around my house this winter.💕 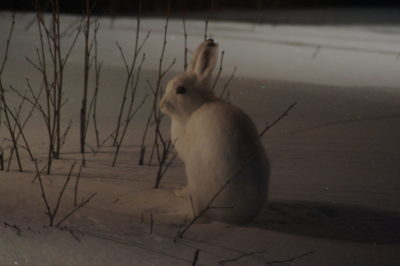 Wanted to share some reaction from Korean that have watched The world of married. I agree in the end it is about kids like Joon young. As an adult I think we should not forget that kids also hurts.

What a perfect ending.

Thank you, I was interested to find out what the citizens thought of the show and if there was any data on who was watching the drama.

Very interesting. Thanks for sharing these.

This two take long distance relationship to another level. Really feel for them not knowing when or if they can meet again.😢 #The king

What a surprise! Gong Myung gonna graze our smal screen next week for JTBC Drama Festa: The essence of happiness.

oh so another drama come and goes. Even with some flaws the OTP made this drama so sweet and beautiful. A well spent watch for me.💕

nom all the food 😋 I can already see Lee hak joo character gonna struggle with his feelings.😢 #sweetmunchoes

Sound like it is just me enjoying The king for what it is. And this week all the loose tread are starting to come together. It is like your fantasy king comes to live in front you to color your life.💕

I want tthat coffee. I don’t even like coffee but this is that one PPL working well, what with that yummy cereal and other different toppings lol. I do like the two worlds part of The King, the romance not so much.

yes, it did look yummy 😛 But this scene also work as a quiet moment between them as they enjoy each other company.

I’m just enjoying it too. Suddenly in ep 8 I didn’t care about the loopholes. I laughed at the blatant PPL and even want some of it. Even the emotionless confession was fine with me because it matches her voiceover about seizing the moment.

Anyways. I’m curious how Luna will fit in the plot. Luna and JTE look so different and Luna is so unpredictable, unlike Eunsop and JY who can easily be switched….I feel JTE-Luna is hard to switch around.

Hehehe. I’m assuming they are doing it on purpose. Let’s troll drama watchers with blatant ppl 🤣

I don’t have a problem with the age gap but the story.. hmm.. Curious to see what important happens in that convenience store..

“Please have a look at this.
To the fans of Kim Yoo Jung and Ji Chang Wook.
You’re worried about the lack in/insuffiency of my work.
I’m sorry and I fully understand your worries.
But please don’t worry too much.
I’m not writing the drama and…
a lot of the content will be changed to fit the drama.
Please think of the great PDnim and actors and don’t be too nervous.”

I belive there where already some people voicing their worry for the content in the webtoon being turned into the drama.

When my love blooms really a drama that take you breath away.

Also made me think about my mother cousin love story that surprising somewhat similar. So had a first love in her childhood where they got separated. Years later he started to search for her again as he never got over her. He did find her on Facebook, and they started to talk again. Before meeting again, they both where married. She got divorced as the marriage was rocky. He still married, but it ended in a divorce. It was some hurt from his kids and wife as you can imagine. But cousin and he got together and now married.
So yeah, I can say first love story can be so powerful that you never really got over each other years after. Even if the present day show it is not going to be easy finding together again. Therefor I can´t say I can´t root for this two to find their happiness and peace in their life.

Thanks for sharing this story.