*A new off-screen character is introduced that the audience doesn’t know about*
*Extreme character reactions indicates this said character is rather important*
It is Sun-woong’s job to keep the audience up to speed, so he turns around to find the camera, straightens himself up, and launches into an explanation. 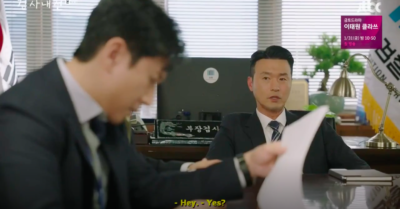 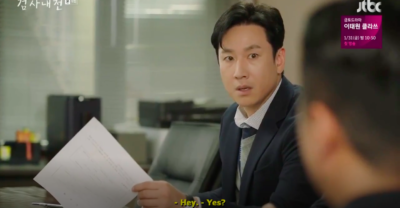 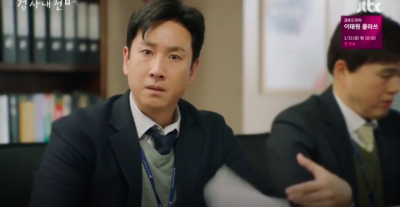 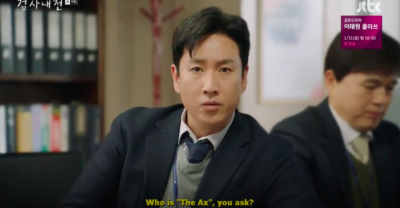 The best bit of unexpected meta I’ve seen in a while. I love this show so much. 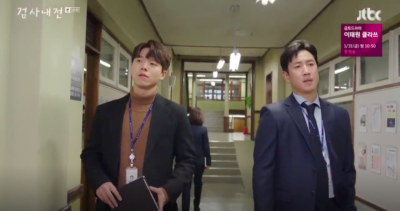 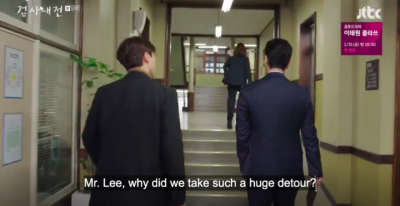 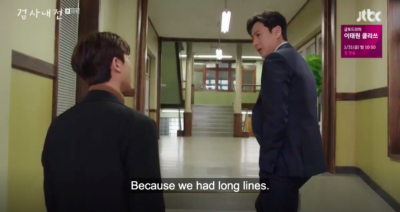 What is the title of this drama?

I don’t watch the show but yes, indeed, this is Meta Gold !
thanks for sharing !

Just dropping in to say I love your cover picture, Suk. Very apt for Wrongly Accused Fugitive! 😉
[I wish we can attach pix to our comments/replies].

Thanks! I remember reading somewhere on the fanwall about how to do it. Let me try it out: 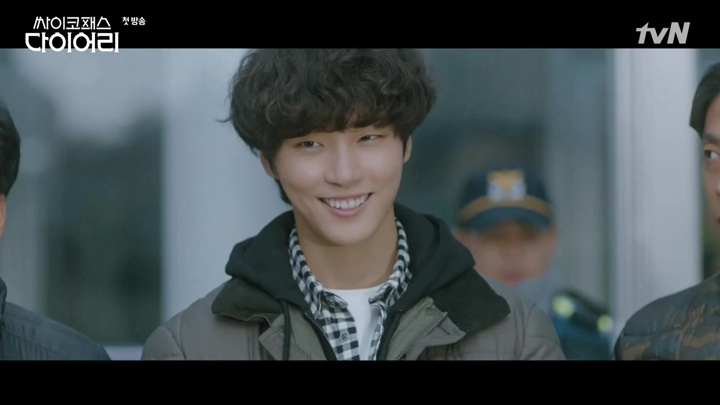 IT WORKED! So here’s the code: . Just type that into the text box and it will appear as an image 🙂

This link will help better than I can LOL https://www.w3schools.com/html/html_images.asp

I was going to take a screencap of your pix and put it in comment. So in the future, when you changed that pix, we still know what we talked about here.

But then, I will have to upload it to the Internet somewhere before I can include it in the img tag. Too much work. lol. Thanks for tips!

Oh, I see. Sadly, I don’t think there is any way to include an image directly from the computer in a comment.

Look who I saw when I was out eating lunch today (which was delicious btw)! It was hard to keep my eyes off the screen 😂 #btimfl 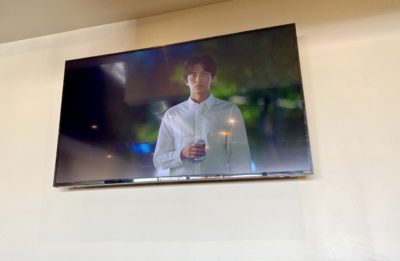 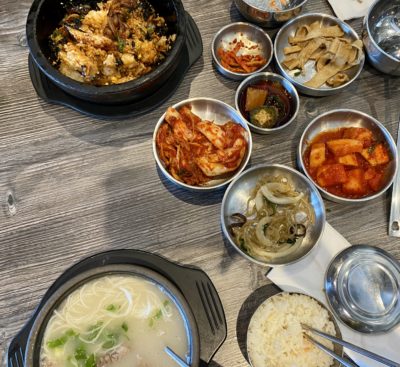 Merry Christmas to all the beanies who celebrate! I hope everyone is enjoying wonderful times with their friends and families. Warm wishes to you all!

Jonghyun-ah… We love you and we miss you. Your legacy lives on. 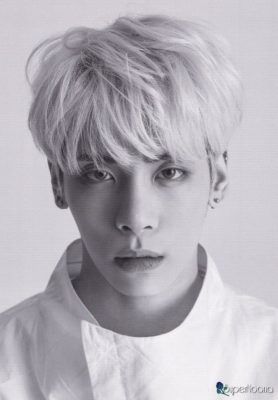 Crash Landing on You expects me to believe that she landed in North Korea because she paraglided straight into a tornado and survived without any injuries?! Apparently that wasn’t enough crazy because she then proceeds to fall straight into Hyun Bin’s arms. Unbelievable 😂

this series is nothing but stupid script until ep 2

And then she manages to outrun three North Korean soldiers over a minefield? I want her luck!

THERE IS NO WAY North Korean soldiers are THAT incompetent

Gurrrrl, you just gotta go with it! 😁

I can forgive the chaebol shenanigans, but I feel like this drama is making the entire world have misconceptions about North Korea. I hope no one does anything stupid 😂

I see what you mean. Luckily almost all the people watching are SK and they should know the realities. Although our FL seems pretty uneducated about NK much of the time 🤔
I’m waiting to see where NK stands by the end of the show: folks just like us, super-baddies or just the thing that comes between our star-crossed (wind-crossed) lovers?

I really should have gone into the drama expecting that it wouldn’t be realistic. North Korea’s insane human rights violations always get me riled up, so seeing this drama portray the country so lightly kind of got on my nerves. But I’m working on watching just for enjoyment!

I don’t know if there are any Eric Nam fans here, but I’m going to his concert in February as a birthday celebration! I’m so excited >< 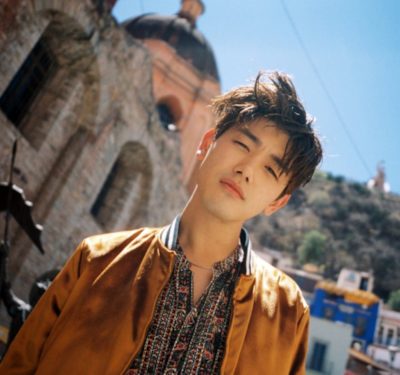 I saw on his concert date & locations list that he’s coming to a city that’s in the same province as me, just 3 hours away, and I was like, “WHY IS IT ALWAYS THAT CITY?? WHY CAN’T IT BE MYYYYYYY CITY FOR ONCE???” Lol

He has been teasing possible India concert this time so I am just waiting for it!

Ooh share some pictures if you take any, would love to see them!
I’m hoping he will come to the UK

I’ve never really listened to him, though to a couple of his podcasts. He was recently a guest on Tablo’s podcast with his brother Eddie who is one of Epik High’s managers or something. Fun ep if you are a fan of either.

I just finished that episode today! Tablo’s podcast has quickly become my favorite podcast of all time. Besides him being super funny and relatable, I just love listening to his voice. I love Eddie’s voice too and Diane the producer’s hysteric laughter in the background. Eddie is both Epik High’s manager and Eric’s manager (I think it might just be for touring, but I’m not sure about the details). My favorite part of the episode with Eric was the creation of Todd 😂 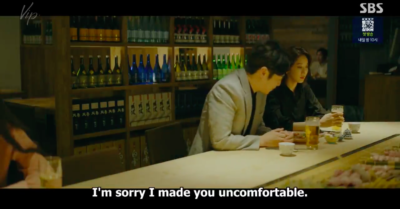 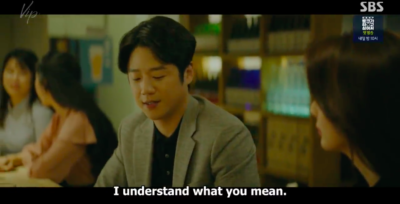 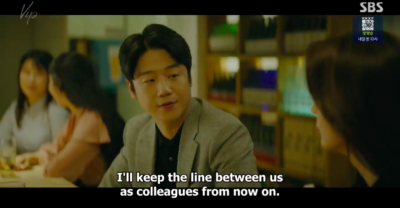 Rewatching Reply 1988 with my mother is so heartwarming. The drama gives her so much nostalgia and it makes me so happy to see her remember the good memories.

Happy Halloween to all the Beanies who celebrate! I strategically placed some fake blood on my face and now I’m Lee Jong-suk fresh out of an encounter with the Truck of Doom.

LOL. That’s what some of my coworkers are doing. They are supposed to be MIB.

My heart screams Watch My Country episode 2! I’m dying!!! but my mind screams Refrain from the temptation of a good story on screen and write a good story in your essays so you don’t regret it later. This has been going on for a full week and I’m slowly going insane. I even have the tab open, and it’s just sitting there mocking me.

I exaggerate. It hasn’t even been a week since it aired. But why does it feel like it’s been an eternity.

good luck keeping your hair on!

My hair is definitely in the danger zone

For the love of your hair, close the tab!

Or just watch it anyway then write your essay. What’s an hour here & there 😆

An hour and 20 minutes somehow seems so much longer than an hour 😂 But the tab is now closed.

Watch it and save your hair! Speaking of hair, we have some great hair in that drama. 😄

That’s like half of my problem! I miss their gorgeous hair already!

One of the best things about Be Melo is the clever ways the writer blatantly includes meta references. These at the beginning of ep 15 were especially good!! And yes, I am also beyond excited for My Country to finally air. 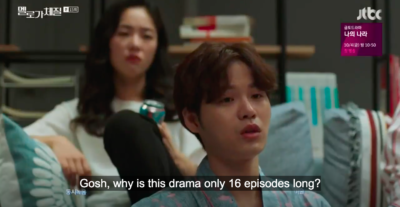 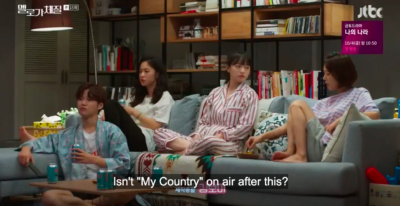 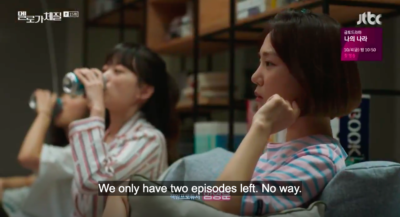 I LOVED the first episode of Pegasus Market. It’s definitely my type of crazy crazy drama. It unapologetically has no boundaries. I’m already intrigued by all the characters. I wish we got two episodes a week! 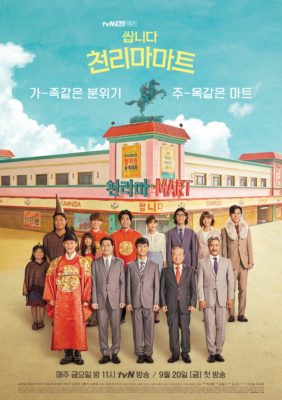 I am so happy to have someone on the hill with me.

I’m interested in this one. I just have to figure out when to watch it!

I gave up watching like three other dramas just so I could feel less guilty about adding this one on, but it was worth it!!

DB is recapping a reality cooking show?! I have yet to watch any of the Three Meals a Day shows even though many of my favorite actors/actresses have been on it. Maybe I’ll finally check Mountain Village out.

If my memory serves me correctly, they recapped a season (or 2) of “Three Meals A Day” before 🙂 I think it was the season with Yoon Kyun Sang… Although, I can’t seem to find it anymore in the Master List of recaps lol

Oh really? I probably wasn’t on here when they did. I searched up reality shows on the Master List too and couldn’t find any so I thought it was their first time 😂

I finally made it to wrongly accused fugitive! Although I’d rather get caught and go to jail so I can hang out with my Prison Playbook family 😊 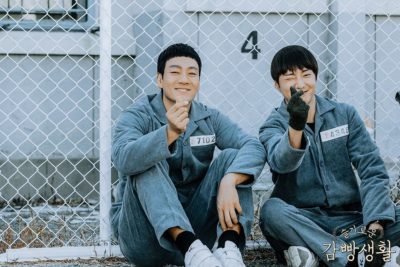 Congrats! I’m giving you virtual running shoes just in case you need to run from the real baddies!

Heartiest congratulations! And here is a fair, wise judge 👩🏻‍⚖️ To help you move past this stage and on to the next level!

1000 comments! I’m stuck in the Goblin’s pants as all the other Beanies chase aspirations much larger than me. But I’m getting there, slow and steady. I’ll make it out of his pants someday.

Best of luck in moving on soon! But @ally-le would tell you, there are worse places you could be 😉

I miss my goblin’s underpants. It’s so much most exhausting being an entertainer-in-training.

I plan to never move off my rooftop!

HDL ep 7: After the few flash seconds of Man-weol’s tragic past at the end of the episode, I think I have a prediction for what happened (although we may very well find out tomorrow). Man-weol originally loved Yeon-woo, but Chung-myung ultimately took her heart instead. Then, he completely betrayed Man-weol by marrying the evil princess and killing off Man-weol’s thief gang (including Yeon-woo, most likely right in front of Man-weol to torture them). Man-weol is left in grief and painfully regrets rejecting Yeon-woo for a traitor. Finally, she kills both the princess and Chung-myung on their wedding day (okay, now the timeline is messed up. Maybe Chung-myung married evil princess after killing everyone) as revenge and is thus forced to live in her current state as owner of Hotel Del Luna by Ma-go. That would be a very sad story. Sageuk worthy tearjerker.

HDL ep 8: I WAS RIGHT, except it’s still up in the air whether or not she killed Chung-myung or Chung-myung killed her. Either way, he’s a terrible terrible person.

I’m literally writing about the Dramabeans community in my college application essays. Maybe all the time I spend on here will actually shape my future?!

Yo, I’m slipping in my consumption of media in my applications as well! *high five* Let’s hope we get into the schools we want. Good luck.

Jiayou! ✊ *on a Chinese drama bender* 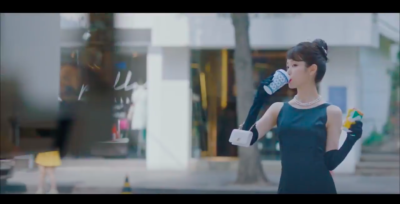 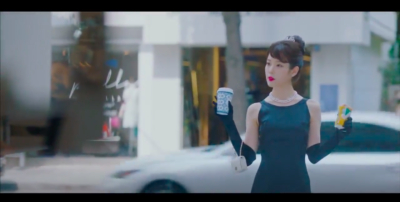 I was a little disappointed that she was only shopping Swarovski 🤣

I didn’t know whether to laugh or cry 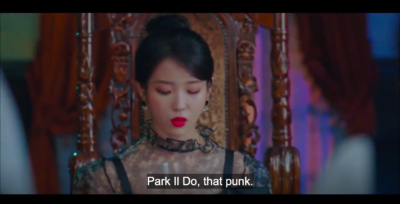