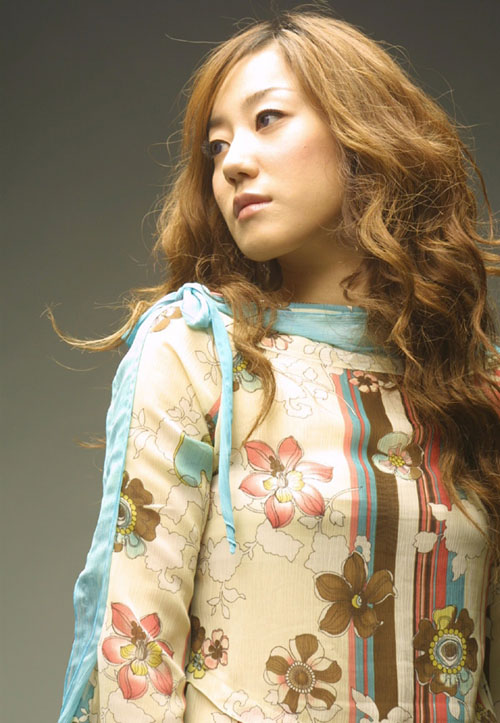 The woman who fronted successful rock band Loveholic since its inception five years was sent off with tears and best wishes by the band and fans in a farewell-and-thank-you concert on the 27th. (Actually, there are two final concerts; the second and last takes place tonight, the 28th.)

Jisun managed to hold back her tears all throughout the concert, but finally burst into tears when bassist Lee Jae Hak brought out a letter. 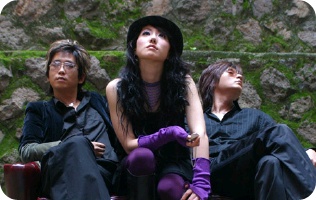 Initially, she explained that she hadn’t prepared any special comments: “I don’t want it to give this a special meaning. I’d like to just treat this performance like a regular conversation.” But as they performed more and more of the songs spanning Loveholic’s career, she said solemnly, “I’ve been able to sing some truly great songs.”

After their last song, Lee Jae Hak took out the letter he’d written at the time of their very first concert, saying while holding back tears with difficulty, “I’m happy I can send you off with smiles.”

Jisun said at the end, with tears falling: “While I was in Loveholic, I came into my voice. I don’t know where we’ll be able to meet again, but if we do, please accept me warmly.” At a fan’s shout for an encore, she performed the song that had opened the concert, their first single, “Loveholic.”

She ended with: “Today, I didn’t cry that much. Tomorrow, I’ll cry my heart out” and thanked her fans.

Loveholic was one of the first groups that got me into Kpop a few years ago. Indeed I still have memories of listening to their albums while studying for Calc II midterms in a library.

I'm sort of indifferent to the news to be frank, and I don't know what to make of it. Jisun has a nice voice, it's not typical and does a lot to give a Loveholic a signature sound. But at the same time I like Loveholic not because of the singing...

It was a pleasure listening to the mp3 above. :)

oh its so sad reading abt them tearing up... cant imagine being there wif them. dey r a wonderful grp... i hav lots of wonderful memories listening to their songs... all da best to jisun in her future endeavours!!!

aw lee jae hak is such a sweetie well part of me is still sad that they're parting ways but i'm also looking forward to what they'll be doing in the near future, good luck to them all~ thank you javabeans for making posts about loveholic! it's hard to find news about them in the eng blog sphere

Loveholic was the first and one of the few k-artists I listen too.
It's so sad now >

nooooooo
:( i love that band. it won't be the same without her.

me too.... I love Loveholic...without Ji Sun....it really won't be the same again!
Did Loveholic ever released any KTV/MTV DVD? Any english or chinese sites where we can buy it? The Korean sites are often not international friendly...haha!

And will they be releasing this "Thanks" concert in DVD? I really hope to enjoy this very last concert too..... :( Her depart is just too sudden and with the concert in such short notice...so upset, or any place to download the videos?

Thanks Dramabeans....really we won't be able to get any news on Loveholic without you doing the translations for us!

y is she leaving?

can anyone tell me?
i dont follow up with these things often

My Favorite Korean Band ever...

so sad.... i really like loveholic. the first korean band that got me hooked