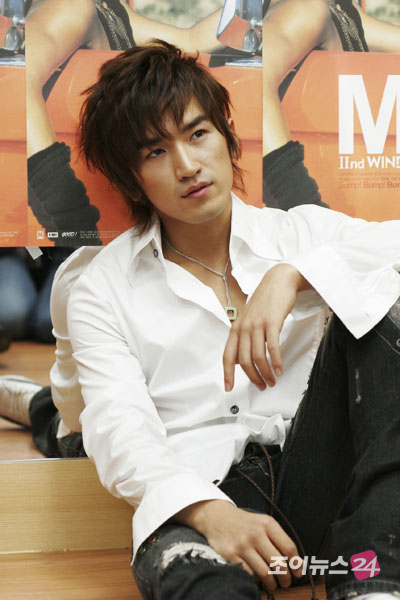 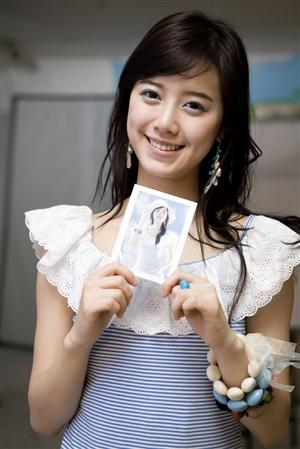 Actor Gu Hye Sun and singer-actor Lee Minwoo (or just “M”) first worked together in the sitcom Nonstop 5, but they had their first meeting some time before that.

And, apparently, Gu Hye Sun was less than thrilled.

On the cable program Park Kyung Rim’s Wonderful Outing, Minwoo had a segment where he’d call his friends and ask them to meet up. Lots of entertainers have been the recipients of the call, and on a recent episode airing October 26, he called Gu Hye Sun. She was home resting (she’s currently filming the historical drama series King and I), and despite the late hour, she came out for her friend.

Others who’d showed up included Kim Min Sun, Kang Kyung Joon (also from Nonstop 5 — I love that they’re all still buddies), Kim Chang Ryeol, Shim Eun Ji, and Kil Gun. The MC and recently married comedienne Park Kyung Rim asked for a show of hands for whoever liked Minwoo best of the six Shinhwa members. Everyone raised their hands, except for one person — Gu Hye Sun.

She raised her hand belatedly (and reluctantly), prompting Park Kyung Rim to ask the reason.

Gu Hye Sun explained the first time she met Minwoo, in her rookie days in the industry when she went up to the stage at a Shinhwa concert and asked Minwoo for a picture. But the performance had just ended and Minwoo told her, “Just a moment, I’ll take it a little later.” Having put on a tiring performance, he spoke somewhat harshly and didn’t end up taking the picture, leaving Gu Hye Sun disappointed.

Park Kyung Rim asked, “Then when he joined the cast of Nonstop 5 [Minwoo was a late addition to the series, appearing starting episode 195], you must not have been happy, huh?” and Gu Hye Sun admitted, “A bit…,” causing everyone to burst into laughter.

But, fortunately, the bad first impression eventually eased and the two are now close friends. Hey, the girl took time out of her busy filming schedule to show up, so she must be over the slight now. They must be on good enough terms for her to joke (partially?) on a TV program about Minwoo not being her favorite Shinhwa member. Or who knows, maybe it’s true. Maybe she’s got a crush on one of the other members. I’d bet on Jun Jin. 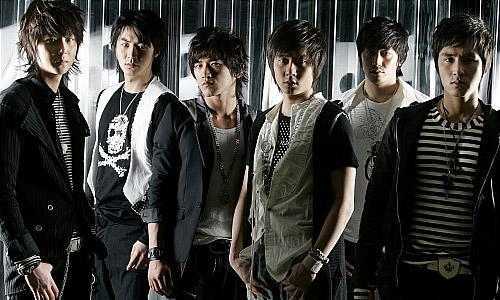 Boy band (or are they a manly band now?) Shinhwa

a little bit random...but i love the post nonetheless. lol. =)

Gu Hye Sun looks like she'd be more of an Eric fan.

Hahaha manband for the win. Gotta say though, they're probably the most successful as far as Korean boybands go, in terms of just how many years they've been together. I know there's a disbanding is imminent, but gotta give them kudos for having done so much work together :)

yep. i dont like minwoo either. too short for someone with that confidence. something like that. but hmmm. i dont know. i love DongWan the best. =)

I love shinhwa, they are so adorable. All the members are hot so it doesn't really matter who she likes, she ends up a winner. She has a cute face so I think she matches up with Andy the best.

Unfortunately, I have to agree with roseblossom, Minwoo does look like a player...And so does Eric...

Awww nonstop 5 was definitely my favorite out of them all! I had hoped jungrin and minwoo get together hehe at the end but...alas.

I don't have any idea who any of these guys are, but if if this guy gave someone as sweet and adorable as Gu Hye-Sun the brush-off, he deserves a taste of his his own medicine. Who's the bigger star now?

Definitely Minwoo is the more bigger star. I mean Shinhwa's a veteran boyband and I'm speaking without bias. Though I have to love Minwoo. He's such a nice guy and there's so many articles on his niceness and he's an awesome artist and I love his music. And screw his shortness, he's seriously not that short. 172 cm I think? Same as Dongwan. And Shinhwa! I

so then if she had asked minwoo for his signature he must have been her favorite in the past lol. i don't actually know any of shinhwa's music but i know all of their faces and names from variety shows. hmm if i had to pick one of them for gu hye sun.. i guess it would be eric or (and my 2nd choice even surprises me because i didn't agree when i first read the post lol) jun jin. the others i think are either too short for her or not manly enough. doesn't she seem like the type who likes a big manly man?

btw, does anyone else remember her from Taebin's MV? hehe (what ever happened to that guy?)

I forget where I read/saw this, but Gu Hye Sun has said in another lifetime, she would've wanted to marry Andy (Minwoo was apparently present and he got jealous...playfully of course). I think she and Andy got close when they hosted Inkigayo together. I actually think opposite of some of the comments lol b/c I think she would go for the cutie-guy over the "manly" guy.

As for Shinhwa, total infatuation with Dongwan. I adore him.

I forget where I read/saw this, but Gu Hye Sun has said in another lifetime, she would've wanted to marry Andy (Minwoo was apparently present and he got jealous...playfully of course). I think she and Andy got close when they hosted Inkigayo together. I actually think opposite of some of the comments b/c I think she would go for the cutie-guy over the "manly" guy.

As for Shinhwa, total infatuation with Dongwan. I adore him.

Yikes, sorry for the double-posting! My computer spazzed out on me.

lol at min woo being friends with EVERYBODY in the entertainment business... this kid knows just about every celebrity personally... hes at every wedding, and sadly every funeral... AMAZZZZINK!!:P

i was definitely never a big fan of their music, but i think part of the reason they're so popular is because of their personalities and their overall dynamics as a group. they're soo funny together, and i enjoy just watching them interact in interviews/variety shows.

read this in the news a couple of days ago, thanks for sharing!
it's so cute how the nonstop 5 cast are all still friends~

For what it's worth, I'm sure it was a really minor thing for them both since they can laugh about it, and they've been friends since Nonstop 5 ended two years ago. Not that we're playing the "who's more popular?" game, but I think Minwoo's still much more famous than Gu Hye Sun, although she's definitely on the rise. But Shinhwa's like a kpop institution.

OMG, I can't believe they've been around that long .. and yes dramabeans i think they should be called MAN BAND not BOY BAND ... hahahah I love Shinhwa to death ... but I thought she'd like a person who is more quiet and calm like errr.. Shin Hye Sung or Kim Dong Wan maybe ? Jun Jin is too mysterious .. (but i love them all)

i love shinhwa. i love M. im huge M fan. not being biased although in the past such stuff has been said that he can act like that. but i cant really blame them/him, i mean really after a grueling perf sometimes stuff just slips ur mind and u arent always top of ur game. everyone's human. im glad its all ok now. i think M is a nice guy too, he has lots of friends int he industry. maybe i feel she likes ANdy more too, they were pretty close :)

wow.. a shinhwa related article.. thanks javabeans...
compared to other shinhwa fans... basically i'm a newbie..and i liked them first in korean shows.. before i like their songs...
my theory on the SHINHWA.. charm.... the interaction between members reminds us how to have good friends in life...
and a plus .. how hot it is to have 6 men... dancing "perfect man" for you...hehehe

although i admit if i met them form their "Only One" days.. which btw although i love Junjin.. i would ask them what's with the hair?

Haha this is such a cute post :)
I love Shinhwa!!

Ah man, I think I just had a hysterical moment and I don't think I even read the article coherently yet. Honestly I'm fickle, but it was seeing Minwoo's name at dramabeans *keke*. I do not own or know a single Shinhwa track although in contrast I have purchased all of Mr. M's 3 *bursts out laughing at own absurd, irrelevant, nonsense babbling*.