Where have all the uljjangs gone? 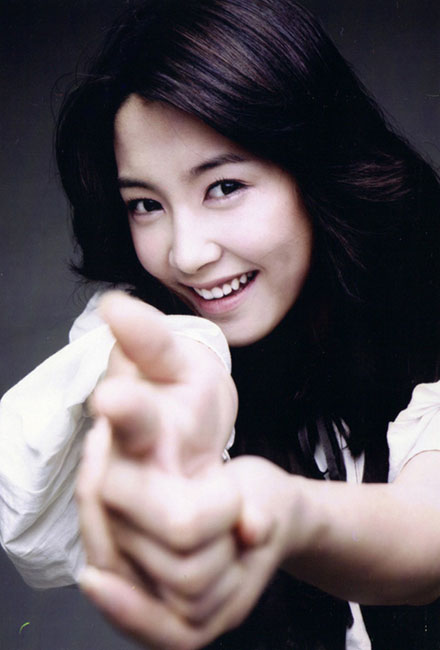 The “uljjang” phenomenon is one that is fascinating, odd, borderline disturbing (or at least perplexing), uniquely Korean — and now, it appears, waning.

The word uljjang comes from a mashup of the word for “face” and a slang term for “best,” thereby meaning “best face” or simply “good-looking,” in the same way that momjjang means “well-built body.” However, the term also refers to the phenomenon of recent years where ordinary (albeit extremely good-looking) people have become bona fide celebrities simply from a photo posted online in their blogs, mini-hompages, and cafes. The photo in question would be widely circulated, and the hottie would find him- or herself vaulted into quasi internet celebrity, and then real honest-to-goodness mainstream celebrity once they’d been “discovered” and debuted as actors and entertainers. (Some were discovered in more conventional ways, aka off the streets and in public locations, which is how I hear Nam Sang Mi, pictured above, was first found, although I don’t know for sure that that’s true.)

Many uljjangs may have faded back into relative obscurity soon after the initial buzz, although a fair number went on to success. According to the following article, however, it seems the phenomenon — as with so many internet-spawned fads — is on the downtrend:

Why are there no recent internet “uljjang stars”?

Where have all the “uljjang” stars, who’d once seemed to pop up every day, gone?

Starting with Gu Hye Sun of the currently airing King and I and Nam Sang Mi of Time of Dog and Wolf, and including others such as Park Han Byul, Kang Eun Bi, and Bae Seul Ki, many stars who’d originated as “uljjangs” are now in the entertainment industry, but it’s not so easy finding new uljjang stars. … 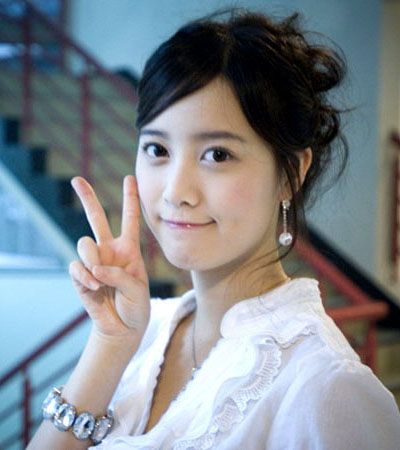 The internet has changed and evolved, and those who’ve raised their profile via the internet amount to no small number. But it feels as though the so-called “debut course” for entering into the entertainment world after being crowned an internet uljjang has faded from existence.

The uljjang syndrome proliferated over the internet and became a topic of much discussion, reaching its height in 2003 when uljjang stars advanced into the entertainment sphere and made their successful debuts, one after the other. Many of these Cinderellas rose to stardom after being found while walking down the street, or following friends to studios. But as everyone chased the “fierce wind” of stardom, they found that it was a bit different from the hot trend of the uljjang. 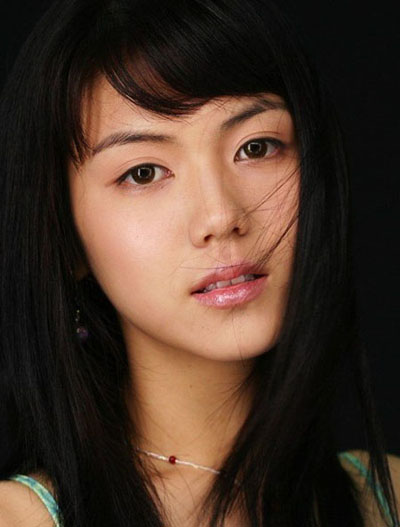 It’s because the idea that “All you need is one pretty photo and anyone can become a star” was probably just fantasy. The “uljjang angle,” “uljjang makeup tips,” etc. were floated around as practical advice. The hot internet uljjang trend also encouraged the erroneous philosophy that external beauty was everything. “Uljjang athlete,” “uljjang doctor” and the like became internet sensations, and what’s worse, there were even fan cafes made for “uljjang criminals,” an example of ethical problems that arose.

But with lightning speed, the uljjang craze cooled down, and now in 2007, genuine uljjang stars have long disappeared. A source related to “odae uljjang,” a typical uljjang cafe, explained that issuing the uljjang designation too freely caused the term to lose its meaning, primarily from an overabundance of competition.

The source analyzed the situation: “As uljjangs became pop-culture icons, large numbers of uljjang cafes and sites were made. In contrast to the early uljjangs, people were hasty to affix the label of uljjang to anyone with a passably attractive face. High-quality uljjangs were tough to find, and the door closed.” 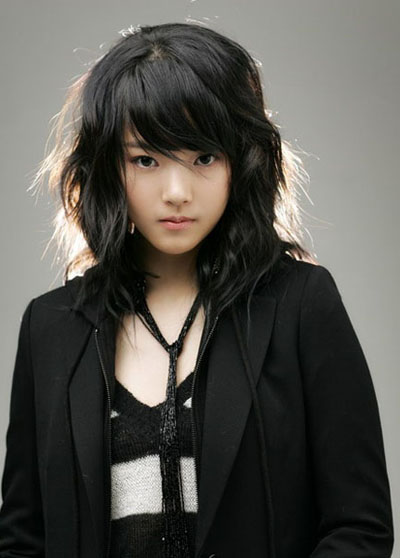 The representative further explained, “With uljjangs appearing in every occupation, there was no longer any direct correlation between an uljjang and a star. It deteriorated into simply being one more marketing ploy.” People began wondering and growing suspicious that uljjangs were just used to rise to stardom on the internet.

The source also indicated that many held the false belief that being an uljjang automatically guaranteed stardom, and thus failed to prepare properly: “For example, even uljjangs like Park Han Byul or Gu Hye Sun would take one to four years to become stars. You have to work through each difficult step naturally. Being an uljjang doesn’t by any means ensure easy stardom.” 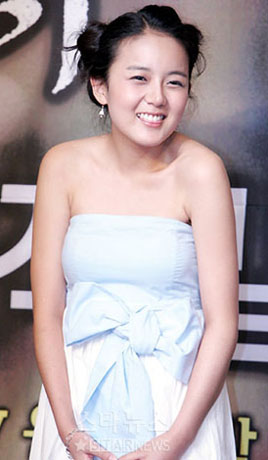 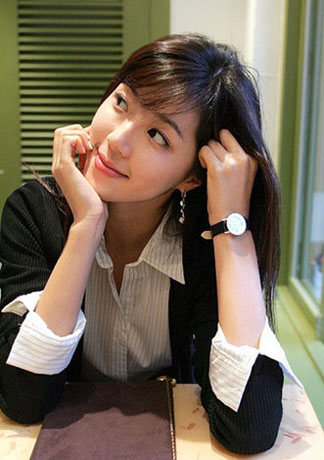 hmmm.. out of the uljangs turned stars.. i like gu hye sun a lot..
sad to hear that its dwindling.. ^^ i heard people on sitcoms were uljjangs? or models? can an uljjang be a model for a online store kinda thing?

maybe it goes with supply and demand... coz so many have gone into the entertainment industry there's really no need for any new ones to be recruited?? if there was a need for fresh talent or a new face im sure that the agencies would go on a search and hence 'uljjangs' will reappear again...?
just a theory :)

Yoo Ah In - starred in Shims Family, won New Actor @ PIFF
Seo Minwoo (?) - i think he was in Sharp 3?
theres this uhljjang that is a YG trainee dont know his name Han Kyu.. something
Shin Solki - appeared in MV's

thats all i could think of. im sure theres more

Nam Sang-mi was discovered working at a fast food restaurant near Hanyang University in the fall of 2001.

i think the uljjang phenomenon is so fascinating. and we, americans, think we're too narcisistic and vain? i wonder why something like that isn't occurring here. is the US entertainment industry more competitive? is there a surplus of attractive people in america? (definitely not in my hometown..)

It does happen in the states, but I think to a much lesser degree. Like with lonelygirl on youtube, although at least in that instance there was a specific angle or gimmick to push. Korean uljjangs are fascinating in that it's based on PURE superficiality -- one picture was enough in the early days to vault an ordinary citizen into being picked up by entertainment agencies and prepped like someone who'd earned their way via auditions and talent. Perhaps it's that strange intersect that Korea has of being one of the most wired countries in the world, as well as having a well-developed entertainment industry, and a super-high emphasis placed on beauty and plastic surgery.

bae seul gi looks so much different now.....
SO different from that picture.
I think she's ok looking now, but definitely better looking in that picture.
Kim Ok Bin and Go Hye Sun both look really pretty in their pics here.
...never really liked Kang Eun Bi...dunno..something about her is kinda annoying.

It's quite amazing how uljjang's just became almost instant celebrities.
I mean, i wouldn't mind at all.. But thinking about those celebrities that had to go through intense trainings or auditions to just become a mere trainee.. Holy.

Korea's changed a whole lot since I last went.
Which is around 10 years ago. lol

That picture of Bae Seul Ki looks like Jae Joong.

I like kang eun bi though, i really wonder why they hate her so much 'coz i'm not very well informed about S. Korean entertainment scene. Is she some girl with super bad attitude?

i like Bae Seul Ki
korea is the best

She was absolutely ahdorable in Rainbow Romance/ Nonstop 6!
It's a pity that she's laying low now :(

ulljang.....Yoo Ah Inn =) haha..I like him best of course! coz the others mentioned are all girls!

That's odd. Other than Park Han Byul and maybe Gu Hye sun, the rest don't seem EXCEPTIONALLY pretty. Or pretty enough to be the best faces out there.

I guess I feel this way because my friends only show me uljjangs that are really prettier than the typical kpop/kdrama stars.

Wait, Lee Jun Ki was not an uljjang?
I've known this category from him and he is nowhere in the articles nor in the comments....

Funny that when this faded out comes the flower boys.