An early look at The Man Who Was Superman 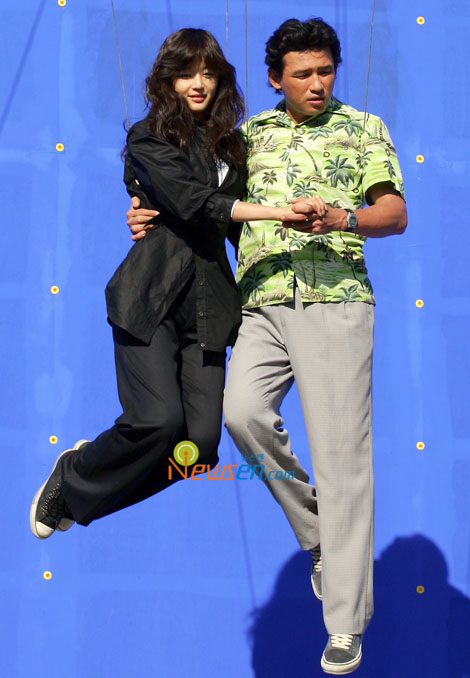 On the 28th, reporters were invited to check out the filming location and talk with the main players in the upcoming movie The Man Who Was Superman, starring Jeon Ji Hyun and Hwang Jung Min.

Described as a “cheerful and warm human drama,” the movie stars Jeon in a complete turnaround from her usual image; she even ditched her trademark long straight hair for an unkempt permed style with bangs. The character doesn’t wear makeup, doesn’t dress in frilly or feminine clothes, drinks a lot, and smokes: “In a word, she’s got a dirty image.” Furthermore, she seems something of a cynic, dismissing emotions like sympathy and sentimentality as pointless and ineffectual.

As a small-scale producer, Jeon’s character starts filming a new subject in hopes of bringing her success and fame as a documentary producer; the guy is Hwang Jung Min’s character, who believes he’s Superman who’s just momentarily misplaced his superpowers.

Jeon said of her costar: “More than just as an actor, Hwang Jung Min was so comfortable as a person and treated me well” and “It would be great if all male actors could be like him.” Meanwhile, he said of her: “It’s a little disappointing that our relationship in the film isn’t a romantic one. At the outset, I was more nervous [than her].” 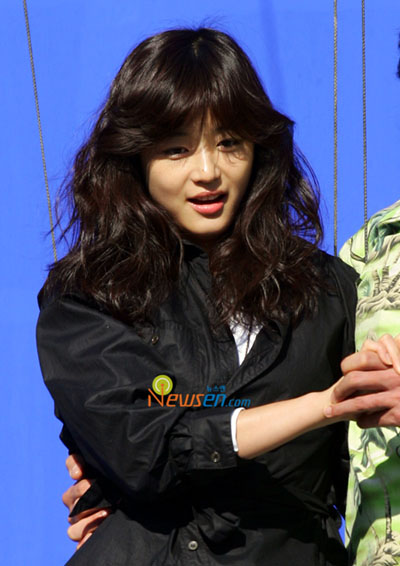 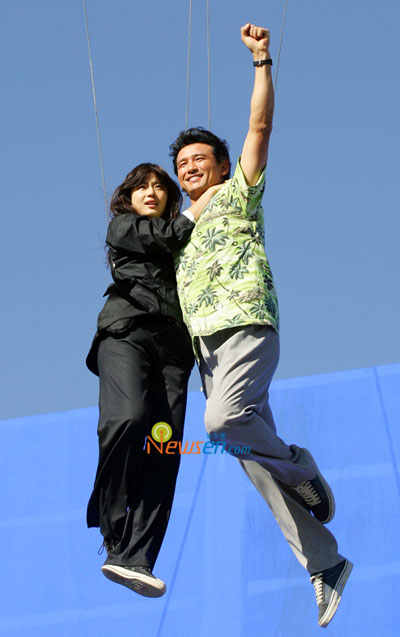 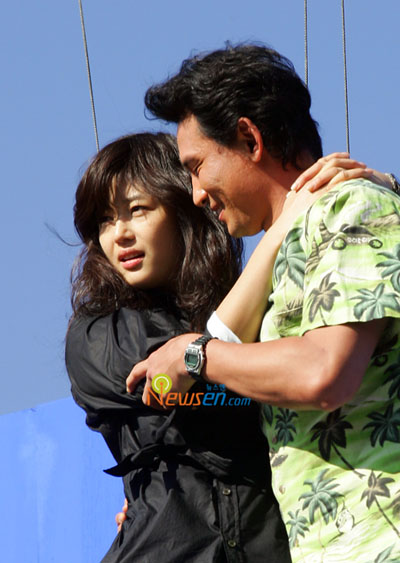 The press day on the 28th consisted of the two leads shooting an action scene while doing some wire work, suspended 10 meters above the ground without a safety net.

The Man Who Was Superman, which is Jeon’s first film after 2006’s Daisy, began shooting on October 15, and should wrap mid-December. It’ll premiere sometime in the first half of 2008.

Meanwhile, Jeon spoke briefly about the other big project she’s invovled in, the Hollywood action flick Blood: The Last Vampire, explaining that work on that film is currently in its latter half. After CG and editing is done, it looks like it might make a summer 2008 premiere. 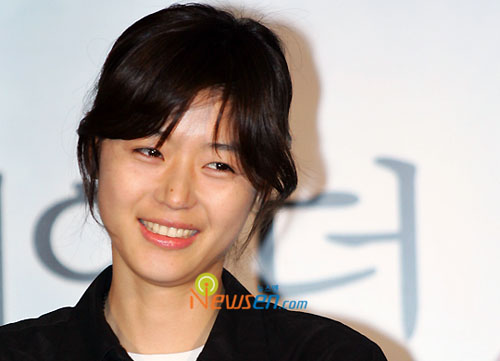 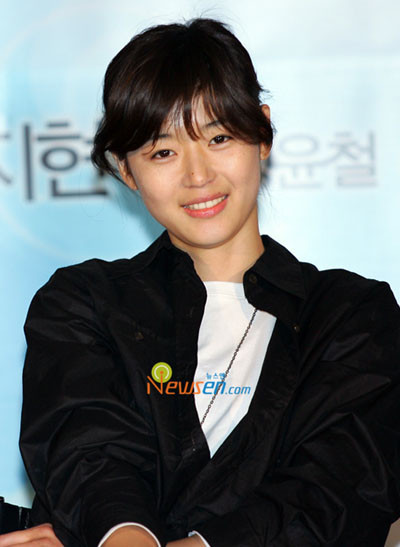 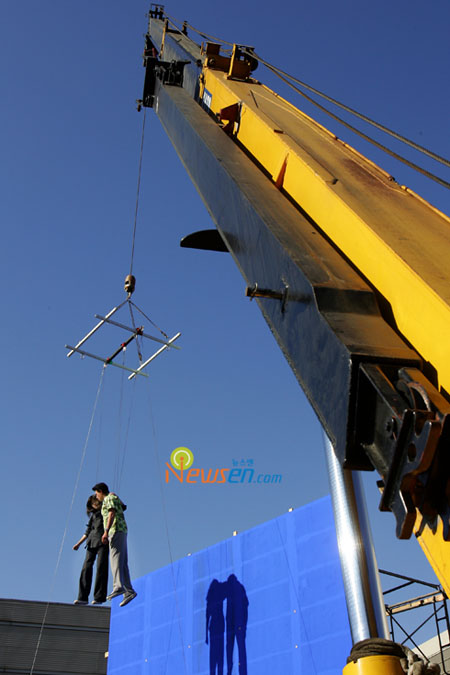 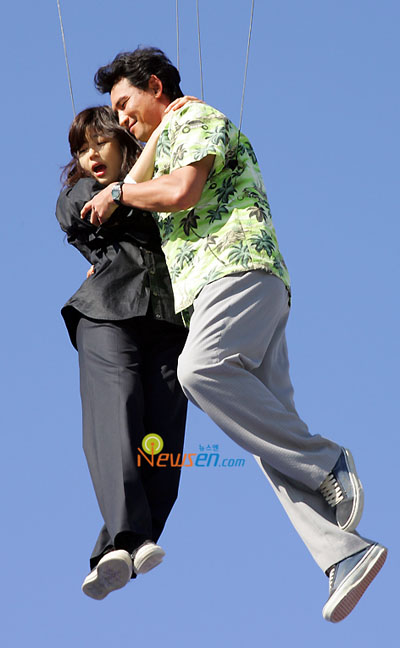 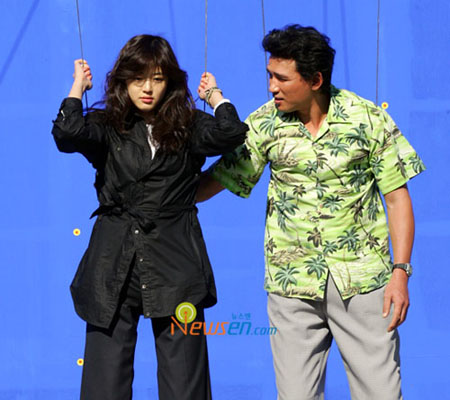 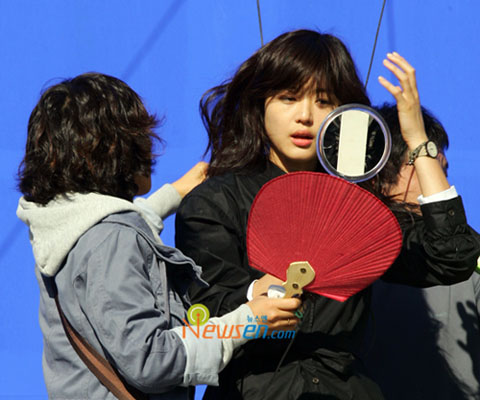 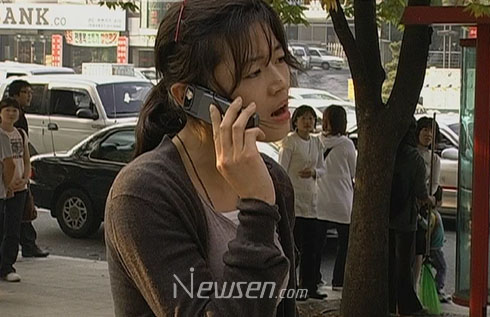 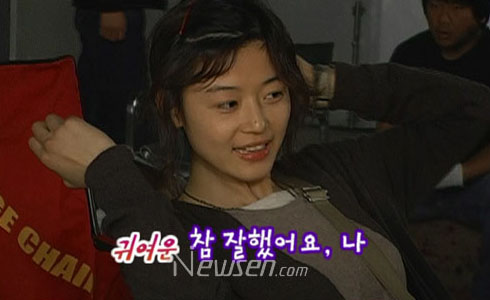 Aww.. thanks for this piece.. can't wait for the movie, seems like one of those feel-good type with really great acting backing it up.

HJM is just so unassuming.. in all the the characters he played. ^^ This time in his floral prints of greens and reds.. so hilarious seeing him with his onscreen antics.. quite the eccentric pairing with JJH.

hmm..i'm not sure if i like her hair. some of the pictures made her look really old. the movie sounds really good though, and i can get over the hair enough to see it.

WOW it doesnt even look like Jeon, I cant wait to see this movie i like all the others she's been in. :) thanks for post this Javabeans

can't wait for blood the last vampire had the anime. :-)