Breaking the fourth wall: Stars and their homepages 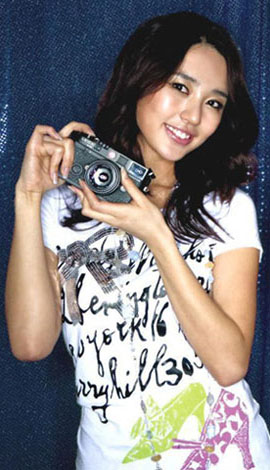 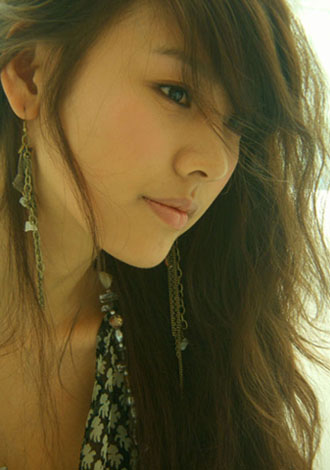 With this generation so internet-savvy, and the stars living in an overwhelmingly wired society that analyzes their every move, it’s no surprise that more and more, celebrities are using the internet (Stars: They’re just like us!) to reach out to their fans — in affection, in exasperation, and in defense of themselves.

Conveying malicious gossip via the internet

The 16th was a day when the internet found itself abuzz with singer Ivy’s plea, “Stop writing false rumors.” All day, her name remained the most-searched term online, and she censured the press in a posting she put up on her mini-homepage: “I can’t take you reporters just writing whatever you want to condemn a person. Please stop writing fiction, and don’t speak so recklessly about something you haven’t heard or seen for yourselves.” … 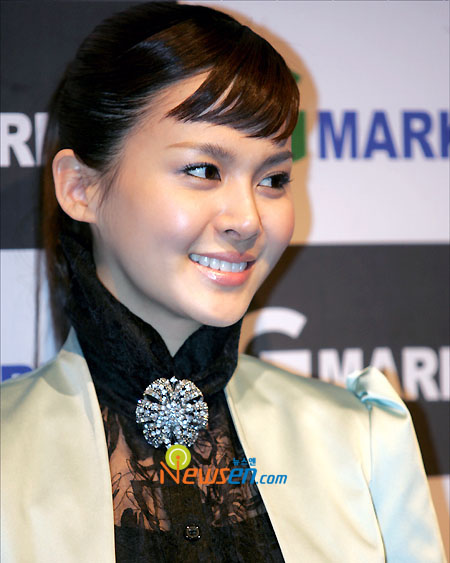 After receiving blackmail from her ex-boyfriend, who’d threatened to release a private video if she didn’t pay him, Ivy hasn’t been seen in public. A representative from Ivy’s management, Fantom Entertainment, addressed the issue in press conferences, but the much-shocked singer has remained unseen.

Ivy expressed herself on her website openly, but soon deleted her words. However, her words had already been conveyed to the entire public. These days, the number of stars expressing their opinions in a similar manner on their personal sites is increasing. It’s also another avenue for fans to attack and spread harmful gossip. With the abundance of malicious fan cafes and websites through which rumors can spread, which female stars are no longer in need of official reporter interviews? 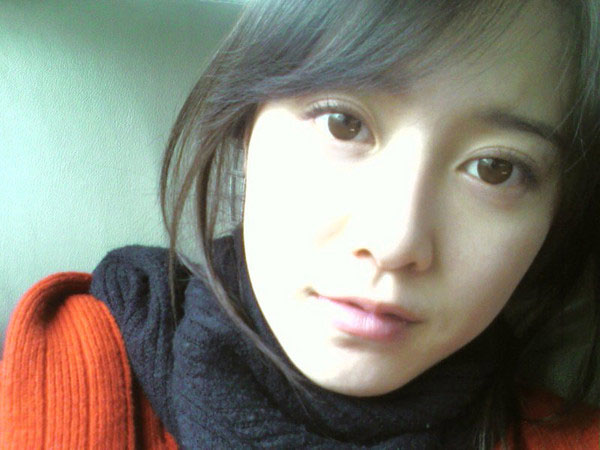 She explained that the lenses she wore weren’t cosmetic in nature, writing, “If you were to see the results of my eye examination, you’d see that I wear protective lenses because of my broad field of vision.” She explained that although it isn’t a problem in daily life, she has trouble with her ability to focus, so rather than look confused while acting, she wears the lenses.

I wrote on the circle lens thing here, which explains the critique in a bit more detail. Aside from that incident, Gu Hye Sun also went online when a friend and fellow entertainer was embroiled in rumors, saying, “Even if that were true, I wish you could treat a person’s personal life with a little more respect,” denying the rumors in a roundabout way. 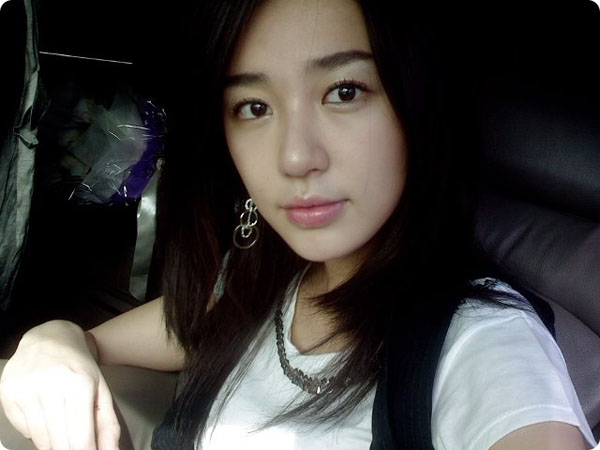 Yoon Eun Hye is one star who’ll rush to her homepage immediately to address rumors as soon as she hears of them. When it was said that dramas like MBC’s Que Sera Sera which starred Eric and Jung Yumi or Miss Mama won popular favor because of their strong lead actors, she expressed her frustrations: “I hadn’t decided to do Miss Mama, and after I’d consulted the matter carefully with my manager I decided it wasn’t for me, and we politely turned it down. The company didn’t want me to do Que Sera Sera, but I really wanted to work on it. But it’s not something I can decide myself, so I consulted, persuaded, understood, and in the end my body couldn’t hold out and I had to be hospitalized — you can’t blame anyone for that.”

Having shot to fame after acting in the drama Goong, Yoon Eun Hye had planned to participate in Goong S when a dispute arose between the two projects. She went online to explain her position, saying: “I don’t want to become involved in any fights. Whatever happens, I’ll make a statement on my personal homepage when a decision is made.”

The part about Que Sera Sera, I believe, is in response to implied criticism over Yoon Eun Hye reportedly dropping out at the last minute. There was some confusion over the casting for a while, and another story later came out that her management company at the time (with whom she’d been having protracted disputes) had cancelled her involvement in the drama against her will. Then again, her statement quoted above contradicts both accounts, so who knows what really happened. 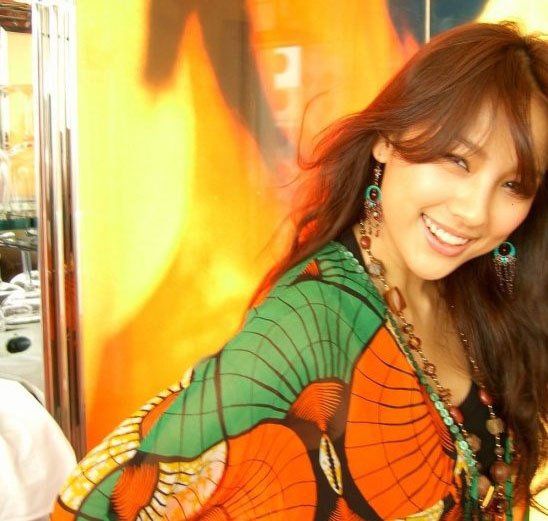 As usual, occupying the position as sexiest pop singer embroils Lee Hyori in malicious talk. When always at the center of attention, even the smallest mistake can turn into a larger issue.

At those times, Lee Hyori expresses her feelings of being wrongly accused on her homepage. Recently, she was supposed to arrive at a club in Kangnam for the Vidal Sassoon Style Party, which started at 9pm, but was criticized for her lateness in arriving about an hour later. Lee Hyori defended herself on an online cafe angrily: “They asked me to be there by 10 so I went there by 10. The location wasn’t prepared so I waited in the car for seven minutes before getting out. Is that what you call late?” She went on, saying, “Really, I don’t even know what to do anymore, it’s so frustrating.”

When it was discovered she was delinquent in paying her national pension fee for the past year, she made her apology on a fan cafe: “Truthfully, I didn’t know how to pay the fee, or what happens after I pay. A tax accountant helps me pay my taxes so that hasn’t been a problem, but I didn’t know about the national pension fee.” She continued, “As a public figure, I’m embarrassed for not properly taking care of my responsibilities. I’ll go immediately tomorrow to pay them. I’m truly sorry.”

With situations like this no longer a rare occurrence, it remains to be seen how fans will respond in the future. Although they like the idea of celebrities talking directly to the fans about their lives, one weakness is that it’s difficult to confirm whether these internet reponses are really coming from the stars themselves. It all depends on whether fans decide to accept these messages delivered via internet homepages as truth.

People on the internet think they know everything, that's the problem. Add the ability to talk smack without having to look people in the eye....that just brings out the worse in little kids and morons. I think it's one thing to make fun of a celebrity, but it's another to pretend that you know everything about them ...

But as a celebrity, it comes with the territory of having to deal with these type of morons...especially when you're a woman that's successful.

It's good that these girls have their say but the benefit of doubt will rarely be given by those who have no idea what they are talking about. Even if they do convince one person to cut them some slack, there's always going to be another idiot to take his/her place.....it's a never ending cycle.

While the internet is a great source of information, I believe one should take in all these with a pinch of salt. Stars defending themselves doesn't necessarily mean they are telling the truth all the time. However, I also feel the fans could be very harsh on the stars themselves, and knowing the stars need their fan to stay alive in this line, they have to keep defending themselves. The entertainment business can be vicious...

I feel bad for Ivy... I hope she can overcome all of this, because I don't think it's fair for news about her ex-boyfriend to hurt her career. We all have pasts, we've all had relationships... but because she's famous her ex-boyfriend has the power to hurt her in a way that regular people aren't able to hurt boyfriends/girlfriends who leave them. Plus... he damages her car and then demands money? Oh Please.

And with Gu Hye Sun... I guess I'm a hater because I don't believe her excuse lol.
I think that she just let wanting to look good on TV get the best of her.

With YEH, I'm glad she has a new company... and then I didn't even bother to read about Hyori. She kind of rubs me the wrong way. Sorry :( I don't want to feel that way, but I just do.

Anyways, I don't mind fans addressing the rumors. I'm sure a lot of the time they're advised not to, but I like a celebrity with an opinion.

As if someone with eyes as pretty as Ku Hye-Sun's are needed any help!!?? Why is that so many girls/women feel the need to be jealous of their "sisters?" Note to all of the "so-called" fans who's need for therapy drives them to degrade and invent venomous lies about those who are admired and successful; Get a life people! How is dragging someone else through the mud possibly going to improve your day?

well the truth is even the most beautiful girls have feelings of insecurity. so no, Gu Hye Sun's eyes probably don't need any help, but the same goes with many good looking celebs who feel the need to get plastic surgery.

I will never understand why people expect the worst of each other.

Praying for Ivy and her situation.

Have no reason to doubt Ku Hye Sun's reasons. Think she's doing a great job with the acting and that is what I care about

Still I am finding people really enjoy negativity and they don't care about checking sources.

I think it is horrible that these celebrities have to deal with these horrible rumors. If I were a celebrity rather than write, I would make a video with watermarks on the video. It's a more direct and personal means of communication plus its easier to authenticate. Paparazzi are an economy unto themselves. There needs to be more rules, restrictions, fines, etc placed on them. Webmasters etc need to moderate users and visitors more if they want to decrease rumors. And then overall, people relying on sources that are legitimate versus people like Perez Hilton etc.

Sadly, a lot of people feed on negativity and they use it to make themselves feel better. It's very sad indeed.

hey alot of ppl think ur hott, but im a girl so i can only say that u look awsom ; )

so cute and very beautiful!

yoon eun hye is more beutiful than others.. she is so lovely..
pretty.. and cute.. and she is a good actress... especially in princess hours.