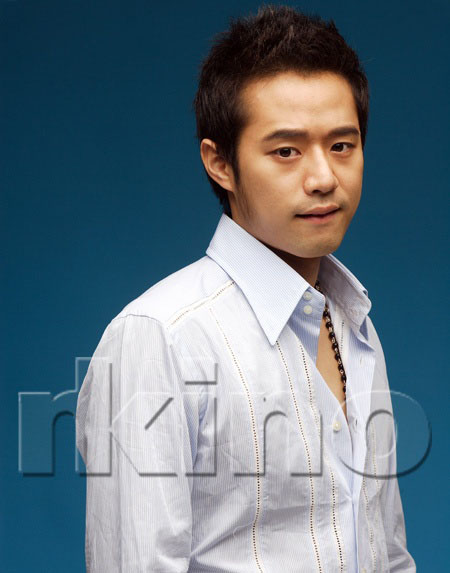 Baby-faced actor Chun Jung Myung‘s last project before beginning his military service early next year will be the soon-to-be-released film Hansel and Gretel, which opens on December 27.

The film is described as starting with the jumping-off point of “What if Hansel and Gretel hadn’t returned home, and had to live on in the forest on their own?” in a macabre fairy tale.

His character, “Eun Su,” finds himself lost in a forest after an accident and comes upon three children living in a house deep in the woods. Although he tries to escape the labyrinthine forest, understanding and warm-hearted Eun Su worries about leaving the children behind.

He’s spent the last three months filming the movie and even sustained a finger injury, acting without the hesitance one might expect from someone about to enter military service. It’s his first time working with children actors, with whom he grew close while filming. Even now, he exchanges text messages regularly with his younger co-stars, and he had strong words of praise for them: “They’re not just child actors, they’re my colleagues. Even working late into the night, the kids didn’t give up and kept going through the end, doing their best even while rubbing their eyes sleepily. I learned a lot from them.”

I’m pretty easily freaked out by horror or suspense films, but I have to admit it sounds (and looks) pretty interesting, if kind of creepy… 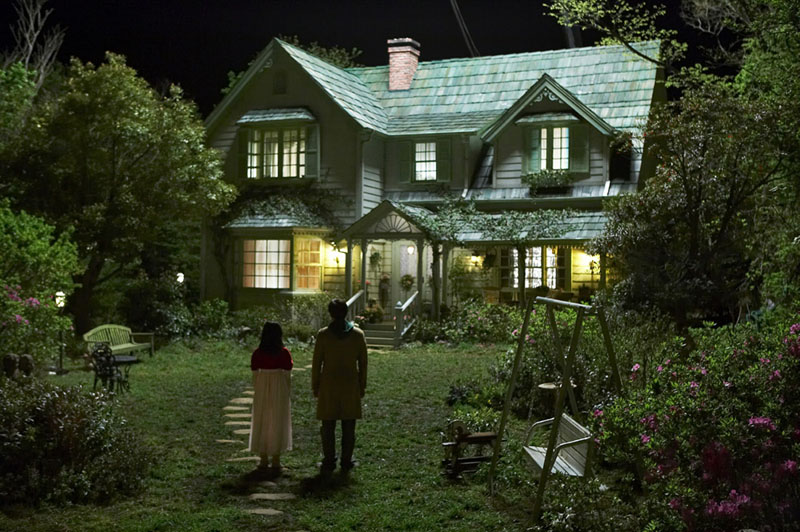 “The fairy tale isn’t over yet…” 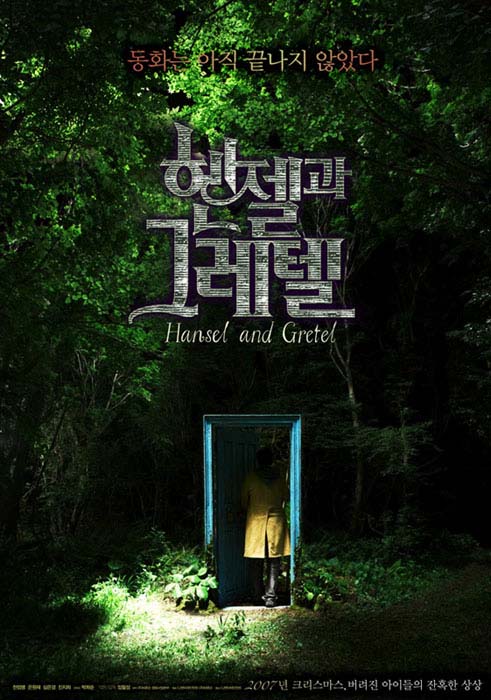 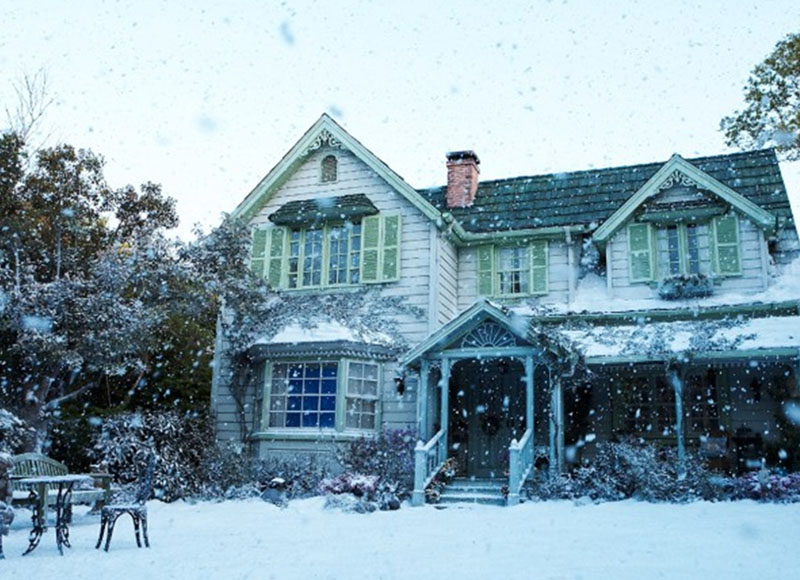 About Hansel and Gretel:

“On his way to meet his mother who’d left when he was young, Eun Su loses his senses in an accident. In the dark night, he opens his eyes in the forest, and finds in front of him a young girl. Like one entranced, Eun Su follows her to a “Happy Children’s House” where three children live. Like walking into a picture book, the house is a child’s heaven, filled with toys and sweets. But the phone doesn’t work, and however one searches the forest, there’s no exit to be found.

“Though nobody comes and goes, the table is always full of food, a peculiar crying noise sounds from the attic, and as though it’s informing the children, the mazelike forest always leads back to the house. From within these inexplicable happenings, Eun Su begins to sense these children harbor a secret. The mother fears the children, the father encounters one misfortune after another and disappears after leaving a note, and the children just make explanations that don’t ease his doubt. A few days later, just as though the children had planned it, another adult who’s lost his way appears at the house, and Eun Su’s nervous fears grow even deeper…” 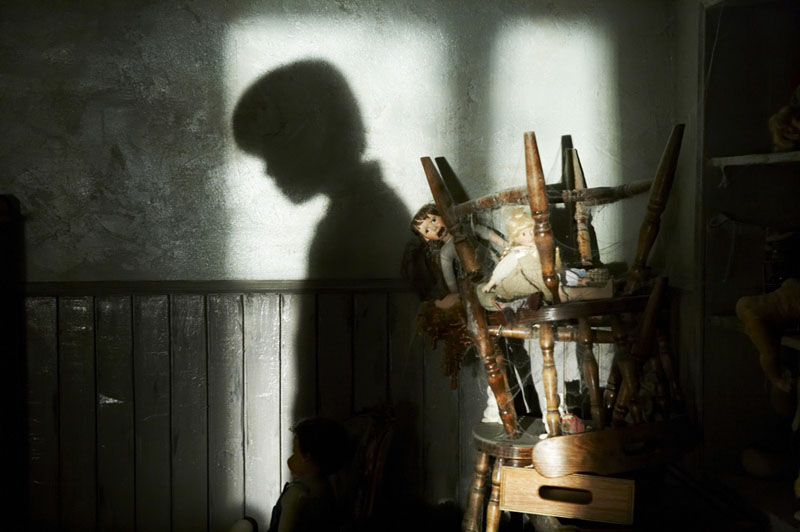 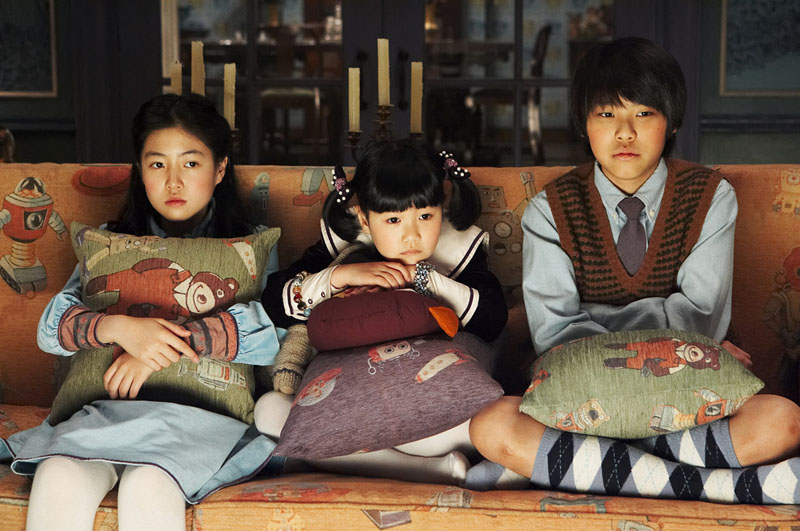 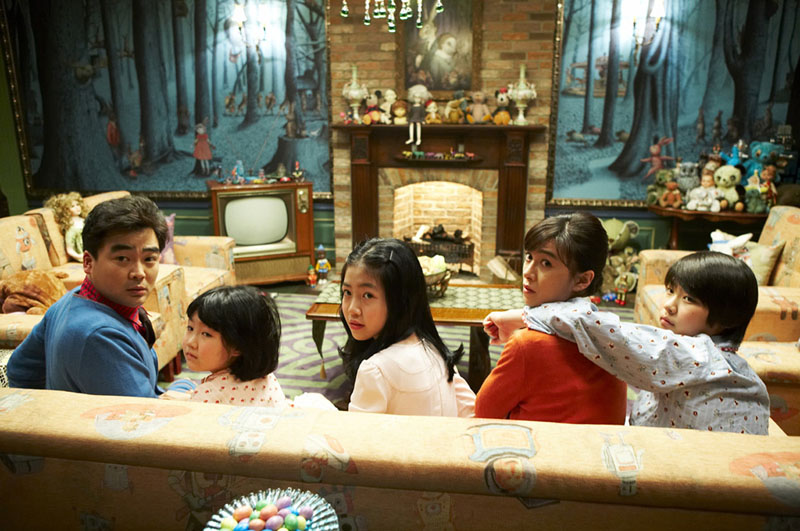 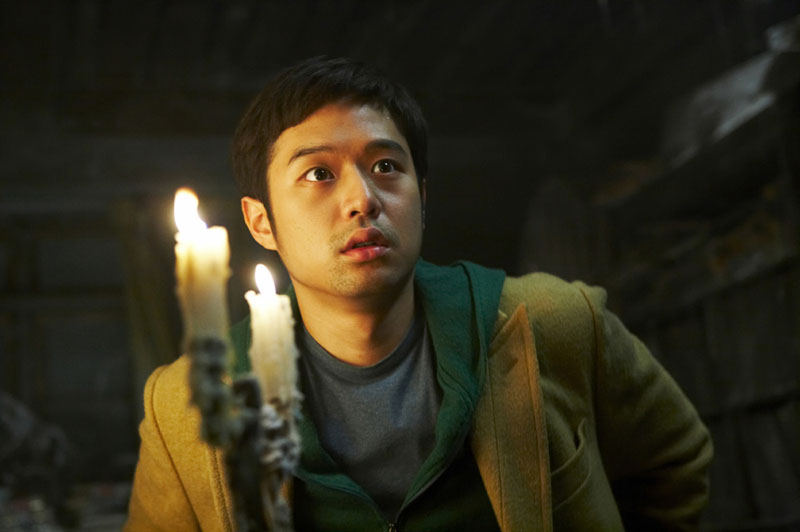 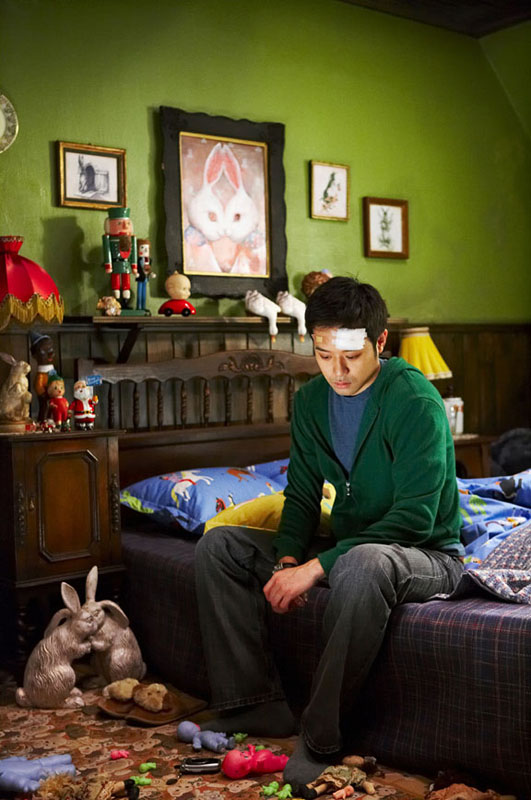 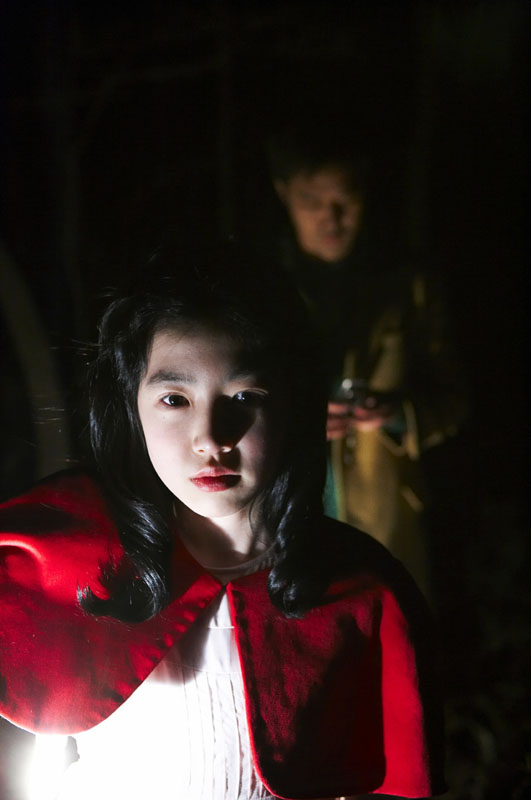 Are the kids like...eating the adults that wander in? O_O

LMAO at the first comment! ....
this movie sounds creepy...and i love this actor...his smile just melts my heart...i really loved him in What's Up Fox...

I hate horror movies. I usually take two to four months getting rid of nightmares. Worst memory was "The Exorcist" during six months I was scared to go to the loo because I thought a hand would come out of the hole -_- Plus I would jump each time I flushed the toilet.

It looks amazing though. If I was not such a scaredy cat I would probably give it a try...

The screen caps make it look tempting, but "The Exorcist" put off me off horror movies for life.

I thought CJM didn't match well with the actress in What's Up Fox, even though I tried hard to like it. He looked more mature before he cut off his beard.

I think I'm going to LOVE this movie. I love macabre fairy tales or such movies like Pan's Labyrinth.

okay--way off topic--and i know it is typical korean lettering, butsomehow the lettering style of the title ("한첼과 그레텔") in the movie poster reminds me of tetris and i start seeing a version where the falling blocks are parts of korean characters that have to be combined to make letters, words and phrases.... i guess i need a break....

i don't like watching horror movies either, but i'm interested about the plot of this film. where do i go for major spoilers?

oh my!! the plot is so intriguing! i really hope they execute it well.

looking forward to it!!

the cinematography looks interesting.. i'm def going to check it out... its different ... awww the lil girl is the same from "Alone in love"... btw if you haven't checked out that drama you should.. great, fresh drama...

Thanks for the preview, javabeans! The plot sounds intriguing and I'm definitely looking forward to this movie for Chun Jung Myung.

Wow...this seems really interesting. Another horror film based on a fairytale, like A Tale of Two Sisters. It seems really thought-provoking, though. I'm interested about how it will turn out. Definitely one I want to see...

the caps are interesting and creepy at the same time..
I like Chun Jung Myung..I may watch it when it's out...but I hate horror things..

i already love it haha. can't wait to see it. the set looks amazing!

this looks so interestinggggg but i hope its not really really scary. cuz i cant stand horror movies

Chun Jung Myung...such a cutie..
Loved him in What's Up Fox.. can't wait to see him on the big screen!

I want to watch this!!

ya the young actors he is working with are probably among the best in among their age . ^^ btw the boy was little bin in Fashion 70s
here the official site for the movie with the teaser trailer
http://www.lovehansel.com/

the movie looks interesting and i love chun jung myung! i've only seen him in 'What's up Fox?' so i'm very curious to see him in something other than light romantic comedies.

I hope it does not disappoint...I haven't seen any good Korean movies in a long time. I'm hoping to break out of this mediocre movie rut i've been suffering lately!

yup i like this kid.... after seeing him on chap 1 of WUF... i swear... am going phedo here.... i lurv the grunge look he had before he cut his hair short... i thought he was soooooooooooo hot in the first few scenes of that series where his character was supposed to have just came back from africa (?) Am saddened that i wont see him in the nxt 2yrs after his military service... am not into horror flicks anymore... after 'THE RING' i could not longer watch any ... but for him... am going to see this ... it's spooky the way you laid out the movie's plot... but i think i can manage...

after reading on this i told my friends about it and well, we'll see. am such a coward when it comes to horror films...

I love him, but I won't be watching this movie. I can't even watch chucky for crying outloud! I'm such a scardy cat *sighs*.

We are desperately waiting for Chun Jung Myung until he finish the military training.We repeatedly keep on watching all his movies and telenovelas.

Chun Jung Myung…such a cutie..
Loved him in What’s Up Fox.. can’t wait to see him on the big screen!

i luv chun jung myung when i saw him in koreanovela "fashion 70's" as chang bin. i like his bad boy character.....

Six months to go before release....

I hope he does another drama as soon as he is done with military service.

If you have not watched Goodbye Solo, you should. It starts slow but the character build-up for CJM is sooo good. He also looked so sad in the movie you just want to be the one to take care of him... LOL...

i still cant get over childs play..!god...thats the scariest movie for me..n till now still havent recover from it..

I never really like watching horror movies but I never regret watching this movie! The actors are AMAZING! I am really touched with the movie. There are so many values and lessons which you can learn while watching this movie particularly in parenting, I wanted to give credit also to the exceptional portrayal by the actors, I LOVE CHUN JUNG MYUNG AND SHIM EUN KYUNG! Can't get enough of CJM..

this looked promising.. i wish there's still a copy of it somewhere in this jungle of internet...