Song Seung Heon on the prowl for his next drama 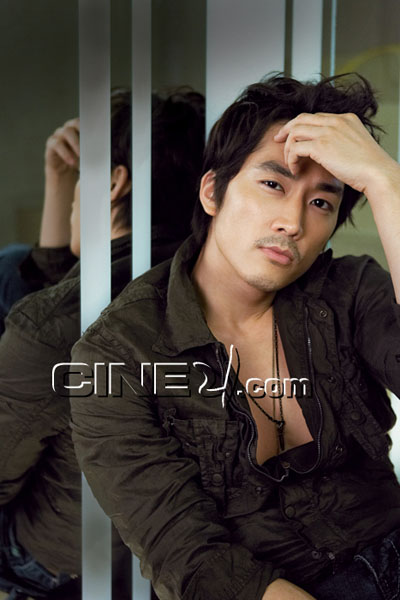 Top Hallyu star Song Seung Heon completed his mandatory military service some time ago but hasn’t been seen in a project yet. The man’s popularity was so high that producers and broacasting companies were scrambling in anticipation of his release to nab him for his first post-army job, which was just as eagerly awaited by his legions of fans, a large contingent of which comes from Japan.

Anyway. So he’s currently filming a movie, but the broadcast stations are angling to be home to his next drama project. Presently he’s deciding between the lures of KBS or SBS (what happened to MBC?). Of the projects he’s deciding between is the KBS2 series to air next March, Persona, a joint Korea-Turkey noir drama that plans to also license broadcast rights in Europe.

On the other hand, he’s got a project to consider at SBS, working with the PD of the recent megahit drama War of Money, who can’t reveal anything about the drama just yet.

Song Seung Heon has worked with both stations in the past, appearing in KBS’s dramas Summer Scent and Autumn Fairy Tale, as well as SBS’s Law Firm and Popcorn.

whoops, and law firm and popcorn are sbs. got the names mixed up.

sarahbeans..thanks so much for this post.. ehhe.. Song Seung Heon is my all time crush.. lmao.... really hope to see him in a drama soon.. ( and I am already excited to fight off dramaok and the rest of the girls in the bimbo club at soompi -who are constantly drooling over this hottie *sigh*- such a tough battle).. to be honest.. it really doesn't matter which drama & station.. cuz WITHS2 will definitely sub & rock the project.. hahaa.. can't wait!!! - back to fangirl mode.. * faint multiple time at the hot pix & the man himself already*.. ehhehe

totally off topic but.. am I the only one who thinks this pic makes him look like he has CLEAVAGE? haha
can't wait to see his next projct - super SEXY he is ^^

Love how you dedicated a whole paragraph to how pretty he looks. LOL!

yeah thanks for posting this. i'm not head over heels for SSH but sometimes i think he's very cute indeed. except when he was in summerscents. the fashion lines were appalling and oh my god his hair!

I remember watching Autumn Fairy Tale with my mom and it was one of the first times I heard her exclaim, "WOW, he's very handsome!" Keke :)

No to MBC because he ended in bad terms with the studio many years back. Remember that sitcom back in the late 90s "남자셋 여자셋"? "남자셋 여자셋" was the reason why he rose to fame. He left the sitcom abruptly during its peak so he can take on other projects with this new found popularity...which didn't make MBC happy. As far as I know...he has been banned from appearing in any MBC projects. Just wanted to let you know.

What happened to the drama, "City of God," he was going to do with Han Ga In? Or was that never confirmed?

He's a little too pretty for my taste, but he's definitely a looker. My mom is obsessed with his eyebrows, lol.

Yum! Yum! Yum! His acting may not be the best but who can see past that face?! I can't wait for Destiny to be released...and subbed! Haha

I haven't seen any of his dramas but I've seen one movie. He's super hot. Major eye candy. I normally "fall" for the characters actors portray but in this case, it's all pure shallow adoration of his look. The hottest Korean male ever in my humble opinion.

ooooh, excited to see him in anything!!! :P

Ah, Yuki_Muto, thanks for the additional info. I remember that old sitcom (Three Men, Three Women), but that was during my "I hate all things Korean, god why couldn't I be born white? Life would be SO MUCH EASIER" phase of life then, so needless to say I wasn't exactly following the Korean entertainment biz at the time. ;)

lol.. ur right he is pretty.. just too pretty sometimes.. hahaha i dont like his summer scent hair though..
i cant wait for destiny (because of KSW my love, hehehe)
well.. i cant say he is the best acting wise but he can sure pull in the ship load of fans kekeke ^^

SSS is my favorite korean actor. He is so good in EOE. Especially the ending when he got shot and died in the arms of his loving brother Dong Woo. His performance is so realistic, a superb actor. He is the king of drama and action alike. Fantastic actor.