Working child celebrities to the bone 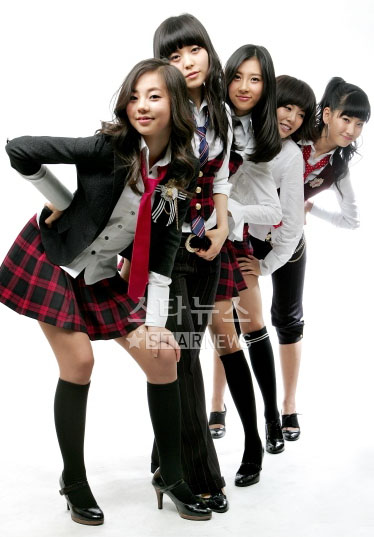 I suppose this makes Part 3 in my unplanned Child Stars series (Part 1, the Golden Age, and Part 2, the oversexing thereof).

I’ve always wondered at the way these kids are (over)worked, and why their activities aren’t more regulated. There ARE laws, but as the article points out, they’re largely ineffectual. I suspect the bottom line always wins out, and with management companies running what amounts to basically short-lasting-celebrity machines, these Lolita-bots are milked for all they’re worth — ew, sorry, unintentional (mixed!) metaphor — before being cast aside into old has-been territory (at the ripe old age of twenty?). Or whatever.

I suspect legal ramifications need to be enforced, and strongly. In the States, you work with child actors for your allotted hours in a day, and once they’ve maxed out their limit, you’re done. No “one more take” or “but we’re almost done!” You work with them while you legally can, and then you deal with it.

Child Actors and Singers and their Killer Schedules

“In Japan, teenage entertainers are prohibited from appearing on air after 10pm.”

Young teen stars were the center of attention in 2007 in the entertainment industry.

As adolescent entertainers win over fans, concerns have been growing about whether their excessive schedules could cause harm or have unwanted repercussions on their health. … 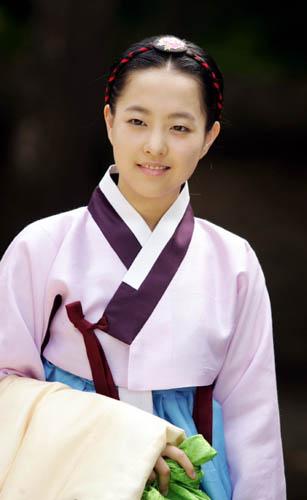 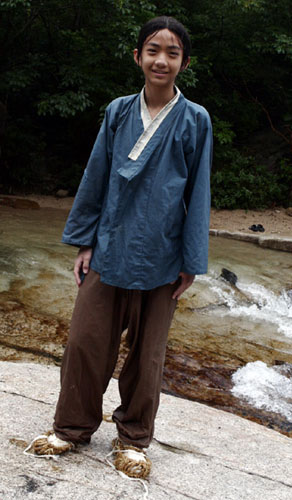 The young actor playing Oh Man Seok’s childhood role in SBS’s Monday-Tuesday drama King and I, Ju Min Su, suffered a car accident on his way to work and had to have emergency surgery on his spleen, then went to continue filming. On top of that, the young actress playing Gu Hye Sun’s childhood part, Park Bo Young, had to act with Ju Min Su while soaked in water for ten hours. It’s a schedule harsh even for adults to handle.

For adolescent singers, it’s the unrelenting constancy of their schedules that makes them severe and difficult to endure. They have to participate in musical and arts programs that broadcast every week, while attending school in the mornings. Aside from those broadcast programs, there are district and county festivals, university festivals, and other outside events they must attend, leaving them no spare time to rest.

Sun Ye, the leader of the group Wonder Girls, who have been on the receiving end of negative criticism about their singing skills, recently said, “These days with the changing of seasons, we have to take good care of our voices. But after chasing such busy schedules, I haven’t been able to sleep much, and as I thought, it hasn’t been good for my voice. Yesterday, I was so busy with our activities that I could only sleep about two hours, and I’m really lacking sleep.” 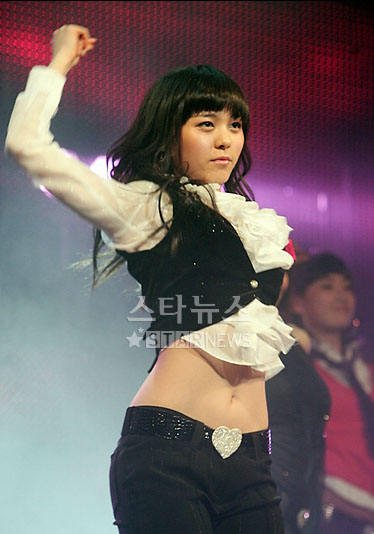 The Labor Standard Act, which restricts labor by those aged between 15 and 18 to seven hours per day, and forty hours per week, hasn’t not been successfully applied to these young entertainers. These young entertainers step into the industry as minors in the hopes realizing their dreams of becoming stars, giving up all of their time (even time that should go into developing their own minds and bodies) to their schedules.

In Japan, youngsters under the age of 18 are prohibited by law from appearing on broadcast programs after 10pm. In Japan’s largest year-end broadcast, NHK’s Red and White Competition, underage groups and singers participating in the show all appear before 10pm. After that point, only adult entertainers appear. The same goes for other broadcasts and even radio. Any underage stars appearing on shows that air in the middle of the night are pre-recorded.

Allowing these young stars to continue in these grueling schedules for the sake of their immediate popularity is an exceedingly short-sighted concept.

The more child actors I see on the screen, the more I wonder how much stress and pressure they had to undergo just to get a couple minutes of screen-time. Sometimes I think the world relies too heavily on media to bypass a couple of hours of their day. I mean, it's great and absolutely fun to watch well-scripted dramas and movies with beautiful sets, but is there a limit to how much we can indulge ourselves? Isn't overindulgence kind of a bad thing too? lol just curious.

I think kids should be allowed to be kids first and "workers" second. I was a kid in company troupe and we would work till about 10pm (after a full school day with additional classes and practices in between) then I would rush home to eat & finish my homework & study before concussing. By which time it would be midnight or after and I had to wake at 5.30am for school.

During performance season, it's worse. You don't even have weekends off as you have matinee performances as well as evening ones. You could never go for outings or excursions after school for anything as you have to be in practice or working. No one would invited you to anything anyway after they realise you are always in studio practising or performing. You could not complain to anyone without sounding ungrateful, spoilt and/or whiny.

It's a lonely life being a child "worker". It was lucky I loved what I was doing but I would never subject any kid to that unless they themselves want to. There should be stronger laws to protect kids from "star parents" and managers.

agree. and I think they should enjoy their childhoods first or at least finish their studies. Or I'd think they're just gonna end up like most of hollywood child actors

there are child labor laws for a reason. please. there's no excuse for child exploitation (not even the stupidity of the ones involved).

For real ~ these kids need to get some rest before something worse happens. I totally admire them - I slept four hours and I feel like shit - and I only was awake sitting around and doing a three page paper.

I really feel bad for these kids! I'm only in college and I feel the strain of all the work. Just imagining what it's like to take on such a huge task as managing school, work (acting/singing/whatever), and life (what life?) at such a young age makes my head ache. I'm sure there are some kids who are doing this that really love it and all that, but seriously... There are limits to ALL people, but especially kids.

"suck it up"?? thats extremely harsh and unwarranted. None of us can be in their shoes and make such insensitive statements, part of the reason these stars work themselves to the bones for their fans.
Yes, they wanted this (or maybe sometimes they didn't but had to do it out of parental pressure), but clearly at their young age they can't possible clearly know what "this" is. What they wanted was maybe be recognized, be famous, be a star like their own idols or earn money if they came from a poor background. I don't think any child star realizes at their tender age that this comes with grueling work, over-filled schedules, exploitation and their youth dwindles away as they work, barely being able to enjoy the fruits. I'm not saying they don't benefit, but one can't make unreasonably demands and stretch them out thin because they auditioned voluntarily. Its unfair and wrong, so sentiments like they deserve this and they should have known only add to it. Its a balancing act for them too, work and school and often being away from their family, and they should be given the understanding, the sympathy, the concern, and the leniency that may be necessary. Lindsay Lohan and Macauley Culkin may worked hard as a child actor, but never as much as Korean child actors and the young pop-groups trainees do. I have a great deal of respect for almost every young artist because of that--they work hard, very hard, and are exploited, but they don't turn wild or become arrogant or ungrateful to their fans. In return, they should expect some kind of protection, and attention to their welfare, esp when the situation gets so that a child rushes to a shoot after an accident! It does worry me when I hear these stories, and whn I realize how young some of the famous singers/actors are who seem to be working almost all the time!
Hope this is recognized as a problem and there are those who realize they shouldn't have to "suck it up": they are also kids who need space to breathe and realize what they really want, and take care of their minds and bodies.

Think before you speak (post) please. You may think it's a trade-off for the glamorous "celebrity life" but there's a lot (and I mean, a lot) of behind the scenes work that you are not aware of.

Poor children. They should be hanging out in the mall with their peers and boyfriends/girfriends, watching DVDs and listening to mp3s while window-shopping... not being overworked like this.

I think Boa said something along the lines of..."you can't hit two birds with one stone..." when talking about sacrificing for a dream.

anyways, I do think these adults who are educating them need to slapped around and wake up before one of their own talents either committ suicide or dies from exhaustion. It just seems like that will be the only way for the working conditions to change.

wow. i've never thought of celeb stuff as child labor before but now that i've read this article, im seeing the whole thing in a new light.
and yeah, the whole suck it up and having wanted it.... im the same age as those wonder girls, and i really think that if these underaged kids, including me, were so capable of deciding what they really wanted and proceeding in order to achieve it this boldly, they wouldn't set restrictions for when you can drop out of school, vote for president, etc. basically what im trying to say is that you shouldn't think that their decisions are necessarily what is best for them nor what they truly want and their judgments cannot be the justification for everything, even this wrong overwork.

greenteacrepes, thanks so much for the re-uploading help!

They just want to earn money and then make teend suffer a lot. And because of this, artists are performing poorly...

I hope this would change.

I like how the US and Japan have laws to look after the young ones. Maybe one day South Korea will step it up and take care of their own.