Korea has a new Little Sister 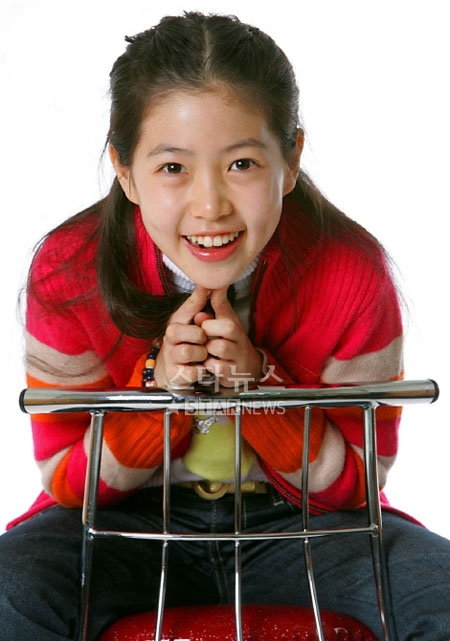 It’s Shim Eun Kyung, the bubbly, lovable budding actress who already has a noted resume despite her tender years (she’s a 1994-er). Not only has she played the children’s role for major characters in well-known and well-received dramas (she was Ha Jiwon’s counterpart as young Hwang Jini and Lee Jia’s as young Sujini in Legend), she’s also a scene-stealer. 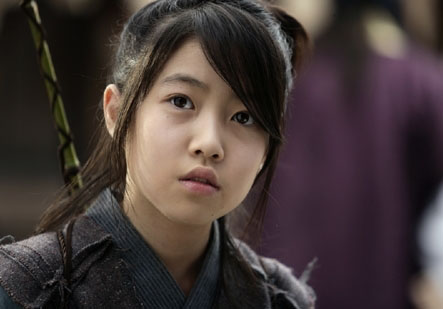 The actress first caught our eyes as young Sujini in the recently aired MBC drama Legend and as young Hwang Jini in last year’s KBS drama Hwang Jini. Now audiences can expect to be captivated by her mysterious air and clean-cut image “Young Hee” in the new film Hansel and Gretel.

The film — which is Chun Jung Myung‘s last project before enlisting for military service in January (sadness) — shot for four months, and the hardest times for Shim were shooting until the early morning hours, sometimes as late/early as 6am, then having to get up early to start filming again. (Side note: I cannot believe they would do that to children. Don’t managers exist for a reason? As in, take care of their clients, not just make money? And where the hell are their parents?) But:

Although there were many killer late nights, Shim Eun Kyung threw herself whole-heartedly into the work, and she and her co-stars manage to display their emotions — sadness and anger, joy and affection — in their entirety onscreen. 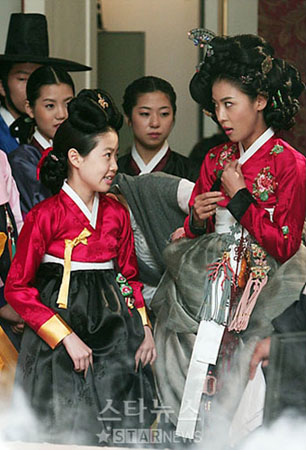 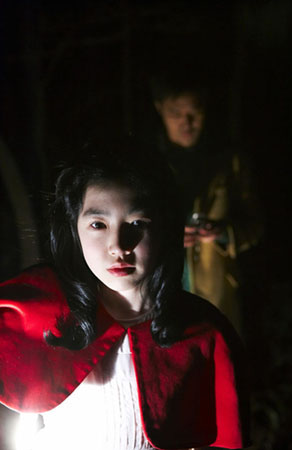 She really impressed me in Hwang Jini so I think she's great. It's sad that child actors have to work that hard though. Aren't things regulated?

wow. she's awesome but i feel bad for her. she looks so cute and innocent. i hope she's not going to get surgery when she grows up like most of the actresses b/c she's pretty.

i dont know why but the first picture reminds me of the girl from attic cat who committed suicide (forgot her name)...

and i can't believe they work these kids that much...my goodness

she looks familiar to me... that's because she also played the younger version of the heroine in "Sweet Buns" (something i'm currently watching).

d0a2 - i believe youre thinking about jung dabin...pretty sad she committed suicide at such a young age...

Her dimples are killing me ^^
Among all the child actors I'm looking forward to see the growth, she's at the top of my list with Seo Shin Ae, the little girl who acted as Bom in Thank You.

Like d0a2 hope she doesn't get her face done once she's older. But maybe the fact that her face is already well-known may make her think twice before doing surgery. It's a real pity this "surgery fever" they have in Korea. When I was younger I used to try to stretch my eyes so that they made slits like Asians. I thought it was really pretty ( well though they're not like Asians they're still small enough to make slits when I smile).
It's funny how Asians like to have bigger eyes when all my European friends like these small eyes they have. They find it really cute, me too by the way.

But her eyes are already big and round, no use changing them.

Sometimes I find their awesome career as such a young age a bit depressing. I mean I look at my life, it seems like I've done nothing and when I look at them. Gah Depressing.

Still, the person who made me the most depressed in my whole life is Laure Manaudou, the French swimmer. When I think she's the same age as me, she's truly a monster.

my wife is a gangster???

The elder is SHIN Eun Kyung. I sometimes get the names mixed up too.

This girl has a lot of stage presence. She really shone in Hwang Jini.

She's indeed a talented actor. I loved her in Hwang Jini, in which she displayed such deep and innate acting skills.. she was even more adorable in The Legend. She's my fav along with Seo Shin Ae from Thank You..hehehe...

Dont forget Kim Hyang Gi, she's so adorable and cute in Bad Couple that it makes me wants a daughter too.

you are my super idol kid your so very cute eh you know my favorite tv show here in philippines is hwang jini and the legend specially ung part that hwang jini and sujini as in im very hapi because your so good in that role and youre hairstyle is so cute and i try it on my hair you and me are look alike!!!!!

hello!!!!you are a beautiful girl.please join with me in my e-mail

Oh yeah she's cute and a good actress but I agree with *annieeeeee * Moon Geun Young is way way better and cuter! I mean she's just going to get better as she grows older and become really beautiful (natural beauty) FIGHTING MOON GEUN YOUNG! Can't wait to see you're new show "The Painter Of Wind"

i think moon geun young is better.
but that is ok.

i really like Shim Eun-kyung because she is lovable. If ever, I would like to have a SHIM EUN-KYUNG and YOO SEUNG-HO TANDEM (both from THE LEGEND), I WOULD BE SO HAPPY IF THEY WILL BE PAIRED AS A LOVETEAM....GO EUN-KYUNG AND SEUNG-HO!