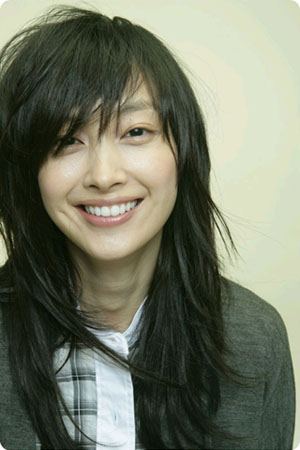 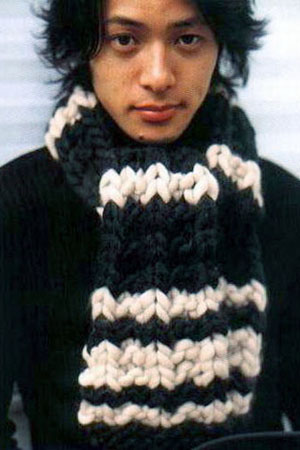 (Although Kim Ki Duk is entirely underrated in his own native country, at least he’s gained much-deserved recognition outside of Korea as a premier arthouse director as the force behind such films as Spring, Summer, Fall, Winter…and Spring, 3 Iron, Samaritan Girl, and The Coast Guard.)

The film, Bi-mong, draws an unusual love story between a man believing dreams to be reality (Odagiri) and a woman who experiences (suffers from?) sleepwalking (Lee). She encounters the man’s dreams in her reality, and wanders among his dreams as a mysterious figure.

This will be Lee Na Young’s first project back after a year’s absence following her 2006 film Our Happy Time, aka Maundy Thursday, which also starred Kang Dong Won.

The article doesn’t give an indication of the language issue — does Joe Odagiri speak Korean? But then again, 3 Iron proved that Kim Ki Duk can work wonders without any words at all.

Yay!! He's my favorite Korean director, so I can't wait to watch it!!! And the plot sounds just awesome. Thanks for the news. ^_^

Is he the same directer of the movie "The Bow"?

Because if that is so, the entire movie has very few lines, yet spoke volumes.

This also sounds amazing... I can't wait for it!

wow, lee na young in a KKD movie! i wonder who approached who first. this pairing is intriguing for sure. the plot sounds a bit like the surreal tranquility of Last Life in the Universe.

That sounds like an awesome movie :) Yes, he is the same director who did The Bow, I just checked him out on Wikipedia :)

I've only seen 2 Kim Ki-Duk movies (The Isle and 3-Iron). Both were very intriguing and beautifully done. Definitely not your everyday melodrama! I'm really looking forward to this film when it debuts!

the film sounds interesting... dig the choice of actors...

LNY and Joe Odagiri are good actors so i can't wait too see this. LNY was really good in Maundy Thursday. i cried my heart out watching it.
with KKD directing it'll be interesting to see how he plans to film it.
his movies are really something.

Chen Chang in 'Breathe' didn't speak a word either... maybe it'll be the same for Odajoe? not sure..

i love Kim Ki Duk films.. my favorite would be 'Time'

Yayyy! I love Lee NaYoung. Something about her is just so pure, natural, and bare without the superfluous 'whatevers.' Can't wait.

Oh, btw, your song doesn't match with its title you put up. =\\ Boo. It's a ballad instead.

Oooooohhh! Sounds like a really promising movie. I enjoyed 3 Iron and Odagiri Joe is a great actor! Lee Na Young looks really pretty with longer hair. For some reason I always see her with short hair. Hope I'll remember to look it up once it comes out!

Joe did mention in his engagement press conference that he was going to do a movie abroad so this it.
It sounds really fascinating, I want to see this.

Oooo I want to see this. XD

Gah, the man did the bow? The Bow was strangely interesting and good despite the old man groping the girl hehe~~~ BUT YES JOE ODAGIRI. HOT. And a really good actor. I'mma gonna watch out for this~

I always read something good when I stop by your blog. I am sooooo looking forward to this, thanks!

I've always been excited to watch collaborations between asian countries on film so am going to watch this when available.

I can't really enjoy Kim Ki Duk movies because his films are kind of boring like an old B&W samurai movie, but I respect his craft. I just wish he would step away from the abstract complex relationships between two irrational people who barely talk and do a comedy or something. He's just becoming redundant like Mel Gibson and his need to do epic battle movies.

Mix in a Korean Victorian black comedy or a western werewolf action flick into your diet Kim!

Kim Ki Duk is a fabulous director and Joe Odagiri has always been this sometmes quirkily fun, sometimes really intense actor in JDoramas, so it will be quite interesting to see the outcome

But then again, 3 Iron proved that Kim Ki Duk can work wonders without any words at all.

Yay for Kim Kiduk! I love his movies~ he sure is underrated but definitely one of the best~~ I dont find his movies boring at all, the quietness alone captures the silent emotions of the characters. There is beauty in solemnity I guess.. cant wait ^^

Loved 3-Iron - I was amazed that I could enjoy a movie where the leads didn't need to speak and yet said everything!