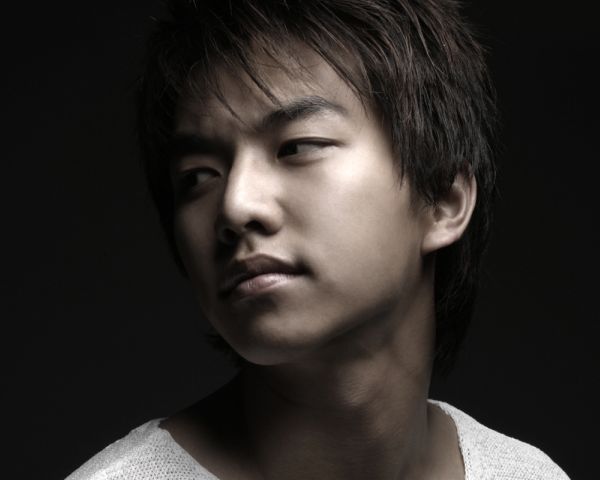 In the year following the 2006 KBS2 drama Infamous Chil Princesses, Lee Seung Gi has mostly worked on his singing career. His upcoming MBC drama as the titular hero Iljimae, scheduled to air sometime in the first half of 2008, is to be his acting comeback.

But MBC is finding it difficult to meet that timeline and has pushed back its projected broadcast yet some more. Despite what seemed to be an initial mad dash to claim the telling of the folkloric Iljimae, MBC’s and SBS’s versions of the drama will not be airing at the same time. The SBS version starring Lee Junki and Han Hyo Joo has a fixed airdate, set to begin broadcasting in April, despite the fact that they were working without the benefit of the original source material, a well-known graphic novel/book series. MBC had secured the exclusive right to adapt that material for its version.

Currently, MBC’s drama is still trying to finish casting the series, as well as scouting out locations to film. PD Hwang In Roi, or, as I call him, That Guy Who Did Goong, is busily looking at possible filming locations in China. One source from the Iljimae production side said, “Rather than rushing into production, the producers agree that it’s more important to be better-prepared.”

So, fans of the balladeer may just have to wait a little longer to see Lee Seung Gi back onscreen. In the meantime, there’s always Lee Junki’s take on the heroic character — I just hope SBS’s series doesn’t take all the excitement and anticipation out of the MBC one, although I suspect they’d probably love to do just that.

I can't help being a lil happy at this news....(Don't kill me, all Lee Seung Gi fangirls!)

I don't have anything against the guy, I just love Lee Junki more. Hopefully the earlier air date will give his series more of an advantage. Then again, it depends upon the series itself....?

I didn't know MBC's PD was the guy that did Goong. If he can bring the same type of beautiful sets and scenery, camera, then that pretty much gives another pretty drama to look at.

It would've been interesting to have both air at the same time, though! ^^ A battle of ratings would issue.

Okay, at fist I thought there was only going to be one Iljimae, but I guess there's two...?

Waaah. Company rivalries make this so much more confusing, but I wonder which series will come out on top...? Hmmm...interesting...

I was really looking forward to his version more than the other. But im glad they choose to get quality over being able to dish out the drama that's just put together. I will definitely wait. I agree that SBS will jump at the chance to pull the latter but still. I look forward to that one just cause i like HHJ. Not the male lead. hahhaha

I don’t get surprise as much for this. Time has been going by since I’ve heard about this drama , while there is a bunch of information for SBS version , the MBC one is still very quiet. So here is the reason.

I can’t say exactly this is bad or good news for his fans. But at least, its good for him and the rest. Since I have a little concern about SBS version with the solid actor Lee Junki, but as a fan, I believe in Seung Gi’s acting. Its good they’ve made the decision not to drive things on the rush and put up the quality. He needs time to prepare some skills for his first history drama. Which will be aired first doesn’t affect so much, though the later one might get more pressure. But again, I believe in him and the one who made a great Goong.

I have a growing vibe that SBS's version is really going to take the cake....and now that it's airing earlier...it'll probably take a huge chunk of interest out of MBC's version. :/
We shall have to wait and see.

So it's gonna be delayed? Ahh..too bad, I was really more anticipating LSG's version compared to LJK's version.. hehehe...

I saw LJK's Iljimae image, and I must say he looked extremely COOL..again with that vicious eyes of his. He's good at it.. hehehe..

But anywayz, I'll watch both! XD

Hmm.. and I thought they were gonna air both of them at the same time... now that LJK's one will be out before LSG's then most of the plot will be give away... I'll still watch both of them to support them~ :]

Lee seung gi is a talented actor. His film will be very good . Wait and see. Seung gi fighting!!!

i luv lee jun ki he deserves everything

save da drama for ur mamas! pple who dont like lee jun ki!!!!HHHAAAHHHAA

Idk but i fell in love with LJK version. It was good. I guess that the LJK ver is something that you need to watch thru out without stopping at the first few episodes. =D

if you dont like someone, there is no need to hurt him/her...

uh... apparently there is ANOTHER Il ji mae drama with Jang Dong Gun... so many Il Ji Mae dramas == ""

Lee jun ki! ^ ^ I must say 'iljimae' is not bad. I just finished the whole series today :D Looking forward towards the other iljimae version too.

SBS iljimae is one of best dramas ever made!

but man, the mbc version is so boring and draggy..i don't think i will be capable of finishing the damn thing :)

look now to LSG! he's now famous on his own....wanna proof? what about his latest drama SHINING INHERITANCE isnt it they always top the rating from start until the end?