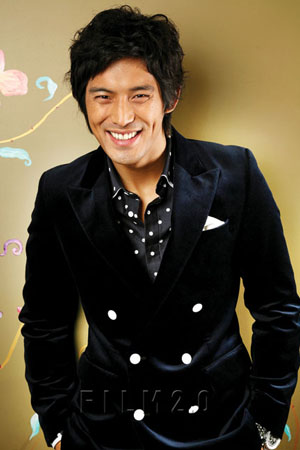 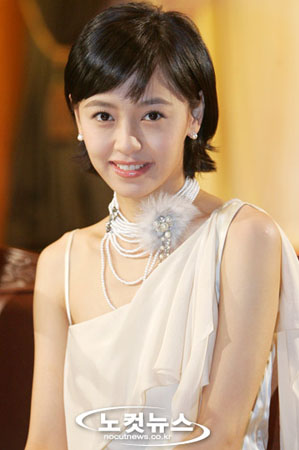 Hard-bodied actor Oh Ji Ho has been cast in his next role — as a single dad, in the KBS2 drama Single Papa in Love.

Oh costars with Kang Sung Yeon, who also appeared in the film The King and the Clown and the drama Let’s Get Married, in the drama about a man raising his son alone after being abandoned by his first love. By day he works as a pest exterminator, by night as a martial artist. The baby momma is played by Kang, a cold and proud woman who left her family to study abroad (ah, the ever-useful plot device!) as a pianist.

Oh Ji Ho’s last drama may have flopped, but he fared well in 2006’s Fantasy Couple. And while there have been plenty of single-mom dramas and movies out there, the single-father angle has been explored much less frequently. Although, given how Oh’s character in Fantasy Couple was very nearly a single father (single uncle, raising three young nephews on his own), perhaps this role won’t seem so unfamiliar after all.

Single Papa will follow Bad Love and airs in February.

Hmmm... interesting.. so i take it the plot will go the woman tries to win the family back? or something like OJH tries to get her back.. she's not happy after the whole lets go abroad thing?

so would this be considered another comeback vehicle...um, after the last one?

Mildly interesting. I will wait for your impressions. hahah :)

any idea who the drama's writer is/might be?

Indeed, the single father angle is pretty rare...I can still recall Lee Min Ki's debut role at the age of 19 as a single father to an 8 yr-old boy in Lee Gyeong-hee's 2004 Drama City 'My Older Brother' (Uri Haem). Now, that was a plot twist!

Something for me to hope to look forward to in 2008, since I have no plans on watching anything with the exception of King Sejong and the new drama written by Bae Yu Mi so far.

YAY! Oh Ji Ho again..and as a father!!
I like him despite his crappy projects ( like Autumn Shower and Get Karl! ) and I absolutely happy hearing this news! Thanks Javabeans.
Uh I wished that the kid would be a girl, because I think that'll be cuter, a single dad and a daughter.
Anyway, I admired Korean child actors, I hope I won't disappointed this time!

Yay! Oh Ji Ho's new project! As a father!
( I always have soft spot for man with kid )
I absolutely will watch this! Thanks for sharing the news , Javabeans!

I admire Korean child actors, so I hope I won't get disappointed this time!
( Uh, I wished the kid would be a girl, because that'll be cuter, a dad with a daughter..)

Single Papa in Love? Is that really the title? OMG, lol. That sort of has a gigolo ring to it.

I saw Super Rookie, but that was back in 05, OJH was better in FC. And I sincerely hope he's improved as well this time around. It sounds mildly interesting, the reversal role, but I'm just having a hard time picturing a guy like him being abandoned.

Granted he was a klutz in his previous roles, he has definitely improved a lot since then. Personally, I liked his acting since FC and in Oh Su Jung. I think he does better in romantic comedy than in dramas.

I loved Fantasy Couple, but after watching his last drama, I just...cant see him the same way as before. I used to see a talented actor, but I just see a superficial man pretending to be a fake person who doesn't even deserve to be faked....get it?
Anywhoo, the drama doesnt sound very interesting...I dont think Ill check it out. Too....unoriginal

Maybe I'm just being really shallow and cruel (hey, join the club) but Kang Sung Yeon always struck me as coarse in her looks and acting. She's another one that's been in the industry for years and whatever she's in, I find her either mediocre or just really annoying. I always wonder how such mediocre looking actors w/ mediocre talents stay in the industry. Isn't this an industry that's either all about looks or talent?

To know that she'll be playing a role where her character abandons the ever so handsome Oh Ji Ho and their child irks me even further. xP

Oh Ji Ho? Such a waste of good looks and nice body.

ohhhh sorry. I thought my 1st comment lost on the way..so I wrote the 2nd one..and now both of them appear!!! Sorry..I don't mean to spamming in this site..T_T

I actually thought you meant he was a father in a real-life, referring to his scandal almost a year ago with the woman he dated before she committed suicide. For a split second, I was like, "Wait. She had a baby before she died and now the news is released!?! What a scandal!" Hahaha.

i adores Oh Ji Ho and i really enjoy watching him in comedy series. I, for one enjoyed his last series, Get Karl, Oh Soo Jung. Maybe because it wasnt too dramatic and light hearted so hopefully his upcoming drama is also in the comedy genre! I can't wait to watch it and yes, WITHS2 is also subbing it! FANTASTIC!

hm was get karl THAT bad? i found it funny~ granted it's not on par with some of the other dramas, but it had its good moments

I wondered most of the Korean artists got very limited shows.
I like to search for more details and shows for a artist after watching a korean dvd drama.
However, I felt disappointed everytime because most of the Korean artists got
only few shows. And most of time, they got only one drama or TV series which led them propular, that's all after the only one. Such as bi-Rain with 'Full House'.
In fact, fans like to watch more and more products from the artists.

ojh deserves better roles and more exposure regionally or even internationally. though just came to notice him, have caught up with several of his past dramas. not bad at all. with his qualities, it's really a waste for him to remain so untapped. he looks like the passive type who would not go all out to attain what he deserves. a pity but will always support him n look fwd to seeing him more of him......

Question: What was the ending of Single Dad? Did OJH die or did he survive the brain cancer? Anybody... please explain. .will appreciate it very much! or will i make my own conclusion? is this debatable?

P. S. I like this film, its the men who cried a lot! secondly, i was caught there for a while.. how would you handle such situation? Hari, the daughter of Dr. Qan, was in love with Poongho who was the ex-husband of Soon Yi who is the mother of Shan (the cute son of Poongho)? Dr. Qan was the attending physician of Shan who was the mentor and present love of Soon-yi. Now, how 'bout that for a twist, eh? The kid's acting was great. Very natural. For a while, I could not guess who-will-leave who or will it be a good ending?

But what is really confusing is whether Poongho surivived or gone from this world. so, what's the ending, huh?

can anyone tell me why the drama has little success??? i love the drama so much,it is my first Oh ji-ho drama and now i am a big fan..he was great ..very persuading in the sad or comic moments..great chemistry with the kid..the plot is so touching..what was missing??
can anyone tell me?? is it the confusing end.?? the drama had low ratings from the beginning..i don`t think this was the main reason..anyone knows?? i will appreciate that..

Gr8 drama but the ending sucks!!! If I have it my way the ending would be: Hari & Poong Ho getting married. Everyone attending their wedding happy and enjoying themselves. San playing the piano...Wowwwww......
Hari & Poong Ho shud be together after they went thru so much!!!