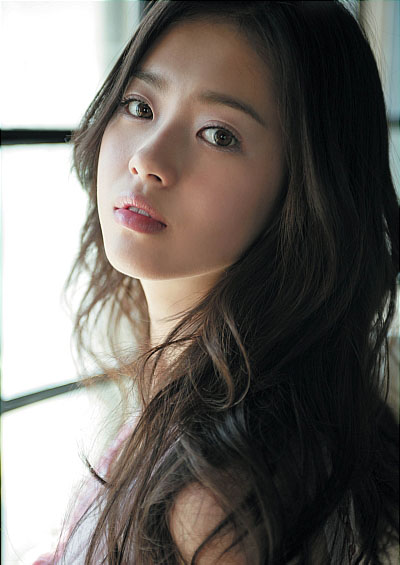 It’s graduation season in Korea, and as with everything else, stars always attract the most attention.

Fifteen-year-old So Hee of the teen pop group Wonder Girls has just graduated from middle school (ceremony was held on the 15th) — MIDDLE SCHOOL — which just tinges the group’s exaggerated flirtiness and coquetry with unsavory overtones, doesn’t it? I mean, it’s one thing for an adult to dress up as a schoolgirl and indulge one’s own adult fantasies, but when you put a middle schooler into that role and teach her how to dance and dress suggestively to cater to that same sexual fetishization, it kinda grosses me out. (And that doesn’t even have anything to do with the Wonder Girls’ tepid brand of weak-vocaled bubblegum pop. I will forever resent JYP for inflicting “Tell Me” upon the world.)

Graduating on the same day, but from high school, were So Hee’s fellow groupmate Ye Eun and actress Go Ara (Sharp 1 & 2, Snowflake). Ye Eun plans to enroll in Kyung Hee University’s art design school (postmodern music department) as a vocal major. Go Ara, who seems to be dropping her last name more and more to go by simply “Ara,” will move on to study theater and film at Joong Ang University’s performance and media school.

Other new high school graduates include Girls’ Generation‘s (Sonyeo shidae) Tae Yeon on the 11th and Yuri on the 14th. Both SoShi girls have decided to forgo education in favor of their, um, artistic pursuits, and gave up any ideas of taking the national college entrance exam. (Wonder Girl Sun Ye, on the other hand, failed her attempt to pass the exam and plans to retake it.) 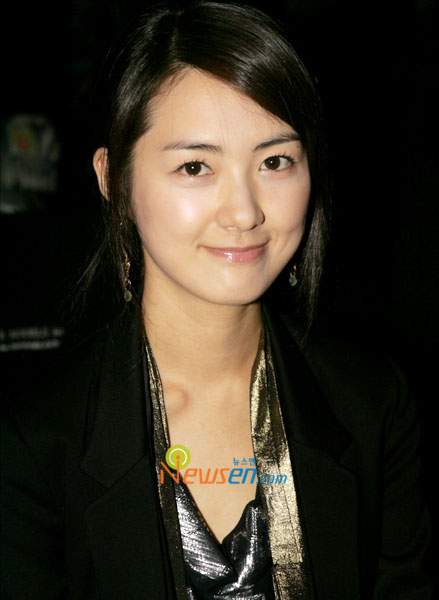 I totally agree with you on the inappropriate portrayal of young teenage girls as sex kittens. It feeds into male fantasies and gives the wrong messages to impressionable teenage girls. God forbid if one of these girls becomes another crazy Brittany Spears. Why aren't korean feminists saying anything (are there any)?

I'm so glad Lee Yowon pursued her college degree despite being a mature grad. I am one too, so hurray for her. Also, I loved her in Surgeon Bong Dal Hee. It's become one of those series that I watch over and over.

When I first heard "Tell Me," I thought it was really weird...not much of a retro person. But, of course, like millions of others, the tune really grew on me. I gotta admit...it's catchy, like "Macarena."

awww, you don't even think they're (wondergirls) are cute?
sex sells, and when you're dream is handed to you, you take it. that's my take on the underage sexed-up celebs.

Somebody should have properly given you credit for your opinions (as evidenced by the misinformed comments); see http://asianfanatics.net/forum/Graduation-day-talk503434.html

Aww... i think the wondergirls are better of the two evils, hope u arent that harsh on em. They are seemingly ok. Not too out there... YET..

Im glad these people are going for college rather than dropping it altogher. It shows a better side.
Good for LYW eventhough it took her longer she finished. Kudos to her and the other guy.

LOL #5, if they can't tell the difference between a straight translation and an intentionally editorialized slant on news, that's not my fault! It would help if people read more closely what they blog-scraped, though.

and no, i don't think the Wonder Girls are cute. obviously i'm in the minority given their popularity.

I personally think it's a big risk for anyone so young to forgo studies now to pursue the entertainment industry. You may be a star today, how about tomorrow then? What if really you can't make it as an artist, what can you fall back on?

No, I'm glad to see I'm not the only one who finds Wonder Girls a tad bit annoying, with absolutely nil potential as a group of "professional" entertainers. I really do not know how far JYP plans to take these girls in the future.

i guess i like wondergirls as a whole, but i just cannot accept sohee. shes an unforgivably bad singer! she sings like the average person, maybe worse. i just- *sigh* annoying. i dont really understand why people seem to not even notice this.

lol at haj's comment. i think people know she can't sing, but even fellow celebs tend to overlook that fact cos she's banking on her cuteness to promote her image, more than whatever talent she possesses.

i agree w/ you, the 1st time i saw wonder girls it creeped me out, girls being whored out to become pop stars. but then i thought this has been going on so long, people are probably use to it. i just learned Sung Yu Ri was in FinKL and YEH in Baby VOX, they are products of that. at least they don't seem messed up like britney spears. also the 1st time i saw the guy that created them, i was scared he was dancing like crazy, he's talented but the girls are a bit too young to be to be pimped out like that. and also it seems like the boy pop stars aren't as pimped out as the girls are, that's kinda messed up.

Wonder girls are only in MIDDLE SCHOOL?!

OMG. Oo I knew they were young, but I was expecting at least high school...Does high school in Korea start at 9th or 10th grade...? Either way, it's still way too early for them to be become entertainers...(I personally think that there's nothing wrong with becoming a star, but you should at least have a decent education as a back-up plan) and DEFINITELY way too young to be dancing and dressing so...provocatively, I guess?

I was expecting most of the stars to not to go to college. I mean, I can guess their track of thinking for not going to college. They have careers and would make so much more money NOW then if they go to college and have to spend a lot of money for degrees and then go and try to find a job. Plus, being a celebrity doesn't leave much time for studying, so even if you try hard, it's still rather hard to do well.

Glad to know there are people like Lee Yowon. I'm impressed at how hard she works, able to juggle college and an acting career.

get your facts straight. she didn't fail the exam.

She made the list but other people got higher scores.

From the article itself:

I know it's late and I don't know whether you read old entries' comments but I love you javabeans. Always have, always will.

I'm just glad I'm not the only one who thinks middle school graduates are just too young to be known as sexy, appealing girls. I'm not into them at all.

And although I have to say I'm a fan of SNSD, I'm not a crazy fangirl who's practical views are blinded by love for them. I know my limits, and that's why I love these 9(alot, I know) girls more than WG. Because they have healthy and fun images, AND they show that they're actually teenagers acting their age

reading this i am loving lee yowon more.