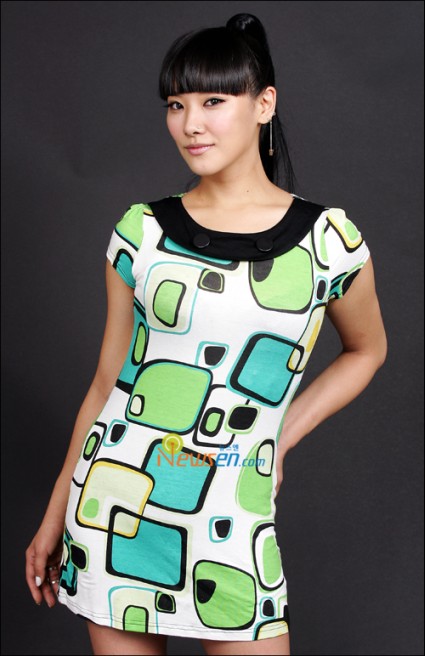 Did you know Clazziquai vocalist Horan was a book lover?

Well she is, and now she’s got a book coming out. But before you disparage her move outside her native kpop (or, k-alternative or k-electronica, rather), first consider the following:

Her dream in younger days was in “serious” literary writing; in adolescence her attentions leaned more toward music and singing, which eventually led her to her current status as half of Clazziquai’s vocal team. But her bibliophilic ways were still in evidence; she hosted a TV program about books for nearly a year and a half, EBS’s A Woman Who Reads, A Man Who Underlines [책 읽어주는 여자, 밑줄 긋는 남자]. And, for the past year she’s been book columnist for Men’s Health magazine, recommending and writing about books she’s read.

Those writings are now being compiled into an essay collection. The book will also include other pieces, most of which are based on music-related topics.

Her book, Horan’s Da Capo (“da capo” being a musical term indicating a reversion to one’s original state), will be available for sale starting the 17th.

(Horan has also formed a new acoustic band — for when she’s not busy reading, or writing, or singing with Clazziquai, or hosting TV programs — called Ibadi, whose first album is called “Story of Us” and goes on sale April 3.)

It's cool to read about actors/people pursuing their hobbies :)
Nice song. Wow--Horan and Alex's English is practically flawless.

I love the title she chose! So very clever.

The two articles seem to contradict on the date of release..? Hankooki says the 14th, while Newsen says the 17th...

But anyways, congrats to her!

I loooooooooooove Horan.
I just think she's so talented and intelligent and beautiful.

Her and Alex make beautiful music together and separately.
Can't wait for the new album! :)

Wow. It's nice to know another side of Horan. I love books, I love her, I love Clazziquai~ BTW, what is normally shown in EBS? I'm guessing it's not one of those main channels like MBC, SBS, KBS? I downloaded a Clazziquai episode of EBS Space Sympathy and have been wondering ever since....

^^^EBS stands for Educational Broadcasting System. Like its name, the network shows documentaries and educational programs.

she's definitely a cool lady.. bookworm & songbird make for a unique combination.. from what i know the clazziquai members are all from canada hence the perfect english.. i love a lot of different music but i think they're the coolest thing in kpop..

there's nothing sexier than a smart woman.....especially with the right librarian glasses on.

I love, love, LOVE Horan. I think she's one of the most prettiest celebrities out there. Not to mention she has awesome fashion sense.

It's really nice to know that she passionately pursues her hobbies other than her main career.

no wonder clazziquais music is such great cafe music... perfect for sipping tea and reading and people-watching...

@tammy Well, Alex lived in Canada for a few years and attended community college/college as well, so that would explain his English skillz. Horan's English is just okay to me, not quite as fluid. Christina, Alex's sister, occasionally guests on Clazzi's stuff and she also lived in Canada, like her brother, so her pronunciation is quite good too.

It's not surprising that Horan wrote a book. I assumed she pursued other things besides music, given the fact that the band doesn't engage in the usual FLOOD THE MEDIA WITH PROMOTION nonsense that is the norm in k-entertainment. I've also heard that Horan went to Yonsei, majoring in psych? so you know she's a smartypants, if that is true~