The Woman Who Still Wants to Marry

Eom Ji-won is the cameo queen 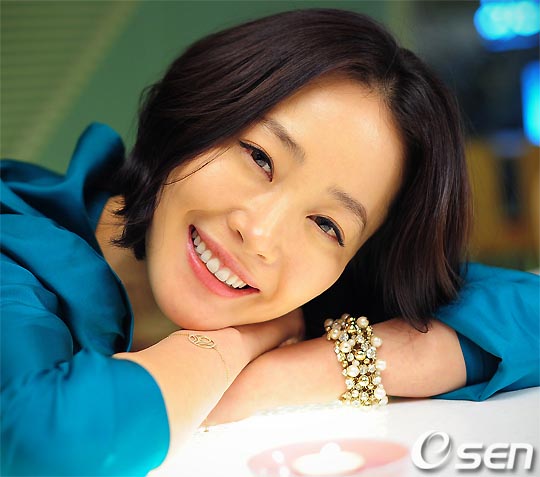 Eom Ji-won is getting credit as a cameo queen for her current drama, Woman Who Still Wants To Marry — not as the one making the cameo, but the one bringing onboard the drama’s numerous guest stars.

Apparently Eom is to thank for the appearances of Jo Han-seon, who was Park Jin-hee‘s rascally ex in Episode 1; Im Chang-jung, the pervy date with a fetish for Peekaboo; Park Chul-min as the quack guru who performed the “dating exorcism”; and Park Ji-yoon (the announcer, not the singer-actress) as a guest host in the drama’s latest episode, today’s 12th. Eom made the requests personally, and as a result she’s picked up a nickname as the drama’s source of wonderful connections.

Love the drama, and love Eom Ji-won! The character is a hoot, but it’s Eom who brings that extra sparkle.

Tags: Eom Ji-won, The Woman Who Still Wants to Marry

I started watching this drama because of your reviews, and indeed it is good. Why is it that a lot of dramas where women are self confident from the beginning and have a good head on their shoulders ( take "When It's At Night") most often don't have good ratings?

Even this drama has the female lead's character still watered down in her approach in life as she kindly ( at least in my opinion) fends off references about her gender and age at her workplace and all around her.

Could it be that Korea is still not ready for bona fide, strong, aggressive and intelligent women in popular media?

I LOVE her braclet - the thing that looks like a watch..
She worn it during the drama as well.. I wonder if it has any special significance or if she just plain likes it!

She looks so radiant and pretty!

Hmmm... why wouldn't Park Jin-hee be the one to bring in her former co-star JHS?

@Icarusfalls i love her bracelet too! it's very eye-catching

i watched episodes 1-12 within a week LOL. it's so good! and i LOVE jadung+banseok together they are so adorable.

love how, besides acting, she's taking such an active role in the drama!

For one second I misread Eom Ji Won for Eun Ji Won from 1N2D.. haha..

I'm watching the drama right now. Pretty fluffy and entertaining. And you're right EJW's really bringing her character on in it. =) I think I like her more than Shin Young..

oh i see, i thought for Jo Han Sun, it was a favor from Park Jin Hee

I REALLY enjoy watching Eom Ji-Won is doing so SUPERB job for her exciting dramatic acting like that way!! (she's soo great in this 2010 drama ''Woman Who Wants To Marry'', oh yeaa!

I love watching her acting is so superb -- BRAVO, Eom Ji-Won, Bravo!!!