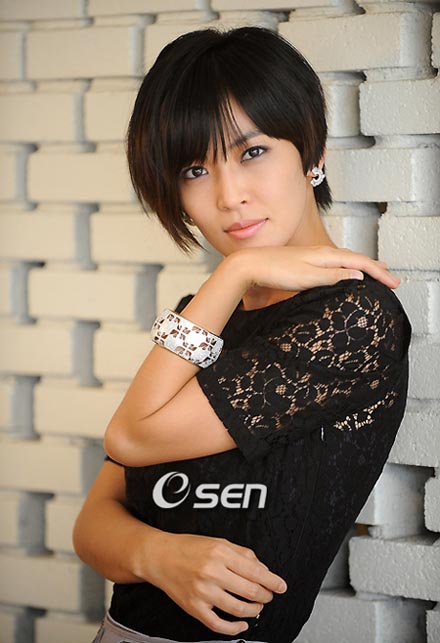 Chief producer Kim Young-sub of SBS’s drama department explained, “The producers thought a lot about the name of Mata Hari, which brings to mind double agents and spies. The opinion was that if this drama is to be enjoyed by all families, we would have to start by getting rid of the burden of the title, and decided on ‘Princess,’ which conveys a bright feeling.”

“Princess” also seems more appropriate thematically, since Kim So-yeon‘s character is a bright, lively woman who is newly appointed as a prosecutor. Though she initially feels that her profession is not suited to her personality, she grows into her skills and her job as the drama progresses. Family Honor‘s Park Shi-hoo and Chuno‘s Han Jung-soo co-star as a skilled lawyer and a chief prosecutor, respectively. Choi Song-hyun (Smile) and Yoo Gun (Mazzang) take supporting roles.

I think the name change is a good move (although it may have gone a little too far in the other direction by making it sound light and silly); this marks the final choice out of a slew of previous working titles. Aside from “Prosecutor Mata Hari,” the show had previously borne the titles “Female Prosecutor Mata Hari” and “Prosecutor Ma Hye-ri.” I know I wasn’t the only one wondering at the relevance of Mata Hari to the plot, since there were a lot of questions asking the same thing in the previous post. What could a drama about a fashion-conscious prosecutor have to do with an infamous dancer and Dutch war spy? I had figured that the significance would be explained in the drama itself — perhaps it was just a general way of referring to a femme fatale — but now it seems more likely that it was a convenient almost-pun on the main character’s name, Ma Hye-ri.

The 16-episode Prosecutor Princess is scheduled for Wednesdays and Thursdays following OB-GYN, and will go up against Personal Taste and Cinderella’s Sister.

I swear, she makes me want to remove all the mirrors in my house. I mean, is it even possible for her to take a bad photo? Maybe if I think of her as a Cylon it won't be so depressing! ;-)

Wow! I love this woman! Really looking forward to this show. Love that the timeslot is the same as You're Beautiful, WISFC and OB-GYN as these three I have been and am devoted to. 'Tis a good sign from the heavens!

I'm glad they changed the title, when out of curiosity, I googled the name Mata Hari I kind of hated the sleaziness that it threw up. Ew ew!
Princess is pretty lame a title too, but lesser of the two evils, haha! I mean why not: Prosecutor champion? (is that too wrestlery).. ahh whatever, who cares about titles anyway?

Good thing.. I was really uncomfortable with the Title.

I understand the need for a lighter title... but Princess? Really?
I feel like Mata Hari at least had some mystery to it.

As always, she looks absolutely stunning in that photograph.

I look forward to watching this drama. It was no big deal for me, but I'm still kind of glad that they got rid of the Mata Hari title. It didn't seem to be anything more than a play on Kim So-yeon's character's name, and it only served to be confusing.

I hope that Kim So-yeon really knocks this one out of the park, and gets her name solidified on the A-list of leading role Korean actresses.

it took me a second to get the reference.

Only one second? ;)
So is there a Korean BSG in the works? We can discuss over in OT...

Back to topic - looking forward to seeing all three in this drama. :)

Eh, I understand the reason for her change... but doesn't the title make it look toooo light? When it came to Mata Hari, I envisioned a more serious-toned drama. But now, I'm like "ehhh".

ooooooooooooooooooooooooooh really can't wait for this one - i actually like that it has a "brighter" tone to it, since i want to see kim so yeon in different roles - not in another spy role like in IRIS.

i like her best with short hair - i've seen her photos w/ long hair, and i don't think it's as nice - although that's not to say its a bad picture..

I can understand the name change, since I think the title was just confusing when you read the synopsis. Even with no prior knowledge of who Mata Hari was, it's like, "Huh? What's the reference?"

It's possibly a bit TOO silly now, but as long as the drama is good... meh! :D Considering we now have three hunks, Park Shi Hoo, Han Jung Soo and Yoo Gun all in SUITS, the "princess" idea might not be that bad >D

Reminds me of Legally Blonde movies.

I completely agree about her short hair. While I haven't seen any of her work besides Iris(yet), I have seen some pics of her with long hair. She still looks pretty, of course, but nowhere near as stunning as she looks with short hair. She has beautiful bone structure and facial features, and her short hair style frames her face perfectly, showcasing those wonderful features.

I, too, look forward to watching Kim So-yeon in this "brighter" drama. I loved her as the smart and tough butt kicking spy...but am eager to see her in a completely different and brighter toned role and drama. I also hope to watch, "All About Eve", too. I keep reading how wonderfully evil she was in it. =)

Oh, just call it "Legally Blonde: Korean Edition" and get it over with.

i love this girl! i thought she was really pretty in IRIS!!

Against the other two dramas, I almost feel BAD for this one. I really like Kim So-yeon so I'll check it out but the other two are higher on my anticipated list.

the other 2 dramas r more popular than this one.....i like her but i dont think rating is going to be high

Thanks again for your speedy translation of the news on Prosecutor Princess. The Chinese translation is posted here.

Look forward to this new drama. I start loving KSY since Iris, coz she acted really well there (those I must admit that she has been acting well since Eve's Temptation in which she played the villain character.)