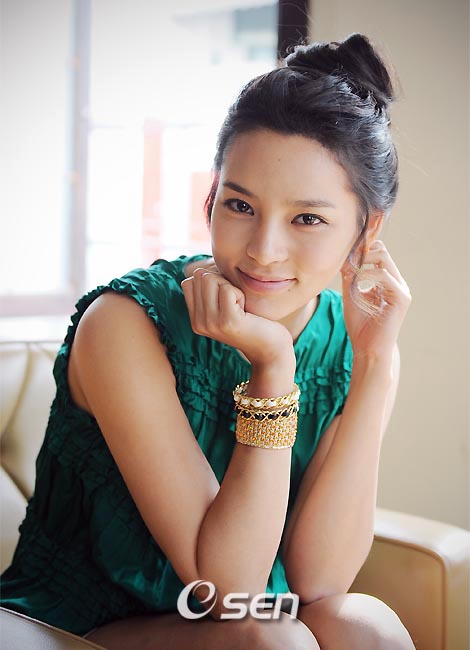 KBS is reviving its one-act drama programming (last seen in 2008 with the now-dead Drama City) with its upcoming Drama Special series, and the first star to be featured is Park Shi-yeon. She will play the lead in the premiere installment titled Red Candy (a working title), which is also notable for being written by respected scriptwriter Noh Hee-hyung, who has made a name for herself penning dramas with sharp dialogue and complex characters (examples include The World They Live In and Goodbye Solo).

Drama City, like MBC’s Best Theater, promoted the work of rising talent and often featured young directors, writers, and actors. Both were anthology series that offered a variety of different stories week after week, either in one-off episodes or short series. Drama Special will follow the same mold of its predecessor, which ought to be fun. I didn’t watch a lot of Drama City or Best Theater episodes but enjoyed them from time to time; since stories, casts, and producers changed every episode, it could be a bit hit or miss, but when it was good, you had the feeling of stumbling onto a rare gem.

Red Candy is a melodramatic piece that unfolds around a couple who meet in a “heartrending” love story; cast opposite Park is Lee Jae-ryong (Goodbye Solo, General Hospital 2). Directing is Hong Seok-gu of Kyung-sook, Kyung-sook’s Father.

Park’s last drama role was in 2009’s Story of a Man, after which she took up residence on variety show Family Outing. She’s currently preparing for her next drama role in SBS’s Page One. KBS’s Drama Special airs its first episode on Saturday, May 1.

Every time I see her, I feel like her face has changed in some way.

Hopefully she's good. I've never been too impressed with her acting. She's not bad but she's not amazing.

I have a completely opposite opinion from mishane. I've always thought her acting was decent or even pretty good, but I was blown away by how good she was in La Dolce Vita. She didn't disappoint in Story of a Man either. I'm ecstatic for the collaboration between Noh Hee Kyung Park Shi Yeon.

Really looking forward to this. I was pretty upset when Drama City was cancelled, so this is just wonderful. Plus, Noh Hee Kyung and Hong Seok Gu for the comeback episode? Bliss! (And I've heard that Lee Kyung Hee's writing the second episode, too...)

I wish I had watched more Drama City eps (it's on my ever-increasing list of must-watch shows), but this news is FANTASTIC!!!

She was pretty terrible in "My Girl" and then transformed into a decent actress in "La Dolce Vita". Where did the talent come from? I didn't see any progression just this hyper drive jump to being an actress.

@etsy
I agree. I really liked her in LDV. She was good in that film with Jo JinMo too tho' I didn't like the film at all.

Wonderful news! I've liked the few Drama City episodes I've seen, and that it's Noh Hee-kyung and Hong Seok-gu makes it a must watch. I've yet to see La Dolce Vita (I really need to get on it), but I've always heard PSY had done well in it.

yeah, she's more than terrible in MG, but tolerable in Hyena ...then *boom* LDV . didnt see that coming at all, maybe breakup w/ Eric?