Giant kicks off with two-hour premiere 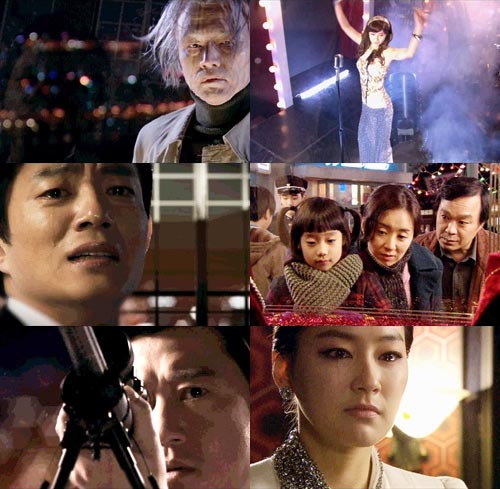 In an bid to capture viewers’ eyes quickly, the 50-episode Giant, which airs tomorrow, will start off with a two-hour premiere broadcast. This is a tactic sometimes employed by bigger productions who want to get a lot of story out at once to entice audiences into returning; I recall East of Eden did a similar thing, and Legend had a whole weeklong extravaganza with behind-the-scenes specials.

That means that SBS will have a particularly busy night tomorrow; in the 9pm hour, Oh! My Lady airs its penultimate episode, and Giant will occupy the 10-to-midnight hours. On Tuesday, it will air Episode 3, and will broadcast one episode each Monday and Tuesday thereafter.

A producer explained, “Currently the scripts are coming out quickly and the filming schedule has some room, so the two-hour broadcast is to attract viewers’ attention.” The historical saga is set in the urban developmental boom of the 1970s and is built upon themes of ambition and love. It stars Lee Beom-soo, Park Jin-hee, Joo Sang-wook, Park Sang-min, Hwang Jung-eum, Lee Deok-hwa, and Jung Bo-seok, although the early episodes will be spent in the main characters’ childhoods. Those portions feature rising young actors Kim Soo-hyun, Yeo Jin-gu, and Nam Ji-hyun.

I can't wait for this. I'm not sure I'll be able to watch all 50 episodes, but will be watching it for Kim Soo Hyun (in the childhood portion) and then see how I feel about the rest of the show. Looks really promising though and Park Jin-hee looks great!

Are 50 episodes really necessary? An episode count that high just introduces slack and fatigues the viewer, unless the story is crazy good. I thought that even Dae Jang Geum, my favorite drama, would have benefited from cutting some episodes (it has 54).

Of course many Western shows run for over a hundred episodes, but they are more or less episodic in nature and divided into seasons, which usually have their own story arcs and often new characters as well. But a drama that just flows almost continuously and consists mainly of talking and melodrama... 50 episodes is likely too much.

same here. i will probably watch it just for kim soo-hyun. the whole 50 episode thing and the fact that it sets in the 70s just seems too heavy for me.

Hoho. 50ep, and the theme, it looks just like another EOE

ME TOOO FOR KIM SOOO HYUN! unless it gets really interesting or i'll just stop there.
SOO HYUN;DD

Yeah that's enticing and not exhausting at all to viewers! (sarcasm)
I just can't imagine being able to sit for two hours..(thank goodness I don't have to watch it live for 'ratings') and then another hour the next day to a show that seems so heavy on the drama. (Although I believe the tv series '24' might have employed this technique)

That's like being allowed to watch half of Lord of the Rings one night, and the the other half another night.. and, oh wait there's 47 more hours of this to go. Drama better pace itself, but from the previews I already feel like it might be a trainwreck. We'll see...

hopefully this will be great drama , i will definitely watch this .
Currently i only watch Dong Yi , this is great drama as Jewel in the palace , story of
smart , charming woman going to he top by her talent her intelligence and tender heart , very believable , realistic and sincere in acting of all the casts .
Another drama will be great too , Road number one with my favorite actor SJS.

I'm really just going to be watching it for kim soo hyun!
Hwaiting!

with these type of dramas, I do embrace them even if they are 50 episodes long because that's when you can trully see gradual character growth! East of Eden was a hit in any case -this will be the same I guess!

i am anticipating this... don't know if i'll last the 50 ep but it looks like it has promise...
Thanks for the news!

Looks like bunch of talented stars from the still, wish them luck, really miss good, new approach drama that bring something different..so far only Chuno and Cindrella Story (Seo Wo-just caught my eyes as one of the most promising young star) fall into that category. Dong Yi, Personal Taste, etc are just average with common chraracters, nothing new.

ooo...i hope its good! will somebody be doing recaps? the screenshots have captured my eyes but 50 episodes scare me!!

Don't any kdrama watchers have to go to work in the morning? Midnight seems pretty late for an episode to be ending.

I hope that dramabeans will also recap this drama.
We will be counting on the recaps, coz based on what I'm seeing the subs will not come out anytime soon.

@16
Haha! I think with it being 50 episodes it'll be near impossible to recap.

I've just seen the first episode and it's as cool as I expected it to be, love it! I'm off to watch episode 2 now. I love KSH all intense and stuff! xD

I'm hoping against hope, that they will recap this one!
Since that dramabeans is updating this drama.
I wanna be positive!

Watching this for Lee Bum Soo! <3

I've seen it all until episode 16 as a marathon; definitely a good drama
I can't wait for the next episode to come out? Will that be this week??