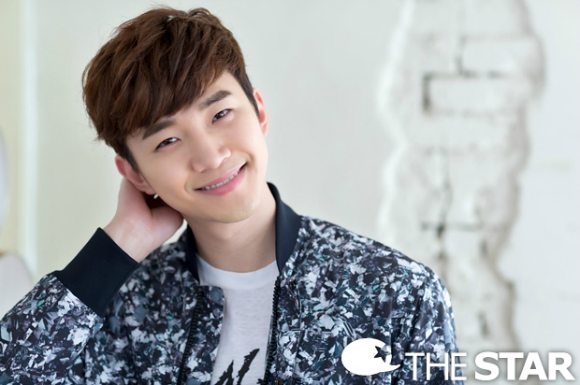 2PM idol Junho may go from playing a lawyer in Memory to playing a prosecutor in KBS’s workplace comedy Chief Kim. The upbeat human drama about a quirky middle manager at an ordinary company is presently courting Namgoong Min (Beautiful Gong Shim) to headline, though he’s still unconfirmed, and an offer is now out to Junho for a supporting role, which he’s considering favorably.

The new series from writer Park Jae-bum of Good Doctor, Blood, and God’s Quiz is about an accountant who becomes a middle manager at a company and fights for his employees’ fundamental rights. Chief Kim is described as an odd character who always appears to be joking, but he’s a highly principled man who isn’t afraid of what other people think and always acts according to his beliefs.

Junho has been offered the role of a smart and charismatic prosecutor who then goes on to become a managing director at a large company. Well that means he’ll definitely outrank Chief Kim, so if they end up at the same company, the young hotshot will be the boss, which should make for an interesting setup.

Junho hasn’t had a lot of acting projects, but he started out in movies—thriller Cold Eyes, coming-of-age comedy Twenty, sageuk Memories of the Sword—before taking on his first drama role in tvN’s Memory this year. I haven’t seen him act much, but the general response to his small supporting roles seems favorable, so I’m hoping that he’ll be a good addition to the cast. Obviously it’ll be the casting of Chief Kim that’ll make or break the comedy, so I’ve still got my fingers crossed for Namgoong Min.

Chief Kim will air on Wednesdays and Thursdays following Oh My Geum-bi in January 2017.

His acting not good enough. His role so boring in 'Memory'.

He did a great job in Twenty and Memory. I loved his chemistry with Lee Sungmin too, he held his own again against the heavyweight.

Didn't know who he was before watching Memories of the sword , but when I read that Jeon Do Yeon personally recommended him for his role, I was sold.

Aren't they toooo late for the casting? It's the next drama airing on KBS ?
BTW I'm waiting for Namgoong Min to confirm the role, miss him in kdramaland.

From what I have watched him in Memory of Sword & Twenty, I don't know I like his acting or not. But since he is taking step by by step, I don't mind with it and willing to give him a chance.

OTT after seeing Chan Sung 2pm cameo in Romantic Doctor this week, can we get him to do another project soon as well? I liked him in Ms Temper & NJG and wish he will get to do another romcom.

Just take the role Junho!! He's a decent actor! But on the other side I'm not sure Namgoong Min would fit the role. I see someone more like Cha Tae Hyun. Namgoong Min is so much better as a villain!

So Cha Taehyun declined the offer?