Bad Guys return to OCN for a Season 2 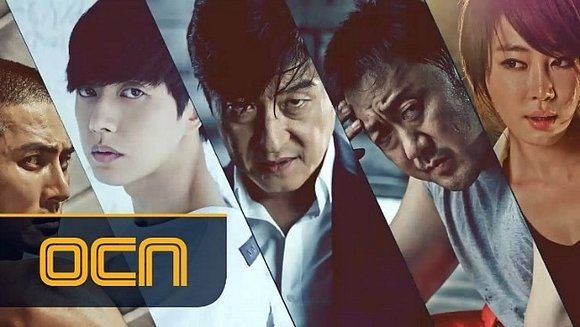 Fellow drama addicts, it is time to celebrate for the drama gods have answered our prayers! OCN is making a Season 2 of the bone-chilling crime-thriller Bad Guys. But wait — that’s not all. The writer-director duo from Police Unit 38 is coming back together to helm this new project. Can I get a hallelujah?

The first season of Bad Guys broke OCN’s previous ratings records, reaching over 4% viewership, which was quite the feat at the time. Starring Park Hae-jin as a psychopathic murder suspect and Kim Sang-joong as a good-detective-turned-black, this drama was all about Machiavellian philosophy. Do ends justify the means?

Three hardened convicted criminals team up with two desperate detectives to solve gruesome crimes and catch the culprits responsible. The writer behind this masterpiece was Han Jung-hoon, whose other projects with OCN, Police Unit 38 and Vampire Prosecutor, have also garnered praise. Writer Han is currently working with MBC’s creative team for its upcoming drama Missing 9, and as soon as it is finished, he will turn to Bad Guys Season 2.

For the new season, Han Jung-hoon will be re-teaming with PD Han Dong-hwa from Police Unit 38, who was the on-set camera director during Bad Guys’ first season. We don’t know yet if any of the actors will be returning, but considering his track record working with Writer Han, I wouldn’t be too surprised if Ma Dong-seok popped in for a cameo.

Season 2 of gritty crime-action drama Bad Guys will air on OCN in the latter half of 2017.

The first one was soooo good. Can't wait!!!!! I hope all the original actors come back. They were amazing.

The first one WAS SO GOOD! I agree OP.
Omg, I hope all the actors come back!!!
YAAAAAS

It won't be the same with the original cast?

Me too I really hope they all come back! I'm in love with every single one of the actors. The drama was so amazing!!

Yes!!! I can't wait! Hope all the original actors return

I hope they bring everyone back.

..as the murder victim?

Oppar will make the best corpse. His dynamic acting shines in roles where he lies unmoving with a glassy look in his eyes. Plus, his fully expressive face conveys the stillness of death perfectly. ♥ ♥

i love your comments. lol

And maybe the reason could be that he died saving Kim So Eun :DD

And you'd cameo as the chief medical examiner burdened with the task of determining cause of death by palpating his bod?

First, you gotta shake them and shout their name. It's step one of Kdrama First Aid.

Ha, I knew there would be a Jae Rim as Terms&Conditions!!

YES YES YES! Best news I've had all week. Please let the original cast sign on! I'd be crushed if they went with a different Team Crazy Dog.

Please bring back the original cast!!!

Original cast a must!!!

So, miracles happen. Then after this one, is there even hope for a 38 Police Unit 2?

Yes but we have to wait 2 years because I don't want them to do it while SIG is in military service :DDD

it is like we are actually waiting for Yang Jung Do back from "jail".

oh my gah I'm loving this

Oooh I am super duper hoping for Police Unit 38 Season 2! And of course I won't ever accept anyone, I mean ANYONE as Yang Jung Do except Seo In Guk! Even if it means I have to wait 2 freaking years for Seo In Guk to come out on screen again. Heee. By the way, I am happy for Bad Guys season 2, hooray!

I'M SO EXCITED FOR THIS.

I think this was the hint from PU38 last scene, they were planning for season 2, i think they will bring Ma dong soek.

You had me at Park Hae-Jin.

Yess!!! This is great news, if they could get back the original cast that would be amazing!!!

I better watch the first season bad use this comes out then...

If the Season 1 crew comes back then I'd be excited. Must include ajusshi Kim Sang-joong, Ma Dong-seok and Kim Tae-hoon.

AWW YEAH WOULD YOU LOOK AT THAT, THAT'S ME RIGHT THERE

Please replace Park Haejin with Taehoon, his character's story fits anyway, plus it's kinda weird that Jungmoon if acquitted (which he was hinted at to be) still continues being in Crazy Dogs anyway \uwu/

Also, please dress Kang Yewon properly if you bring her back and utilise her to her full potential. No prosecutor wears heels to a crime site...

YESSSSSSSSSSSSSSSSSSSSSSS
holy crap im so excited!!!! words cannot express how i feel about this omg omg omg
i rewatched bad guys before summer started this year and felt so nostalgic, thank u drama gods for blessing me

YESSSSS!!!! I'm wishing this all the best, and may its success kick off many belated sequels. TEN, Vampire Prosecutor, Liar Game... so many awesome stories waiting to be picked back up!

Please bring back all original casts!

Original casts pretty please please please?
Although the one actress' acting kinda bugs me a little back then, but if other casts are on board i'll say yessssss for this XD

Can they add Bogum?

I wanna see him play the crazy psychopath they're trying to catch but can't seem to. ah i miss Lee Min. Lol

Ooooohhhhhhh, I'd watch the heck outta that!

I second that. Release his inner psycho and rip the team to pieces!

It won't be the same if it's a different team....so when is Signal getting season 2??

stop dreaming, it will be a new cast, i bet my house lol

Wow, we'll be getting a house! Fingers crossed!

Omooooo
I'm so excited!
It will be perfect if they can bring back the original cast and Yang Jung Do a.k.a Seo In Guk as a cameo

AM I DREAMING?!?! IS THIS A DREAM?!?!
Would having the original cast return asking too much?
Omg what is air?

Yes! Must have the original cast!

Man, I haven't even finished the first season! But I will and until then, I'll be on the lookout for updates on this. Original cast for season 2 would be preferably, but I wouldn't be surprised if it was a whole new cast/had new cast members.

OH HELL YEAH!!! This is the most exciting drama news I have heard in a while. Let's hope they can get the cast - or at least Ma Dong-seok (seriously, I love this man) and Park Hae-jin. My life will be complete.

This is awesome news! I hope the original cast members are back for this though.

The overall story was good. Just a few things were off.... so hope they improve this time around.

32 gadis | clawing my way back after the longest drama slump

But seriously, drama gods, Kwon Hyun-Sang needs to be a non-titular bad guy in this series. C'mon, his bad-guy acting is a thing of beauty.

OOh, nice one.
I'll watch if everyone returns. I still think about the hitman and his "love"-line from time to time, to be very honest.

Now that you mention it, YEP I need to watch his love line asap.

yes! yes! yes! Jung Tae-soo's story was/is my favorite out of the bad guys and I want to know if he will ever get her to forgive him. To this day I still remember what she told him when he asked if she can forgive the person who murdered her husband if he says/shows that he's really sorry.
"Sorry is for when you make a mistake, what that person did is murder and that's not mistake, it's a crime." Awww...

Along with everyone else I do hope that the original cast comes back to reprise their roles... please drama gods, I beg you!!! ?

Yeah! It's so twisted but I love it. Just want to see how it all pans out. Maybe I'll watch the show again. O:

There is no point to a season 2 if they can't bring back the original cast. To me, that is the whole point of a season 2: to reunite the characters/actors who made the season 1 so phenomenal. I really hope they bring back the cast. If they don't I'll be so disappointed, though I might still watch just to see how it is.

YASSSSSS!!!!! Please let all the original cast come back. I feel like there is so much more story and bromance to be seen.

Ahhhhhhhhhhh! Yes, drama gods, thank you! I can't wait for this!

Let's joy! This is a great news!!
Now..
Let's pray they can bring back the original casts..

OMG YES!! So excited for this! I hope they bring back all the original cast, these guys were the best!

Bring Lee Jung Moon and the gang back!

So excited! i loved this show. Hope the original cast is back.

best news of the day !!! loved this drama - watched it twice out of undying love for Park Hae Jin (in his pre-cheese in the trap and you from another star fame days). Loved his psychopath role 100X! the mob boss with the heart of gold and the besotted hired killer - Bad Guys was one of the best Crime dramas in Kdrama land. the plots were tight, emotions milked and the individual demons and nightmares of each character carefully crafted and perfectly portrayed by the cast. Not to mention Mad dog squad leader's excellent acting and gravitas. Release the hunting dogs, I say.

But, the (original) cast is not confirmed yet ? :(

I am SQUEALING! I cannot WAIT for this. I loved Bad Guys and was hoping for a sequel in Police Unit 38. PU38 was a lot lighter but I enjoyed it. However, you can NOT beat this. Maybe we'll get Yang Jung Do helping out the team this time around ;). If not, as long as its got that same awesome feel as the original, I am board for Bad Guys 2! Yay!

[This gives me hope for the Signal sequel that we all deserve! LOL]