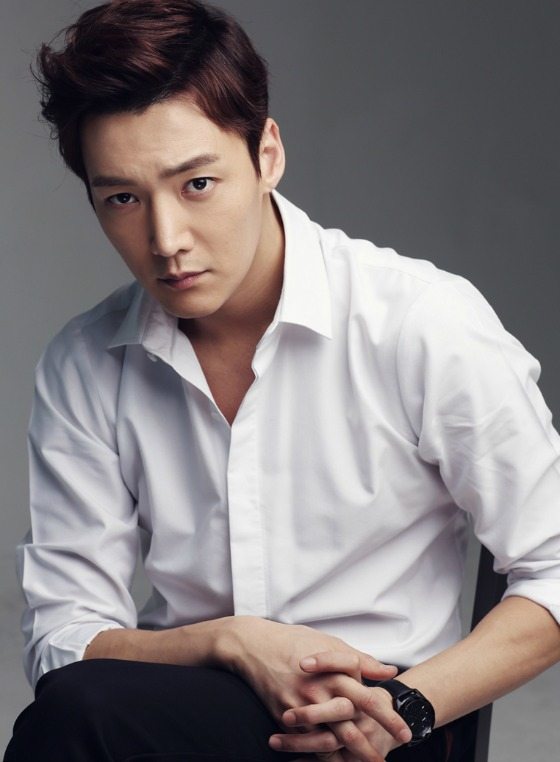 The clock has finally run out on Choi Jin-hyuk’s would-be 21 months of active military duty, following his early discharge last October for knee surgery, and that means good news for drama fans because he’s starting to look at comeback projects. He’s currently entertaining an offer to star in the new OCN time-travel drama Tunnel, though his reps say it’s just one offer of many. It’s been a while since we’ve seen him onscreen—the 2014 legal drama Pride and Prejudice was his last project before army, and though there have been offers since, he’s been quietly waiting out his service term.

The new OCN series is naturally a crime thriller, but it has a fantasy bent as well, and tells the story of a detective from the past who time-travels to the present day. Uh… so you’re basically doing another Signal but just bringing Jo Jin-woong to the present? Choi Jin-hyuk has been offered the leading role, violent crimes detective Park Kwang-ho.

I actually like Choi Jin-hyuk much more in weightier, dramatic roles, so I like the idea of him headlining an OCN thriller. I’m interested in the premise, since we so often get time-travelers who go back in time; it seems less useful for a cop from the past to travel to the future, since there’s not a whole lot he can change here. If he can go back and forth, that’s a whole different story (or yunno, Signal crossed with Nine). But hey, it’s a popular formula for a reason, and if you give me a compelling character, I’m all over that.

Tunnel is being prepped to follow Jang Hyuk and Lee Hana’s serial killer chase The Voice in early 2017.

Via TV Report, IS Plus

There he is, I thought it was time for him to come back.

I think I missed his voice the most.

Yes, everything about him is just large, deep and manly.

My thoughts went to the gutter on this one. :p

Ah! I just had this visceral reaction seeing his name again. Good to hear that he's coming back.

gah. Can't believe it's already been 2 yrs since his last drama.. where has the time gone..

Yay! I've been waiting for his return back to dramaland!

Hah. I was just going over his Pride and Prejudice scenes, got impatient with slow internet. Searched him over YouTube last night. Lo and behold, there's news of him. Welcome back!

I thought Emergency Couple was his last..! Love him since Gu Family Book..his love story was so much better than Lee Seung Gi and Suzy's.

He is the SEXIST Kumiho, I've ever seen. It brings tears to my eyes just thinking about him in Gu Family...aigoo!!

This time travelling thing. Is it the new trend now?

I wonder about that too. Time Travel genre is a complex one to write about and if a not-so-good enough writer will be writing this, this might turn out to be a drama with tons of loose ends. I just hope for the best if ever he confirms for the role.

I hope it is not a trend just like medical & legal drama. If I'm not mistaken we will have another time travelling drama with Shin Min Ah & Lee Je Hoon for 2017 as well. I want to watch it once in a while so I'll be appreciate it more.

I remember how much I love Nine & Queen In Hyun's man because it felt fresh, but watching it too much especially if it is in the wrong writer will make us lost interest.

It's the new chaebol.

As long as he comes from the Joseon era in a mane of glory, I'm all for it.

He has resemblance with my favourite actors, love him since gu family book

There is a really good BBC series, Life on Mars, that does a take on the cop from the 1970's appearing in the future in the body of a modern day cop. There is dark comedy in a free wheeling, fist first detective coming up against the new world of PC,defendent rights and advances in forensic science.
Could we hope for something as well written with, of course, more gorgeous visuals?

Oops, tried to delete post as I remembered the story construct incorrectly. It was the other way around. A present day cop appears in the past and try's to catch a budding serial killer still uncaught in the present.

It was interesting though. :) Wish someone would do that show.

I loved his part in Gu Family book (was actually the only part of the series that I liked). Good to have him back!

Pride & Prejudice was one of dramas that got me back into dramas, and I imprinted on him, was so sad to hear about his knee injury and how tough that is to rehabilitate from both physically, and also image-wise, having to leave the military.

I can't believe it's time for him to come back already, but I hope his next drama is a big hit!

"imprinted on him" omgggg same like p&p was seriously such an amazing drama that just flew under the radar. the heroine is one of the only "feisty heroines" that i was actually like "yeo, i get it. i'm on your side". and the bossman was played by such an amazing actor and the pacing was so well done and...

ahem, anyway. agreed to all your points about his knee injury too. korean male celebrities already have to battle with the image of them getting off easier and therefore being perceived as "less manly". this must suck :/

cannot wait for his comeback tho, and if he takes this offer i'm gonna jump with joy. i want him in serious roles that are not melos. while i want to watch him no matter what i can't handle the emotional rollercoaster that is melos. can't wait for more news on this :)

all i can say is HOORAY! been patiently waiting for his return and i hope he chooses a super wonderful one. this sounds good so good luck with the casting and may he choose well! although i will watch him in anything lets hope it is a good well written something!

Well, as much as i love time travelling, i'm not too sure about this one. "Someone from the past"? I don't know, we just have to wait.

Hope he will indeed make his comeback,miss him!Love time travel stories,done right that is and can't get tired of them...Hope the story will be good and i'm actually curious about the plot as usually the hero goes back to the past not into the future

Can't wait for your comeback Oppa. Its been a couple of years, we miss you and we love you.

So finally he is back!

I started wishing if he'll ever do a comeback soon and here it is! Excited!

i think it was wise for him to wait out the length of his military service term, though it was no fault of his that he was discharged early. there's just so much bad feeling about celebs getting special treatment, and there's just no sense in him risking his reputation.

i really enjoyed pride and prejudice and i think that was the show that made me realize how much i enjoy watching choi jin-hyuk. there's a stability to his acting—there's something dependable about him. i feel like i can always rely on him to turn out a quality performance.

the show sounds interesting enough, though i can't say i've always liked OCN's shows. i feel like they're always doing something dark or gritty, which isn't bad, but none of them have sucked me in.

on an offhand note, it's interesting how the cable channels like tvn, jtbc, and ocn are developing their own styles, at least in my eyes. when i think of tvn, i think of fun and light and generally trendy/hype stuff. jtbc seems to have more dramatic content, but i think their strength lies in their innovative variety offerings—i really seem to like a lot of their variety shows. ocn, again, i feel like i've only heard of bloody/dark dramas from them. a lot of vampire stuff, if i'm just thinking off the top of my head...

I once heard OCN described as the "dude channel" so they are going more for guy oriented shows. This I guess is fair since romance is on almost every other station.

Awe, good for him. From what I've read/seen, he seems like a nice fella on top of all the other complements he's being showered with on this post.

How far back from the past is he coming from?

Is it possible he's a Joseon detective who's also a gumiho, transplanted to the present time?

I'm glad he is taking a time-travel thriller. I love the genre, and I don't think he has done one before.

Every party has a pooper...

i realised i missed him on screen aft recently rewatching bits of I need romance. There's an intensity and masculinity about him that makes his role shine. Hope he picks a good come back project

Pretty amazing that Choi Jin-hyuk was able to launch his career as a 2nd male lead and then lead in what was a rather mediocre drama in "Gu" in what was a basically small (but important) role.

Shares a lot of similarity with Shim Hyung-tak (handsome, masculine, etc.) who is a bit older and maybe has a better knack for doing comedy (haven't seen CJH do comedy bits, whereas SHT was hilarious in "Let's Eat.").

Aw yissssss. You had me at 'time travel'.

Finally will get to see him on small screen. You know what
I hope the leading lady is Jin Se Yeon (his co-star in My Daughter The Flower). Think she will fit in nicely as I love to see her in action film (like Bridal Mask and The Flower in Prison). Moreover she just finished the latter drama and waiting for next project.