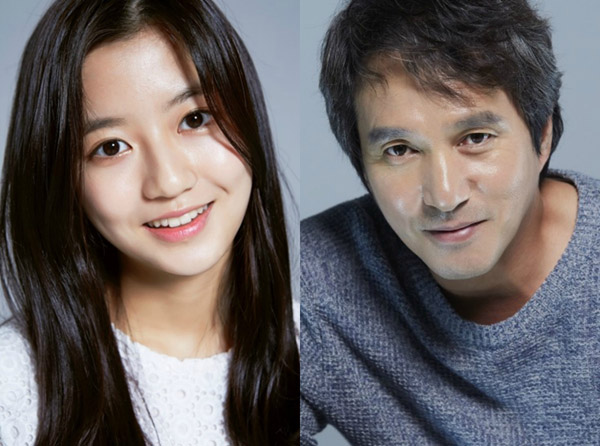 Looks like JTBC’s adaptation of Japanese mystery novel and film Solomon’s Perjury is going in a different direction than its initial casting notices, which previously named Chae Soo-bin (Moonlight Drawn By Clouds) and Go Ah-sung (Heard It Through the Grapevine) as contenders to play the lead role. Instead, it’s been announced that the role will go to young child actress Kim Hyun-soo, which may seem like an unfamiliar name, though perhaps this list of credits will jog your memory:

Most famously, she played Jeon Ji-hyun’s child self in You From Another Star; she had a recent part in Kim Hye-soo’s movie Goodbye Single; she was Lee Jun-ki’s little sister in Joseon Gunman; she bonded with Joo-won in Good Doctor, playing a young patient whose sister struggled to pay her medical bills; she played young Shin Se-kyung in Tree With Deep Roots; and she had another connection to Joo-won by playing young Boon-yi on the run in Gaksital.

I would have liked to see Chae Soo-bin nab the leading role in a serious JTBC drama (and Go Ah-sung is always an awesome choice), but I’m fine with casting Kim Hyun-soo, which skews the role much younger. She’s got a warm charm to her, and at 16, she’s just the right age to play an intrepid high schooler who leads students in ferreting out the truth of a classmate’s death after it becomes clear that hypocritical adults, a corrupt administration, and an unhelpful system aren’t about to provide answers.

Kim Hyun-soo’s character is Go Seo-yeon, a hard-working model student at a prestigious high school who competes for top ranking with her privileged, wealthy schoolmates without any tutoring or outside help. She has a strong sense of self and is helpful to the weak and tough against the strong. She’s got a surprising other side, though, and enjoys practicing mixed martial arts outside of school. When her classmate dies and the school covers it up, she’s fueled by anger and rallies her classmates in opening a school trial, where she acts as student prosecutor to uncover the truth. 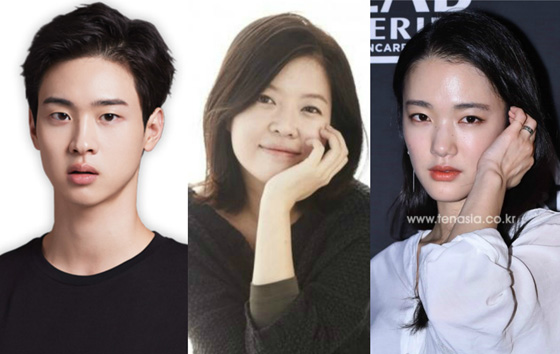 The role previously out to Infinite idol L (She’s So Lovable), who recently turned it down, will be played by a rookie, Jang Dong-yoon, which makes me think it’ll be a smaller role (Kim Hyun-soo is described as a solo lead). The character’s hame is Ji-hoon, and Jo Jae-hyun (Master—God of Noodle, Punch) has been cast to play his adoptive father, who is legal counsel for the school foundation and a former prosecutor who holds the secret to the situation at the school. I dunno about you, but casting Jo automatically makes me fear his character, since he plays shadowy, powerful villains so effectively, even though there’s nothing explicitly sinister about his character description. He initially met Ji-hoon when he was a prosecutor and working on a case, and ended up adopting him and is now a supportive father. However, his son has a secret he can’t have revealed, and his efforts to conceal it make him a key figure in the school trial. (It’s noted that this character will differ a bit from the one in the original.)

Kim Yeo-jin (Moonlight Drawn By Clouds) will play the lead character’s mother, described as warm-hearted normally, though she can turn into a fierce lioness when protecting her family. Sohn Soo-hyun (Puck!, Blood) will play a homerun teacher; she and Kim Hyun-soo both had small roles in the sageuk film The Treacherous.

Shin Eun-jung (Hwajung, Misaeng) will play another teacher, while Yoo Ha-bok (also from Hwajung) will play the school principal. Ahn Nae-sang (Moonlight Drawn By Clouds) has also confirmed being cast, though no word yet on his role.

Solomon’s Perjury will take up the weekend slot on JTBC following the recently premiered This Week, My Wife Will Have an Affair, and premieres in December. 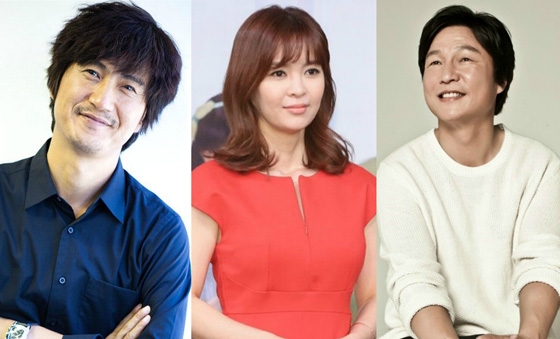 I think it's a great idea going with lesser known (at least to me) cast members for the younger cast members.

I was really hoping chae soo bin would take this role because the story sounded really interesting and I like her and would have loved to see her as a lead.

But, I will still check it out because it sounds like a mystery drama with no love line let alone a love triangle in sight.

3 gadis | clawing my way back after the longest drama slump

Excited with the direction this drama take. Hopefully it will be good. JTBC got a long list of great drama this year.

I've never heard of the novel. I'm just going to watch it for the actors and hope for the best.

Waaahhh!!! Love the students cast. No chae so bin is still okay because since the beginning i was hoping to see new faces, so this is a good news!
Hope these kids do a great job!

For real, I am looking forward to Ahn Nae-sang's next role. Korean's veteran TV actors are amazing and they never disappoint. I love seeing them in all sorts of projects, and very frequently, I might add. Shout-out to Ahn Nae-sang and others, because I don't think they get enough love!

I've seen the original Jmovie and I'm hoping they don't change the ending to create a big bad that wasn't there.
when everything was revealed it was a sad and tragic ending.

Casting in the original was great, unknown teenage actors with a adult veteran cast.

What is the trial process like? Is it similar to an actual trial or more of a witch hunt?

Similar to a real trial. With a judge, witnesses, evidence, parents of the students and all of that.

Yup, and I hope they don't dilute that. I think the heroine in the Japanese film was so tired of all the stuff getting in the way of the truth - the grown-ups' excuses and assumptions, the school's rules and conventions, etc - that she wanted to carry out a proper trial for maximum objectivity. Of course we all know that a trial can also be obstructed and manipulated, but at least it was a way forward.

Also with @Jenny in hoping that this version won't go in for big conspiracies and villains. But the description of Jo Jae-hyun's character doesn't bode well.

I am so thrilled with the casting of Kim Hyun-soo and Jo Jae-hyun, as well as the rest of the cast. I only wish the young man lead had more experience, than just this upcoming show. But really, thumbs up for Kim Hyun-Soo, Jo Jae-Hyeon, Ahn Nae-Sang, Kim Yeo-Jin, Shin Eun-jung.

So who's the school bully in this version (Shunji Ooide in the original)? I don't think I've read anything about this character yet and he's the one I was most curious about.

Omg! Kim hyun soo! Where has she been all this time? Last time I saw her was in Good Doctor.

I quite like KHS, so I'm happy she nabbed this role though it would've been nice to see CSB getting to play lead.

Ohh Im glad i could recognize KHS's name because lately, I barely know the names of the people starring in dramas/movies! I really like her acting and I think she can handle this badass highschool girl role. I like theyre indeed going for rookies and lesser known actors with close to teen or teen ages without much fuss -unlike that my sassy girl fiasco- because it makes it more similar to the original imo