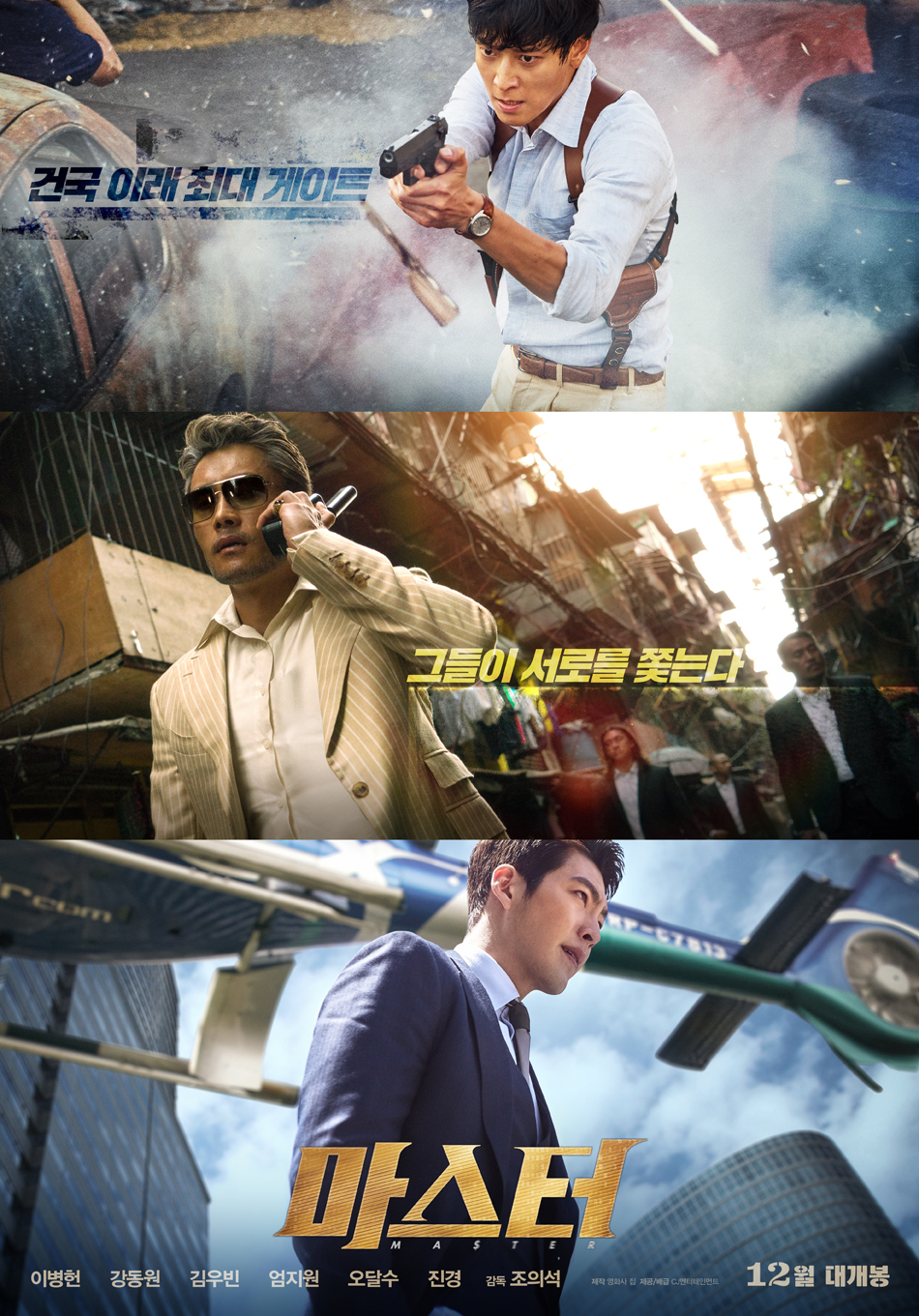 Lee Byung-heon plays the villainous CEO Jin, a smooth-talking charmer with a talent for bamboozling people out of their hard-earned money. He heads a cult-like corporation called One Network, which gets thousands of members to join and pool their assets together in a pyramid scheme that ultimately only enriches the people at the top. He thinks, “The more enemies, the better. The stronger, the better.” In the trailer, CEO Jin’s chilling lack of guilt and skewed moral code are revealed when he says: “When you deal with petty cash, it’s called scamming. But when you deal with trillions, do you know what it’s called?” Still fraud in my book, but perhaps some bribable politicians would term it business.

If CEO Jin is the handsome face of the operation, Park Jang-goon is the brains. He’s the brilliant programmer who helped create One Network, played by Kim Woo-bin. In hot pursuit of these two big-league con artists is Kim Jae-myung, the leader of the white-collar crimes police task force team, played by Kang Dong-won. Determined to catch the duplicitous CEO at any cost, the cop entices the computer genius to switch sides, asking for just two things: the location of One Network’s data control center and CEO Jin’s hidden account book. Somewhere along the way, CEO Jin realizes a traitor has snitched on his organization, and the real action begins.

Eom Ji-won plays Shin Jemma, a police lieutenant under Kim Jae-myung. Her poster reads: “We don’t investigate just anyone.” On the opposite side, we have Mother Kim (played by Jin Kyung) and Lawyer Hwang (played by Oh Dal-soo). Mother Kim is the marketing director of One Network and CEO Jin’s right-hand woman. Lawyer Hwang is a prosecutor-turned-attorney who acts as the CEO’s guard dog, protecting his back and his company’s interests. As everyone closes in on linchpin Kim Woo-bin, loyalties switch quickly from one side to the next, and you never know who you can trust.

High-stakes con movie Master will be in theaters starting this December. 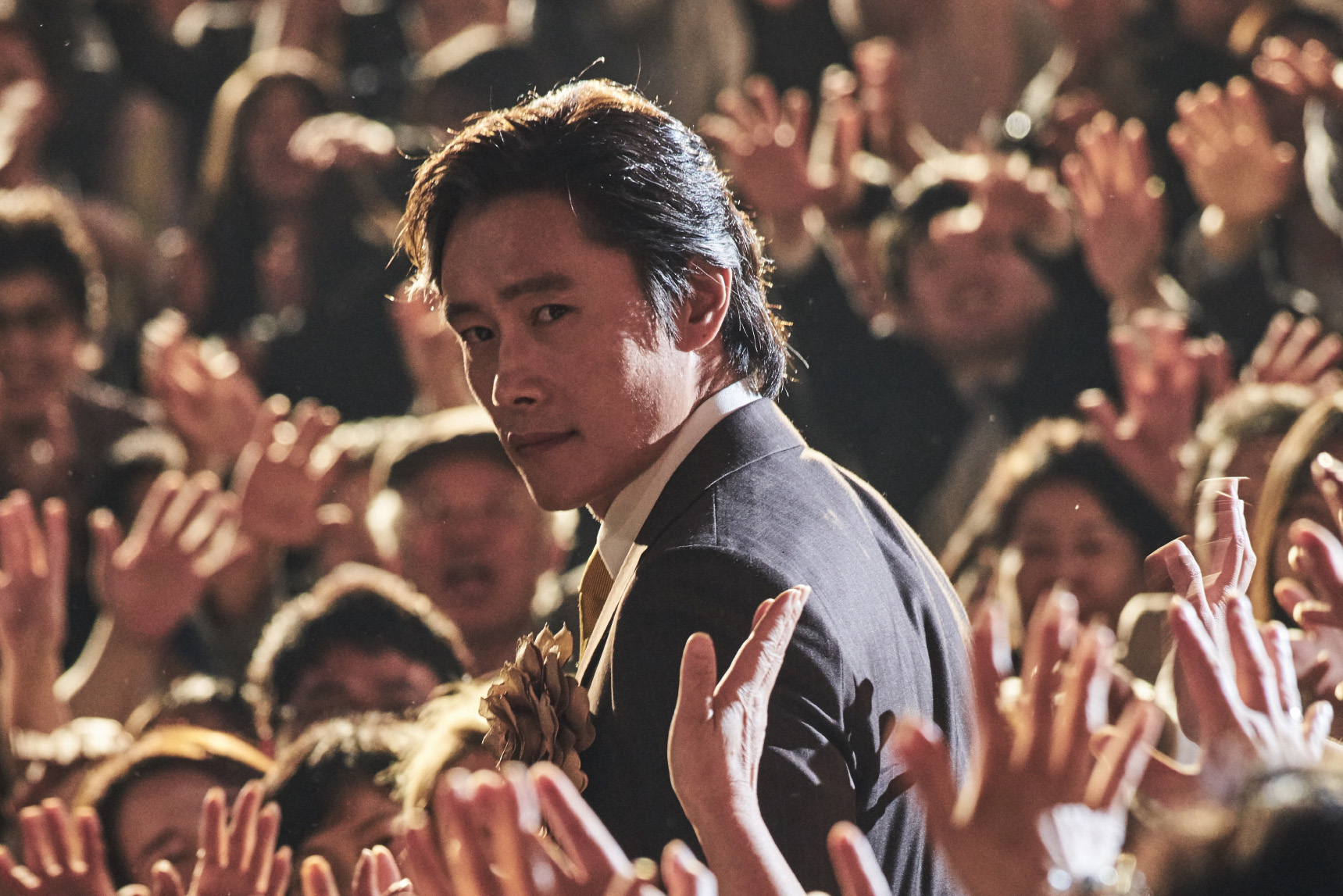 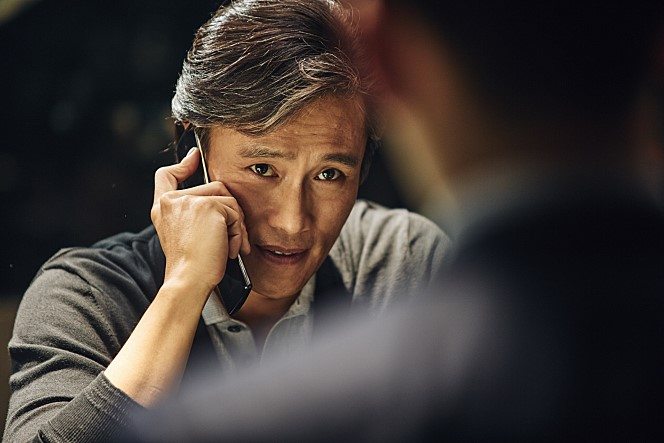 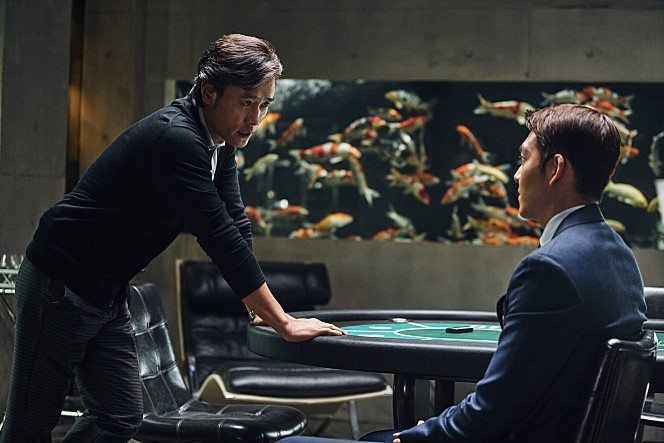 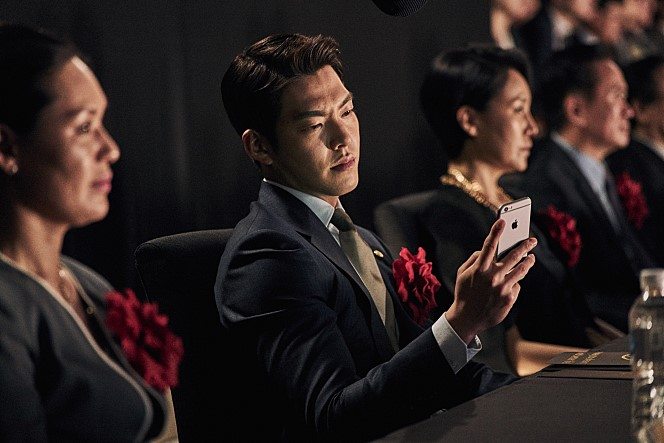 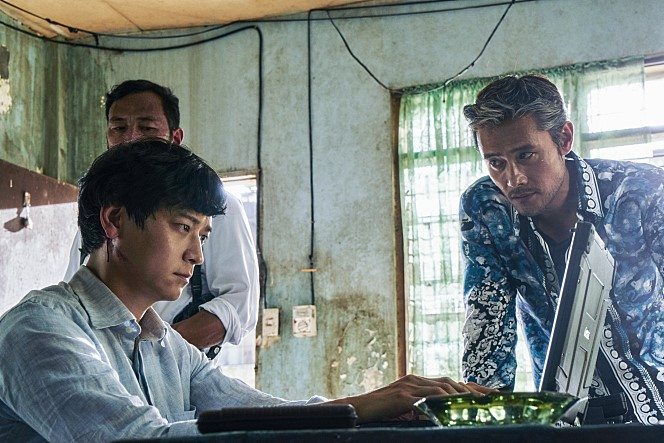 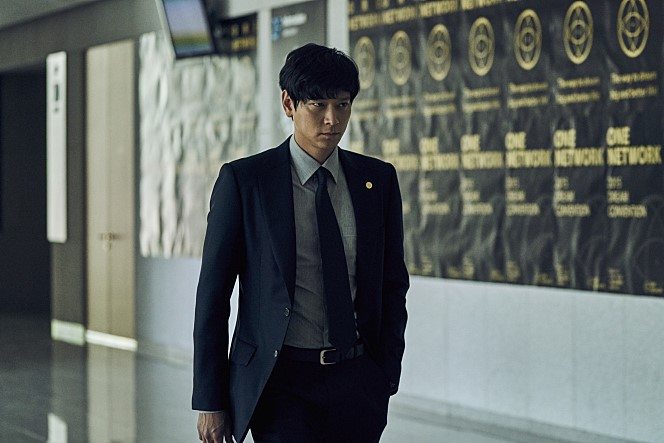 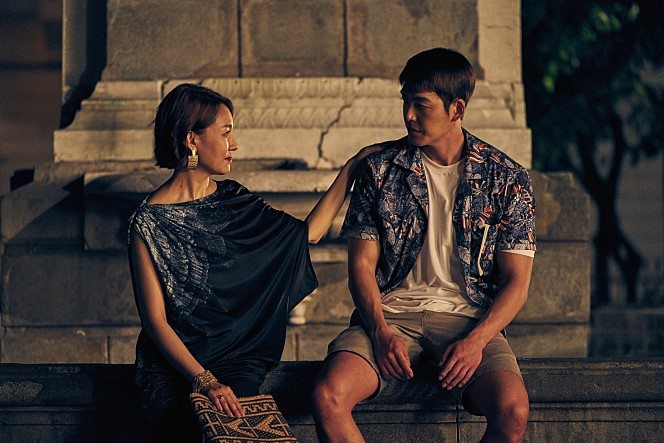 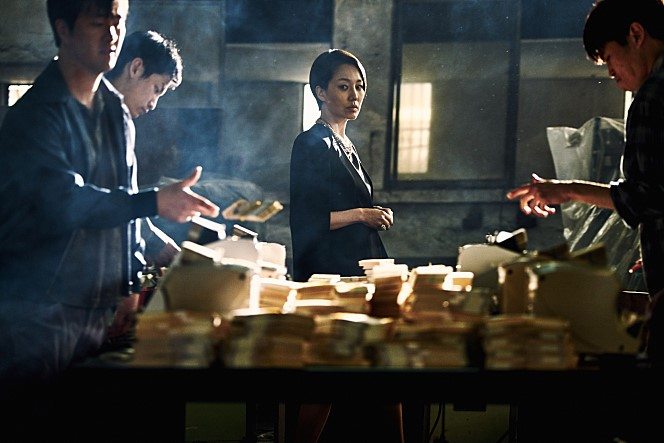 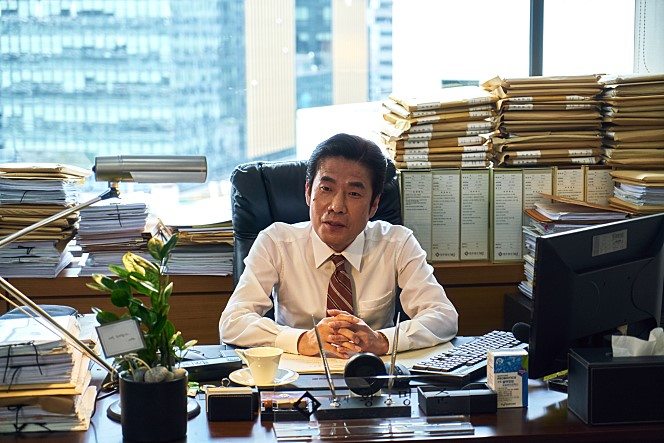 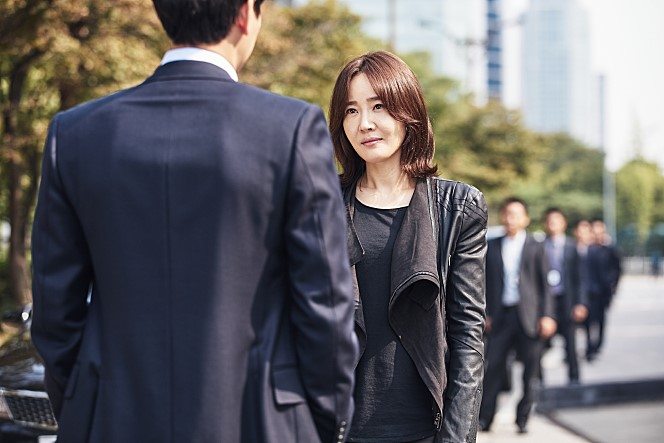 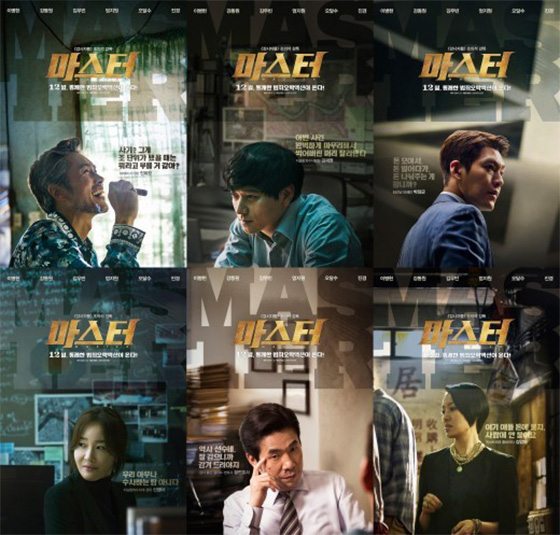 These men sure are ageing well! Excited to see KDW in one of his most normal, non-villaneous roles.

has he had many villain roles? the only ones that come to mind are Kundo and his character in Haunters. and in both cases they were p layered/sympathetic villains.
Anyway Im excited for this. I'll watch KDW in anything. and i have. lol (well not his first 2 dramas cuz even /I/ have limits)
as for as normal goes, yeah this is the closest to conventional he's been in recent memory. i still cant wait to see this tho. kim woo bin is a nice bonus.

The posters are beautiful

This just makes me think Nurse Oh is even more badass than ever.

Plot twist/SPOILER from UF: Shin Joon Young survives the brain cancer because of Romantic Doctor Teacher Kim, but the treatment twists his personality. Grateful that her son is alive, Shin Young Ok decides to serve Teacher Kim as the head nurse at a hospital in the boonies, while at the same time, managing her son's shifty business. ?

LOL! So that's why Nurse Oh (her hospital alias) is such a mama bear! It'd be lovely if KDW were to show up at Geosun to arrest Dr. Do for conspiracy and records tampering...

Lol, it will be epic fanfic. Jin Kyung and KWB have good mother son chemistry.

Btw, it seems Jin Kyung here is supposed to be KDW's mother right?

No, Jin Kyung's on the One Network side - her code name is Mother but she's not actually anyone's mother (from what's released so far).

Worth watching it for Oh Dal-soo who is one of the best supporting actor in Chungmuro.

I'm really excited about this.I'm already happy with KDW alone but with LBH and KWB, this is gonna be awesoooome.

Damn,i'm anticipating this movie so badly,along with Jo Jung Seok's "Hyung" are my most awaited movies

Ahhh,i'd really love to see Kim Woo Bin in a thriller/heist type of drama,i think he would be great

I have a feeling KWB would ultimately con both men and come on top. :D

I loved Kim Woo Bin in Twenty, it was something different from his usual brooding roles and he did a really good job there. And seeing the trailer for this, it looks like he's going to do a pretty good job here too. I think I like him better in movies, lol.

the soundtrack reminds me of inception soundtrack. Looks awesome.

I'm so glad they've NOT made the programmer a four eyed- unsocial-intomed in a dark room-gaming-nerd.