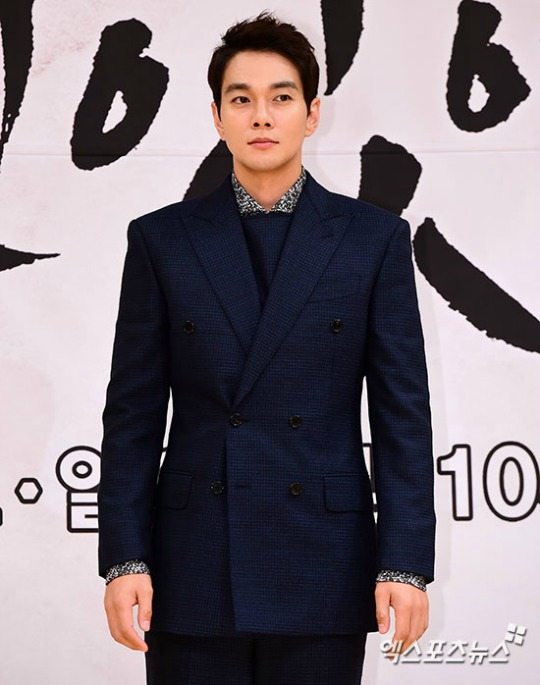 We’ve got a new addition to tvN’s upcoming Monday-Tuesday drama Introverted Boss, the latest project from the PD-writer team that brought us the fun romantic-comedy Marriage Not Dating. Actor Lee Kyu-han (I Have a Lover) is confirmed to appear, and it seems like he’ll be providing some of the laughs, although he’s already in great company with fellow comedic supporting actors Heo Jung-min (Oh Hae-young Again) and Yeh Ji-won (This Week, My Wife Will Have an Affair).

Introverted Boss centers around Yeon Woo-jin (Divorce Lawyer in Love) who plays the successful CEO of a public relations firm. He gives off a cold and mysterious air that’s off-putting to the people around him, but really, he’s a painfully shy man who avoids socializing with anyone at all costs. That severe introverted quality of his begins to change, and a romance blossoms when Park Hye-soo (Age of Youth) enters the picture. She plays the outgoing new employee who’s bent on exacting revenge on her boss for reasons unknown.

Lee Kyu-han’s character is described as Park Hye-soo’s neighborhood drinking buddy, and by trade he’s an online reporter. He gets entangled in a certain case involving her older sister, played by Han Chae-ah (Master of Trade–Inn 2015), and because he holds an important key to this case, hijinks ensue.

Gong Seung-yeon (Master-God of Noodle), Yoon Park (Age of Youth), and Jeon Hyo-sung (Wanted) are also set to appear. The cast is filling out quite nicely with a bunch of actors I particularly like (especially Yeh Ji-won!). So far, so promising!

Introverted Boss will premiere in January of next year on tvN after Rude Miss Young-ae ends.

I was disappointed when Yoon Doojoon backed out of this project but the new cast is making me excited again.
Love Lee Kyu Han! And Yeon Woo Jin is so freakin' handsome! Will be looking forward to this.

Me too, i was hoping he would join the cast but i'm excited again i like all the cast except the female lead but thats probably because i hate when characters are so many years apart child with adult is really too much for me.

love your name i love arashi too ^^

The main character's description reminds me of Angel where the eponymous character seemed really cool and mysterious but was actually a very socially awkward dork haha.

Oh goodness me the casting for this drama is too good to be true.

Every time I read something new about this drama, I get more excited. Come on 2017!

Everytime i see Lee kyu han, the first thing that comes to mind is his stint as Kim Sun Ah's ex boyfriend in My Lovely Kim Sam Soon.

You took the words right out of my fingers.

It seems like just yesterday then I googled to check when it aired. A decade to be exact... Quarter life crisis guysssss

I first saw Lee Kyu-han as the jerk-ass ex-bf in My Name is Kim Sam Soon, and he was funny. Then he suddenly got sexy in Que Sera Sera, and I liked his character much more than Eric's. It'd be nice to see him get a loveline with Han Chae-ah's character in Introverted Boss.

He was perfect Oppa type (second male lead) in 'I have lover'. How I miss the show.

This drama sounds interesting, but I hate the title. Shy and introverted don't mean the same thing at all (though you can be both shy and introverted), and you don't become less introverted by falling in love with someone. I hate it when TV shows and movies misconstrue what introversion means and give people bad information.