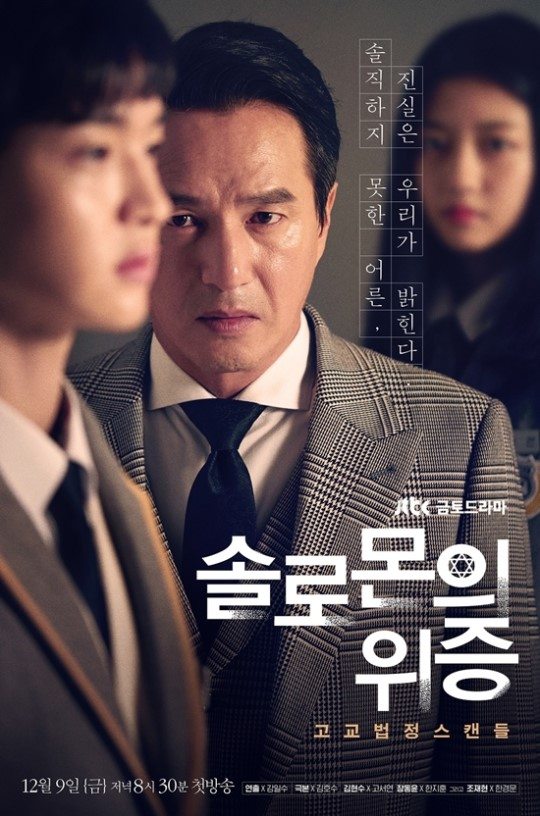 Solomon’s Perjury take place in the middle of winter, when a student discovers his classmate’s dead body, covered in the snow. An investigation into his death reveals nothing. All of the school officials and grown-ups seem to be covering something up. Fearful and suspicious, the students decide to pursue their own justice by looking into the case themselves.

At the forefront of this effort is Kim Hyun-soo’s character, model student Go So-yeon. Jo Jae-hyun plays legal counsel for the school board, who tries to keep matters hush-hush and limit bad publicity. Up-and-coming actor Jang Dong-yoon plays his son, a fellow student with a deep hidden pain who becomes entangled in this case. All three character posters show this tag line: “Adults who can’t be honest. We will find out the truth.”

After watching Jo Jae-hyun’s stint as a crazy psycho murderer in Master–God of Noodle, I can’t wait to see his chilling morally ambiguous side again. JTBC Friday-Saturday drama Solomon’s Perjury will begin on December 9. 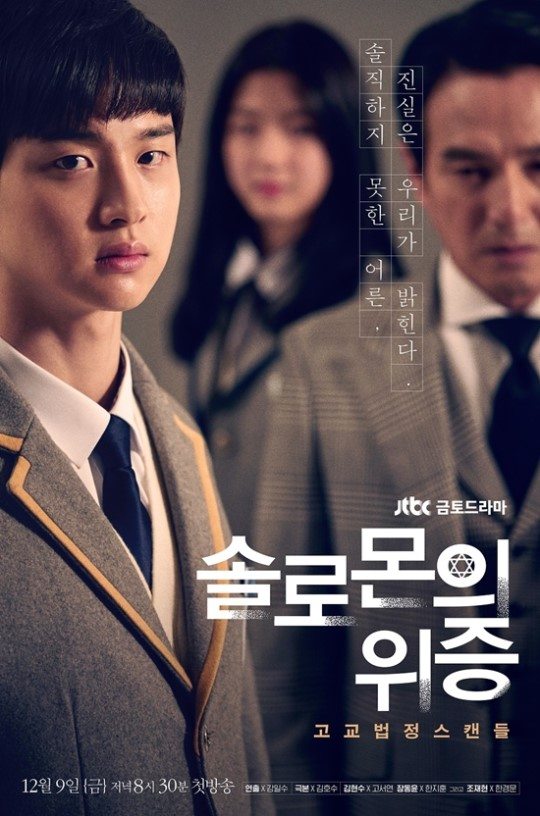 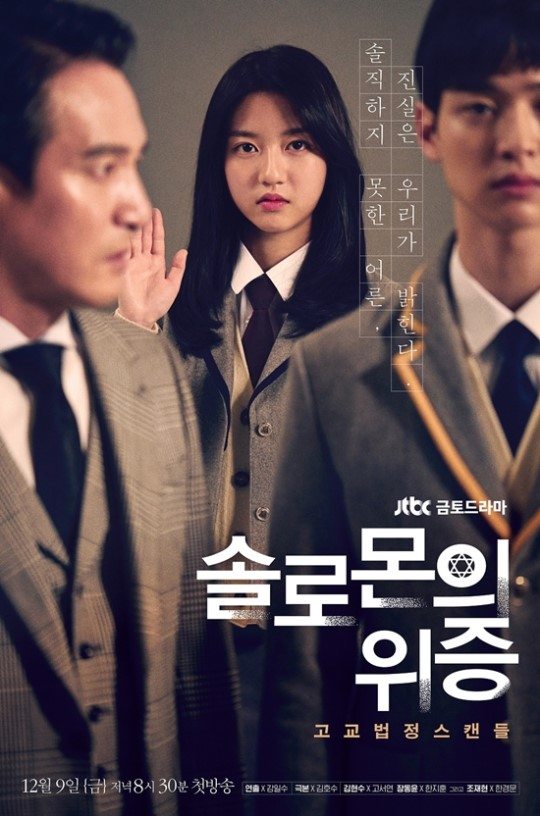 trying to keep the hype on the dl but honestly i have no chill. i am SO excited for this drama.

I love posters like this that have the same pose but rotate which character the perspective from. I don't why, but it looks so ~dramatic~ ?

Me too! Really looking forward to this.

I can't wait. So excited that finally there is a new drama that makes me interested again. Those posters look gorgeous and intriguing.

Oohh I like these posters. The different perspectives are shown simply, but still piquing my interest.

Ain't Heard It Through Grapevine has this kind of poster too?

Kim Hyun Soo is growing up! ?

I am sad that My Wife's Affair going to end this week, but at the same time i cannot wait for this drama to start.