Staredowns and threats of a shake-up in Solomon’s Perjury 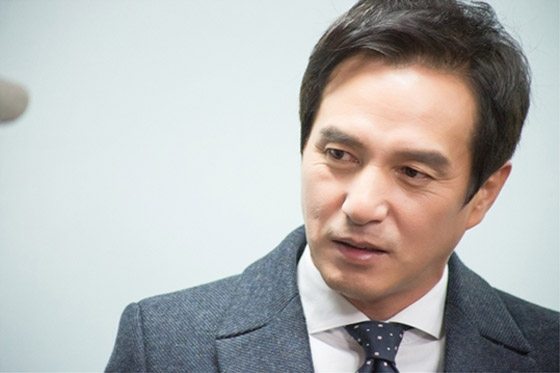 Since Jo Jae-hyun (Master–God of Noodles) wearing a stern face automatically makes me think evil (or at the very least, scary mofo), it’s pretty apt to have him playing a school administrator in Solomon’s Perjury, the JTBC mystery thriller that unfolds when a student dies at school, the adults turn a blind eye to justice, and the students decide to take it upon themselves to ferret out the truth. In a society where the adults in power are the enemy, Jo certainly makes for a mighty strong enemy.

These latest stills from the drama depict the scene that immediately follows the last set of stills we had, where students got caught up in a classroom brawl. In the previous stills, student Seo Young-joo (The Treacherous) was caught up in a fight with bullying classmate Baek Chul-min (Kill Me, Heal Me); here, he’s sent to talk to Jo Jae-hyun’s character, the legal counsel for the school foundation. The scene is described as being more than the ordinary meeting it appears to be on the surface: “Hiding a secret, Han Kyung-moon [Jo Jae-hyun] wishes for Lee So-woo [Seo Young-joo] to do nothing and be still, but Lee So-woo wants to cause a stir and confronts him with tense thoughts.”

That’s really the dynamic of the show at large as well: You have the adults and the parents wanting to sweep unpleasantness under the rug and maintain the status quo, while the frustrated youngsters refuse to stand by quietly and be silenced. It’s an underdog story to an extreme degree, and I’ll be rooting hard for the students to prove that they can cause that stir and accomplish big things, even without—or in spite of—the grown-ups of their world.

Solomon’s Perjury kicks off its run on December 9, in the timeslot following the currently airing This Week, My Wife Will Have an Affair. 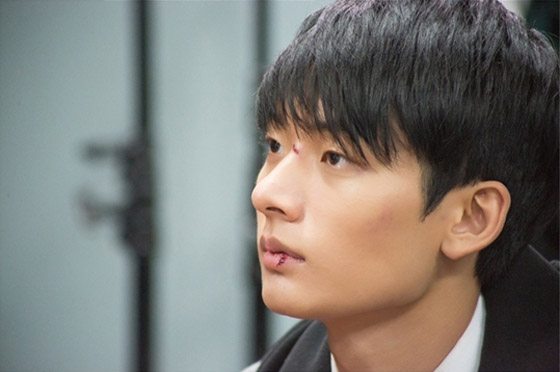 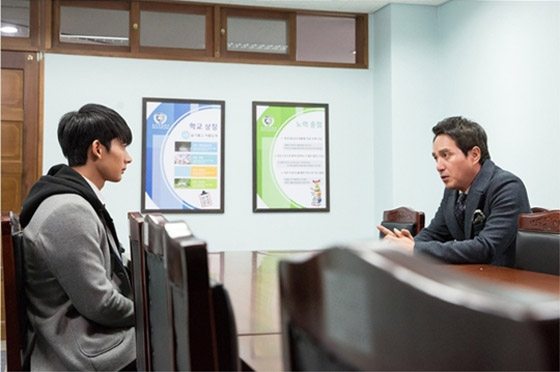 I love this type of drama. I cannot wait.

It's good have Chungmuro's Han Suk-kyu and Jo Jae-hyun in drama land this winter. Merry Christmas to me lol.

I cannot wait for Jo jae hyun and seo young joo's scenes together. Should be exciting as they've worked together twice now, first in moebius and also in the play equus.

Wow! I did not know they were in Equus together. (Thank you). This kid is going to be a big star someday. Choi Min-shik used to be in Equus and look where he is at in Chungmuro.

I'm impressed, he is my kind of actor. He is only 18 and he's done theatre, television and films.

Apparently, he's the youngest ever to play the role of Alan, at the same age as the actual character.

wow. I knew Seo Young-Joo was in the play Equus. I did not know that Jo Jae-Hyun was in it too. I too, am super excited to see them again together.

Tell me about it :D

Have you been watching HSK's Doctor/Teacher thingy? The first episode was a bit rough but I was hoping it would get better...real life kind of destroyed my soul right when it came out so I haven't gone back for more yet.

You shall watch Romantic Doctor, juniper! Hope no one is offended, but so far this drama is far far better than Doctors in term of plot. The title seems misled because no one in this drama is romantic, literally. All three main leads are not flawless. Not so much on HSK for first episode but from epi 2 onwards you'll get too see him more and more. This is different from medical drama that i've watched and im not a fan of medical drama, but the uniqueness of this drama is especially on the setup is at the small hospital, with not enough facilities. Han Suk Kyu is awesome as always and Seo Hyun Jin & Yoo Yeon Seok are doing great!

The reason I compared it with Doctors because both are medical drama and high rated medical drama so far this year.
- need to explain before somebody getting angry. ;)

I am totally not offended by the Doctors comparison. I actually haven't seen that one, but I definitely have a whole bunch of reference points when it comes to medical dramas.

I was a bit iffy on the first episode (not enough HSK, like you said :( ), so it's very nice to hear the show is going in the right direction, thanks :) I will have to pick it up again!

Thanks, I just needed to put a disclaimer beforehand ;) We already at epi 8, if you start now, you will not left too far from us :P Honestly epi 1 left me with doubt at first, because I was soooo afraid the romance will dominate this drama - and here we go with love triangle, and so on. Fortunately I trusted in Han Suk Kyu's judgment. Both Seo Hyun Jin and Yoo yeon Seok are very very lucky get to act with him. Hope they get to learn something directly or indirectly from him.

It's a perfect time to check in just for them. You haven't missed much. I wish I could tell you that you missed out on Jung Ha-yeon's new sageuk. As you can tell, I'm still dreaming. /tears

Well, I'm actually enjoying Doctor Kim, (the good, the bad and the eye-rolling moments). You know that happens in every medical dramas. It's progressing well, story and the acting is solid also as expected.
I just don't get enough of Han in this drama so I've been watching his old movies and rewatching old dramas too. Such a proud fan-girl.

I was really hoping Ahn Pan-seok might do something this year, but I guess not. 2016 is the worst haha. On the bright side someone is working on Queen Insoo's subs again! Episode 55 is finished now, only a couple left :D

I love him. And his voice. And his acting. And everything about him. If you're enjoying it, then I definitely need to watch it! I can't believe it's on episode 8 already. If you turn your back for a second on a kdrama it'll be over by the time you've come around again. I was planning on watching My Wife Is Having an Affair while it aired but it looks like it's ending this week lol.

We are on the same boat and I'm hoping that Ahn Pan-seok doesn't retire on us too. We've lost talented writers and directors to retirement.
Glad they are still working on In-soo. I know it's hard to go back and sub old and long sageuks.

Lol I said the exact same thing about Han Suk-kyu. I watched the pilot episode and wasn't impresses but I came back later and I'm finally caught up.

I am actually very happy this drama is well received in Korea, despite it is probably not that famous internationally, since no popular stars and idols here. Up to epi 8, the plot is great and hope it will continue for another 12 episodes. Wanted to rewatch Tree With Deep Roots but currently I am so busy watching Princess Wei Young everyday (it gives double joy because there are 2 episodes everyday) :P

@Kiara ottoke, i found myself started shipping Teacher Kim with Seo Jung, although i never cared so much on the romance since i prayed for less romance and politics. But the romance mostly will be on both younger leads, right

But.. But.. If I were Seo Jung, I dont think ill be able to resist Teacher Kim :D

I'm totally fine with him romancing his job lol. Why can't they let him sing one of the ost? He can sing too.

Even though I have no idea about the actors, director, writer of this drama and have not watched the original movies. I am still really excited about it because of the story! Hope it delivers!

I really hope this is great. It's giving me so much White Christmas vibes.

His nose is art.

Is there a romance angle in this drama??

Oh god I hope not. Who cares about romance when you have this great setup and all? I'm crossing my fingers that no romance is involved, or at least just implied in the background or something.

me too I hope romance won't involve with the main story

Thank you so much for the article, Javabeans. I'd watch just about anything with Jo Jae-Hyeon. I also love Seo Young-Joo in everything I have seen him in. No wonder he received Best Actor Award in Tokyo Int'l Film Festival (for Juvenile Offender). He also chooses his projects well; His last project before this one, being the movie "The Age of Shadows." I loved Kim Hyun-Soo as Lee Joon Gi's little sister in Joseon Gunman. I am eager to see her in her first leading lady.
I hope this drama gets licensed for the Americas. Please follow the Viki channel and submit license requests
https://www.viki.com/tv/33359c-solomons-perjury
https://vikiinc.wufoo.com/forms/title-request-form/