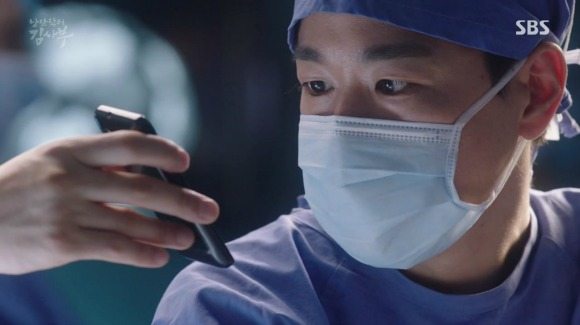 It’s a big week for finales (I count no less than four), so there ought to be lots of wrapping up and saying goodbye this weekend. Granted, I haven’t seen any of the finales yet, but far be it from me to keep you all from ahhing, sighing, or throwing your hands up in confusion/exasperation/anger. I hope for your sakes it’s a lot more of the former than the latter… —javabeans

1% of Anything: There’s something so satisfying in the fact that he seems rock-solid in his feelings and willing to take it further, and that he’s pacing himself to her reservations. I’m also grateful for the show’s relatively low drama-angst scale, which makes me able to enjoy all the relationship developments without getting too wound up about any of the interlopers or complications.

Entourage: The Korean audience’s response to this has been decidedly chilly, which I wasn’t expecting but which also doesn’t entirely surprise me. The original show was never brilliant with its plotting or story development; its appeal was a look at Hollywood that felt real and insider-ish. But it feels like this version never got adapted for its target audience, and without great plotting or story or verisimilitude, it’s mostly a pack of bros who kind of act like boors most of the time. It’s a loosely entertaining show, well-cast and true to the original, but not one where I like anybody in it.

This Week, My Wife Will Have an Affair: This show manages to be funny and interesting while sneaking in occasional stinging blows, like little surprise paper cuts of truth. I find the men characters weak, whiny, and riddled with flaws in an utterly entertaining way—and Lee Seon-kyun is excellent in this—while Boa’s Writer Kwon is one of my favorite female characters of recent dramas.

The K2: You know, I was settling into the flow of this show, resetting expectations and letting myself get drawn into the drama of the romance and the conflict, thinking that my main complaint was that the show was overselling the romance—I could have come around to accepting it if only they hadn’t shoved it down our throats, if they’d let it develop naturally instead of feeling so inorganic and awkward. But then that complaint fell by the wayside when the production went and delivered the most hilarious emotionally inappropriate PPL to ever grace our screens, because nothing could compare to that bit of nonsense. I just couldn’t take anything seriously after that.

Jealousy Incarnate: Of the Wednesday-Thursday shows, I’m the saddest about seeing this one go. It was full of unconventional families (woohoo, Mom ♥ Mom!), surprising warmth, and a nonstop supply of laughs, most of them at Jo Jung-seok’s expense. I just kind of love how undramatic this whole drama was, and how it invited us to find the humor in everything, be it mountain or molehill.

Shopping King Louis: I haven’t been very interested in this show in recent weeks, but the finale managed to bring back that lovin’ feelin’ when it counted, with that sweet, puppy-dog earnestness that is so distinctly Louis. I can’t say that I cared about the story in any way, but this couple was the definition of feel-good—if someone made a YouTube puppycam of Louis and Bok-shil just sitting in a box being cute, I’d leave it on all day.

On the Way to the Airport: I actually enjoyed the experience of watching this show, but once we got to the end, I found myself disappointed by how easily everything was sorted out. Am I weird for wishing our characters more pain and thinking that they got off too easy? I was rooting for the couple, I swear… I just thought there would be more THERE there, yunno?

The Man Living in Our House: Oh, we’re in the fun denial stage. I like where the romance is going between these two, and I especially love watching the hero flail about for reasons to continue denying his feelings. Scary gangsters! It’s for the house! For the love of mandoo! Not because I love you, pssh!

Entourage: Does anyone else feel like they got Vince/Seo Kang-joon’s level of fame wrong in the adaptation? Maybe this is how rising stars act in Hollywood, but in Chungmuro you’d have to be Ha Jung-woo or Song Joong-ki to act like such a diva, and even then I’m like, those guys are probably nice to everyone! I know they’re being faithful to the original series, where I admittedly never liked Vince, but you have to account for different industry norms!

Romantic Doctor Teacher Kim: Humona. When you start a drama like that, I have no choice but to sit up and pay attention. The surgeons are badass, the romance is hot, and the eccentric genius is totally kooky. It’s like House, but with romantic chemistry. Bring it.

Romantic Doctor Teacher Kim: At first, I was confused. Then I was intrigued. The story itself is absolutely bananas, but the directing is so competent that it somehow… works? It’s the impulsive watchability of Secret plus the weird triple-genre-ness of Doctor Stranger. But then I found out that the writer is of Baker King Kim Tak-gu fame, and the director of History of the Salaryman fame. It all makes sense now.

On the Way to the Airport: What an unexpected gem, with some of the most beautiful directing of the year. How I’ll miss thee.

The K2: It’s just silly at this point, and I’m almost in denial that it’s ending this week. Not because I’ve enjoyed it, but because I still feel like I have no grasp on the story being told, and was expecting some of the weirder ideas of the show to somehow coalesce into something sensible before the final week. But now we’re here, and I still don’t know why I should want anything for anybody. Come back with a better writer next time, Kwak PD.

This Week, My Wife Will Have an Affair: Aside from the habitually cheating and utterly reprehensible side character in Kim Hee-won, there’s not a character here without something valuable to offer. And I’m sure even he’ll have a point as we move further into the story—but I’m much more in love with Lee Sang-yub’s tendency to overreact and devolve into panic and/or helpless sobbing on a whim. I can’t look at him without laughing now, which is a pretty good place to be.

Tags: 1 show to rule them all, 1% of Anything, Entourage, Jealousy Incarnate, On the Way to the Airport, Romantic Doctor Teacher Kim, Shopping King Louis, The K2, The Man Living in Our House, This Week My Wife Will Have an Affair, What We're Watching

K2: I skimmed K2 til the end only because I really like Ji Chang Wook & Song Yoon Ah. SYA's ending was tragic, but I liked she repented to a degree & knew her end. H/e the whole romance was stupid. Yoona was a total crystal vase, and served no purpose up til the end. All she did was cry, scream and haunt me with "je ha". The fact that K2 also did all the work was ridiculous. Where the heck was the girl boy lovey dovey body guards? Did they even throw one punch? Or did they just eat all the time? Who leaves their posts? If if wasn't for K2 and Choi Yoo Jin I would have let the irreversible bomb go off earlier. Lee Jung Jae surprised me on how evil he can be and he does it naturally well.

Entourage: It's something to watch, but I'm not really liking much of it. Love Kwang Soo, but I hope one day he plays something other than a fool. He should act as a winner one day - the guy with the girl, money, and heart. Part of his true personality. The friend/manager acts really different from his Dong Ju movie role, so that's nice to see. The best actor is the head Ceo Manager. He's hilarious and the lengths he'd go to chase down a deal. I haven't seen Signal yet - everyone rants about that. But the storyline is missing direction big time, and Amber has no purpose really. I don't even care of SKJ ever gets a job. He's not even an actor who cares about 'craft', so why should we care about him as much as his managers and freeloaders do. he's a nice guy to his friends, but that's it.