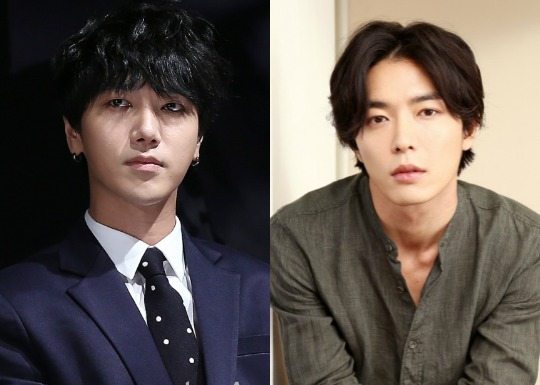 The cast of OCN’s upcoming crime thriller The Voice has two new additions: Yesung (Awl) as a cast member, and Kim Jae-wook (The Last Princess, Age of Feeling) in a special appearance. The table read also took place earlier this week, which means production will be in full swing shortly.

The Voice is the story of two police call center dispatchers played by Jang Hyuk (Beautiful Mind) and Lee Hana (Unkind Woman) who both lost their loved ones to a serial killer still on the loose. Jang Hyuk’s character used to be a star detective, but following the death of his wife, guilt shatters him and he becomes obsessed with finding his wife’s murderer, spiraling into a monster himself. Lee Hana plays a genius voice profiler who can distinguish street cats based on the sound of their meows. She lost her police sergeant father the night she was working at the call center and tragically heard him die at the scene of a gruesome crime. The two dispatchers unite in their search for the serial killer before he/she strikes again.

Idol actor Yesung broke out in JTBC’s Awl, where he gave a strong performance as a supermarket worker going up against the establishment. He’s been cast to play the maknae of the police call center who is instrumental in solving the serial killer case. Kim Jae-wook will return to dramaland after a long hiatus, and while his role is described as a special appearance, we do know that he’ll play an important character who holds the key to the case.

Written by Ma Jin-won (I Am Legend) and directed by PD Kim Do-hyuk (I Love Lee Tae-ri), The Voice aims to be a dark and bone-chilling affair. One thing’s for sure, I’ll definitely take a crime thriller over the singing competition show with the swiveling chairs and indecisive celebrity judges that the show’s title evokes.

OCN’s The Voice will premiere sometime in January of 2017. 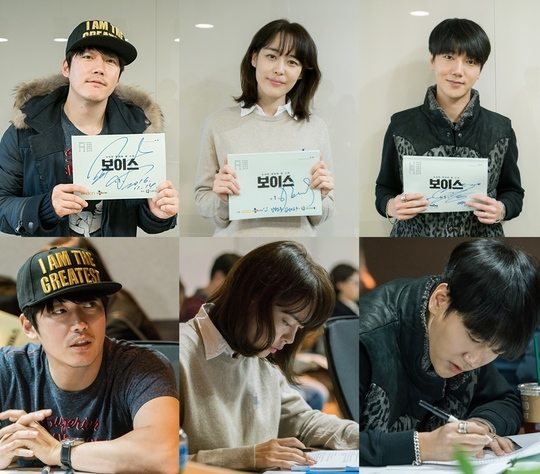 Ooooh! Yay! I feel like I haven't seen Kim Jae Wook in ages.

(Too bad it's just a special appearance... why does this guy not have more projects.)

I wish. Was I accidentally clever? I'm scratching my head as to what you could mean though. Cause his last drama was Age of Feeling?

Aww, I read too fast and didn't see that it was only a special appearance. Boo, hiss. Seriously though, I'm happy he's had a few movies this year, but I don't really get to see those so :( . Otherwise, he's like completely off the grid.

Sooooo...will Kim Jae Wook *have* a voice in this one?

Seriously. The last time I saw Kim Jae Wook was in Who Are You (2013). And he did not have a voice. It was the saddest thing about the show.

Even without his voice, his acting outshined the main lead( a guy from 2PM, sorry I forgot his name).
why doesn't he appear on K dramaland is beyond my comprehension.

Omg Kim Jae-wook! Nice to see him back in dramaland. Hope this role is a good one for him. Not a short one.

Both guys are important to the case.... I hope KJW is not the killer though. Excited for this drama anyway, haha. :)

But "special appearance" definitely could mean he's the killer... Sigh. Still excited to have him work on The Voice at least to some degree.

I miss KJW, what's he been up to lately? I will forever know him as Waffle Cart Guy, though. ;D

Yeah... special appearance. I just saw that on another site. Bummer. Seems like the role will be short then and/or he's not part of the main team. :(

I haven't seen his recent works so Idk what's he been doing either. x3

he is in the movie The Last Princess opposite son ye jin... sadly, he plays the (arranged marriage) husband...

Omg. Why why why?

Why isn't kim jae wook a cast member but a special appearance only?!

I miss him so so so much. He deserves a main lead role in a well written+directed drama.

Whoa, the enthusiasm! ;) I haven't seen Yesung act before, but I heard he was decent in Awl. I swear, though -- the man is aging backwards. I need to know his secret.

I hope he gets to sing the OST. That would be everything.

Special appearance only!! Why? Kim Jae-wook is one of the most underrated actor in Korea. Sadly.

Think "underappreciated" is the more apropos term as KJW is well-regarded for his acting ability.

because kdrama land is too busy tailoring their writing for shitty idol wanna be actors..

I always think of that one online comment of someone saying that whenever they think Kim Jae Wook's career they come away with more questions than answers. How can you be that good at what you do and barely catch a break?

But, anyway, I think I need to watch Awl.

Everyone should watch Awl. Awl is great. Yesung's acting in it was a pleasant surprise.

I totally agree.. Superb drama and Yesung was very good in it.

IKR? I am afraid, when he decided to back out from Age of Feelings because his role was not as important as he was promised, he kinda got blacklisted from the drama industry or something. Or maybe he was the one who felt the industry sucks and took a break from it? Who knows. I only saw him in some of small indie movies since then. Whether it's difficult for him to get offers or he gets special satisfaction by doing artsy works. I hope it is the later.

Wasn't everything that went on behind the scenes of Age of Feelings a mess? Lol...I think they changed the writer and he left when that writer left? Honestly, it was a lot...I don't even remember or want to, lol.

And some people haven't been paid for that project yet. :( Poor folks...

OMG. I was not going to watch this drama, until now when you mentioned Kim Jae-Wook is back to dramaland. I hope/pray it is a good drama for him. I also loved Yesung in Awl.

They have changed this show's name from "The Voice" to just "Voice".

KJW looks so fine in that pic..His acting from "bad guy" left a big impression on me. Hope his character here is somewhat similar, he does well in those types of roles.

I think I saw him walking on the street in Kyoto. He is very handsome and he has his own fashion style which is not a typical of K drama actors.

Eugh, come back to dramaland for real, Kim Jae-Wook.

Like others, I need to watch Awl. Very curious to watch yesung! Liking the cast...

Awl was a good drama. I liked it. Yesung was good too.

Wasn't this originally supposed to be a female-centric show? I mean, Kim Jae-wook is the most beautiful specimen on Earth, but still...

Seriously...where has Kim Jae-wook been???

Need him back, please. Pronto!

Mmm is he the killer? Lol

Ahhh... why only special appearance?? *pout*
Missed him so...

Why can't I see Kim Jae Wook in a drama as a lead, even as a second lead (as long as he is not some kind of a ghost), I miss him.

Hurray jang hyuk! Hang hyuk is so versatile. He did well in Beautiful Mind.
I truly hope this time he gets good ratings for this

I didn't know Kim Jae Wook played the arranged husband in "The Last Princess" (fantastic movie btw. I cried like a baby). I thought it was a Japanese actor. Despite it being a small role, he did great in it. Hope to see a bigger role for Kim Jae Wook.

I seriously thought they were going to be judges on a Korean franchise of The Voice. :P

Is key role in the murder code for he is the murderer. Cuz that jawline is pretty distinctive....