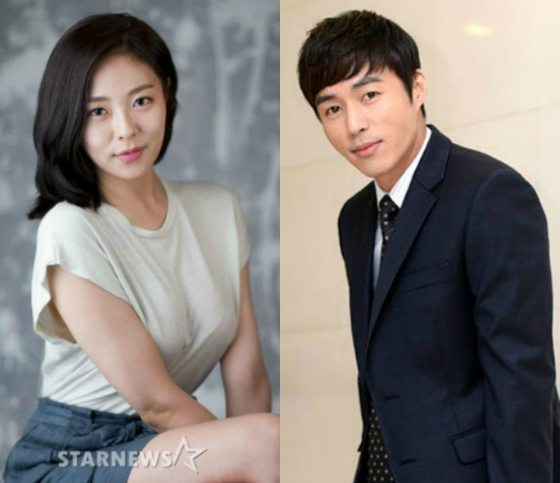 The newest casting additions for upcoming MBC fusion sageuk The King Loves create another layer of intrigue to the plot. Set in Goryeo, this historical melodrama features a complicated love-power triangle. Early on, ZE:A’s Im Shi-wan (Misaeng) and SNSD’s Yoon-ah (The K2) signed on to headline as the elegant king and his lover. Hong Jong-hyun (Moon Lovers: Scarlet Heart Ryeo) is still reviewing the offer to be the third leg of the love triangle. Recently, actress Chu Soo-hyun (The Time I’ve Loved You) confirmed her role, and actor Oh Min-seok (Secret of Women, Kill Me, Heal Me) is said to be in final negotiations to join the drama.

If Oh Min-seok confirms (which looks very likely at this point), he will play Song-in, the hidden power figure controlling the most powerful noble family that opposes the king’s reign. Described as an ambitious man whose dreams crumble to dust because of love, Song-in rises again to take his revenge. To most people, he seems like a dedicated family man who works hard as a government bureaucrat, but he’s actually a power-hungry politician whose influence reaches the innermost courts of the royal palace.

Choo Soo-hyun is set to play a gisaeng, Ok Bu-yong, who is raised to become the king’s woman by Song-in. Growing up ignored by others who think of her as a useless nobody, she falls in love with Song-in, the first man who recognizes her latent potential. Under his guidance, she becomes Goryeo’s ultimate femme fatale and by his request, she enters the palace to become the king’s concubine.

Ahhh, I'm so torn on Oh Min Seok getting the role. Lol, it's funny because I didn't even know the guy existed until I watched Butakhaeyo eomma, but I loved him to bits in it, especially whenever he unleashed the repressed emotion in his character. I've seen real people have breakdowns that looked less realistic than this dude's.

So yeah, I'm really excited to see him on screen again, because the agony this guy can show on his face is so real it cuts my soul, but on the other hand, I feel too biased/sympathetic towards him to want his character to be an all out villain. X'D Is it too much to hope that he'll start out power hungry and end up anti-hero?

From what I've seen in Misaeng he can pull off the cold villain look well. Those eyes! And though I'm fed up with Goryeo princes at the moment, he would totally rock a sauna scene, just sayin'.

Overall I like the cast. (I haven't seen Yoon-ah because I refused to watch the K2.) Sadly this Goryeo story does not interest me, but I'll probably check it out anyway. *hurries back to watch Misaeng*

Oddly enough, I was watching Misaeng today (I know finally) and wondering who the good-looking Manager Kang was... and here he is reunited with Im Shi-wan. YES!

Is it me or there have been a Goryeo trend in dreamland recently ?

not exactly,
goryeo is on moon lovers (the bad example) on 2016
there's silla that just start,
shine and go crazy on goryeo 2015,
the era just popped up,

Actually SSL, MDBC, LotBS are from the Joseon era. Hwarang is from the Silla era. Only ML and Goblin are from the Goryeo era.

I know, that's why I said fantasy/fusion... includes all of them, not only Goryeo.

there is Goblin too. With Moon Lovers and The King Loves (this one), I have the feeling Goryeo sageuks are following each other (but that may be my feeling only)

I had no intentions, but really no intentions to watch it but then they turned it in a Misaeng actors reunion and now i'm all conflicted....

In one hand, i have a very hard time to get over Misaeng since i watched it last september and i'm so in need to see Misaeng cast (any actors from the cast) interact again, but on the other hand my intuition is telling me that there's no good to expect from this drama and usually my gut feling is quite on point when it comes to pick up a new show.

I have never watched a show only for the actors, but they say there's a start for everything,....

For Hong Jong-hyun, you might want to check out MAMA - Nothing to Fear. It's about a single mom with a terminal illness, and Hong Jong-hyun becomes her much younger boyfriend...

Ohhh if Oh Min Seok confirms I may try to watch this. I always like him and I know he can do villain role.

In All About My Mom, I seriously hated his character but end up loved him. Hope this guy will be able to be achieve more. He has talents. If this turn out well he may outshine the other casts.

Somebody pls let yoona rest...i need to see other actress /people on my screen...*sigh...pass!

You want her to rest after one drama? lol

"i need to see other actress /people on my screen" um you can if you watch every other drama that she wasn't in this year???

The plot of this drama keeps catching my attention.
The cast i'm not familiar with except for Oh Min Seok who I had only seen KMHM was not much to leave an impression.

But so far, i'm loving the character and plot descriptions just wary of execution. It just upfront says its gonna be messy a la Jealousy Incarnate plus politcal intrigue. Hope it delivers!