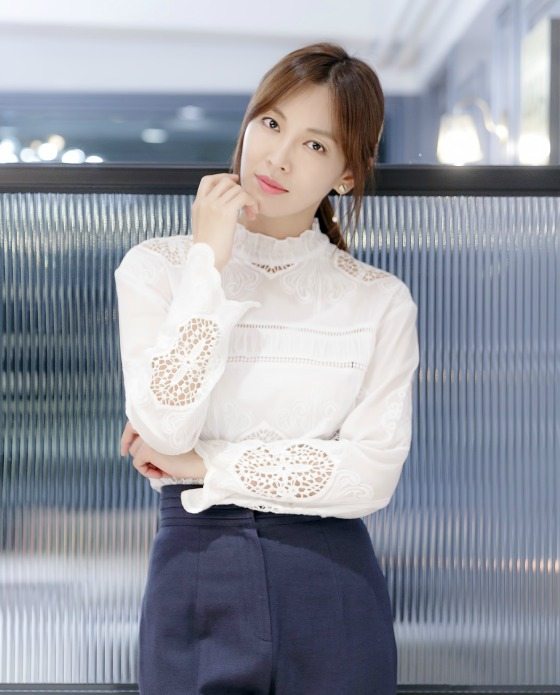 More information regarding KBS family drama Father Is Strange has been released with new actors joining and others confirming their roles. Kim So-yeon (All’s Well With a Happy Home) has been added as the latest member of the cast, as the eldest daughter of the central family. Father Is Strange is purported to be a warm feel-good drama centered around a family living in the suburbs of Seoul.

The titular patriarch of the family will be played by Kim Young-chul, who coincidentally also played Kim So-yeon’s father in their last project, All’s Well With a Happy Home. The similarities don’t end there. For Happy Home, he played the owner of a Chinese restaurant, and for this upcoming drama, he’s been cast as the owner of a snack restaurant. He loves his wife and four kids, but has been hiding a deep secret for many years.

Kim So-yeon has been cast as his eldest daughter, which was also her role in Happy Home. But this time she’s not a housewife; she’s a glamorous, confident lawyer. Usually a little more selfish than not, she ignores most of her family’s squabbles, but during critical moments, she always rises to the occasion. Kim Sang-kyung (Jang Young-shil) is currently in consideration to play a variety PD who becomes her counterpart in love, but nothing is confirmed. In fact, KBS has explicitly said that Kim Sang-kyung is one of four actors whom they have approached to possibly take this lead role.

Jung So-min (D-Day) is currently in negotiations to play Kim So-yeon’s younger sister, who despite lacking in beauty or grades when compared to her elder sister, still has a great personality and appetite. When she enters Haewon Entertainment Company as a new employee, romantic hijinks ensue between her and their biggest celebrity, Ahn Joong-hee, played by Lee Joon (Woman With a Suitcase). He’s an American-raised star actor, who’s never lost a lead role since his debut ten years ago. He’s supposed to be egotistical and self-absorbed, which I can totally see Lee Joon pulling off, especially after his stint as a chaebol heir in Mr. Back.

omg, i love all her roles and can see her in this drama. can't wait for it!

I HATE this cast. Because I HATE 50 episoders with a passion. And this cast is going to make me watch this. [email protected]#it all!

Your first sentence almost gave me a heart attack. I was about to pull your hair (jk). But I agree. I hate 50 episodes drama but because I love the casts, i'm going to watch it too.

Finally more information about this drama. Kim Young chul playing Kim So yeon`s father in two consecutive family dramas. It will be interesting to see the interaction between father and daughter in this drama to compare it with Happy Home. The memory is still fresh.

Kim Sang-kyung is one of four actors whom they have approached to possibly take this lead role? What if one of them is Lee PilMo who worked with the PD before? That will be a complete reunion. LOL

I am hoping it will be Lee Pil Mo too. I know that I am in the minority for this, but I didn't like Kim So Yeon pairing with Lee Sang Woo in Happy Home. It's great that they dated in real life, but just didn't like the pairing in the drama itself.
I really rooting for Lee Pil Mo character's in Happy Home. Hopefully he gets the girl this time around, fingers crossed :)

I loved both couples in HH. I wasn`t rooting for Hyun ki to get the girl but I loved Kim So yeon and Lee Pil Mo`s scenes very much. I want to see them in another drama together. I doubt that it will very soon but that doesn`t stop me for wishing.

Whoa, she just wrapped a weekend drama and is going to make another one.

However, it must be a little tiring, compromise to a long drama like this one.

Seems like she really enjoys doing weekend dramas! I'm glad she's found a niche, but I miss her in action-y stuff too.

I am actually quite worried! I think that if you start doing too much week-end drama you end up being tagged as a week-end drama actress and other opportunities will wither away, much like it was the case for Kim Hyun-joo .....I would not be against it if week-end drama were all the things but god , asied some exceptions, if you have seen 5 of them, you basically have seen all of them, however they tell a story, you, most of the time, end up with the same classic mix of characters and plot. When it is not downright a makjang. Kim Soo-yeon is one of my all-time favorite actress but even for her I can not stand watching 50 episodes of rehashed, reheated plot.

I totally agree with you. I will definitely watch for her another family drama of 50 episodes but I hope and pray it is enough. I am quite sad that she did not have other offers but I want to see her on screen so I am grateful for this.

Unlike Happy Home, I think she will have lesser screen time and dramatic scenes. I feel this is the first time I will see a classic family drama. Her last drama was not a typical family drama and that was good for me.

Oh there it is again that
"How does she look?"
"She has great personality and apetite" -_-

If Jung so min accepts, she'll be reliving her character in Playful kiss. LOL

I wonder who are the other 3 actors in consideration for the role... I'm secretly hoping it'll be Lee Pil Mo

I replyed to Larus's comment above and said the same thing. I would be really excited if Lee Pil Mo is the lead in this drama. I really wanted their characters to end up together in their last drama, Happy Home :(

I love Kim So-yeon and Jung so-min but I just did not like the father especially in Happy Home. Oh well, hopefully this one will be good.

I'm tired because I like her so much! Why long weekend drama again? She should comeback with miniseries. its seem more suitable with her ability.

Hope Dramagods will hear our prayers. I would have loved if she was the one who had received the script for the remake Mother for examples, a female-centric role in a thriller, even a multilayered villain. And I am sure she preferred a miniseries for her next project as well but you can`t always get what you want.

I am nervous about her role in this drama but in the same time I am hoping that she saw potential in her character.

Why so yeon why another long weekend drama... i'm so tired watching 50episode drama again ???? but if the male lead is good i'm in!! Kinda not interested with the male lead if it really Kim Sang-kyung... kinda hoping joo jin mo ???? been a while watch him since eundong

With that being said, some dramas would be better if they stopped at 10-12 eps.