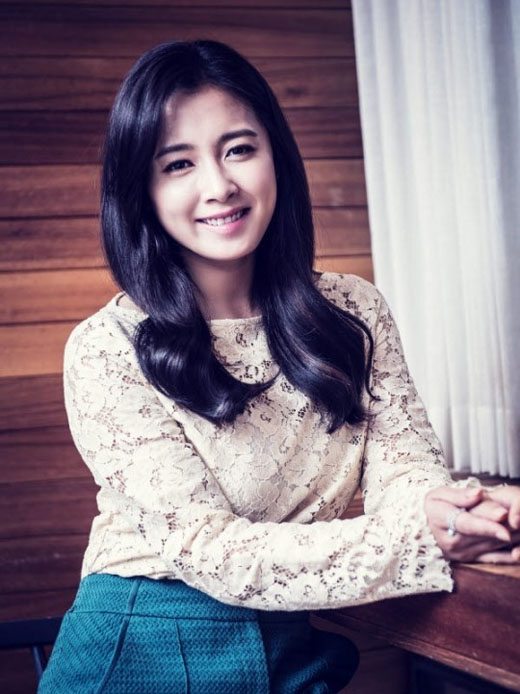 Ooh, I like this potential lineup: Nam Sang-mi (Joseon Gunman) is eyeing KBS’s upcoming drama Chief Kim for her next project, which could pair her with Namgoong Min (Beautiful Gong Shim); he is still considering, though he’s said to be in final negotiations. The drama is described as an office comedy, and if Namgoong Min ends up taking the lead role, I will be ALL over it, because he doesn’t simply have a knack for comedy — he actively seeks to make his comedic characters bizarre and weird, in very interesting ways.

The central character, Chief Kim, is a former accountant who comes to an ordinary company as a middle manager. The character sounds like a quirky mix of contrasting traits: He seems bright and joking on the outside, but he’s also principled and stands up for the weak; at his company, he’ll work to protect the rights of his employees and uphold common sense. Ah, if only all our middle managers would do that. So it’ll combine underdog spirit with office comedy and an oddball hero, which are all things that appeal to me.

Nam Sang-mi has been offered the role of a deputy manager in the accounting department, who grew up in a typical childhood in post-Olympics Korea, and who takes a strong sense of pride in her job. It’s a role I can easily picture her in; Nam has played a lot of sunny, determined everywomen characters and does a great job combining backbone with a positive attitude. If she accepts the role, it would be her first in three years, since Joseon Gunman; she has since had a baby and has focused on parenthood. She is reportedly considering Chief Kim out of a few different projects, so we’ll have to wait and see whether she’ll sign on.

Chief Kim is scheduled to take over KBS’s Wednesday-Thursday slot after Oh My Geum-bi, and will premiere in January.

I've never watched any of the dramas she's in, but I've heard good things about her, let's hope she (and the male leads) are confirming soon.

Please, please, PLEASE let this happen! I like both potential leads, and I love quirky characters. Crossong fingers that this happens.

Nam Sang Mi was pretty good in Light and Shadows even she was not the reason I watched the entire 60 episode ++. Bu

It's been 8 years since my drama addiction but I've never heard of her, hope she's a good actress.

Are we the same person lol ?! I was scrolling reading this thing wondering why I don't know her after being in kdrama land for 8 years already. I swore I new all the older actors... guess not

I guess you missed her by one year lol. She was in Time Between Dog and Wolf with Lee Junki.

Few days ago I spent my day by watched Time Between Dog and Wolf and I thought it would be nice if I saw Nam Sang Mi again in dramaland...
And yup here we are... Potential comeback. Hopefully she accept it...
*Special Note: TBDnW is really great drama and still in my top ten drama on my whole time as drama addict since 2001. ^^

They are supposed to take over OMGB in Jan and they haven't confirmed the cast yet?!? ?

Oppa Namgoong Min I hope you take it because I miss you on my screen but I'm worried about how busy you will be filming to fit the schedule!

Will everyone hurry and settle their roles- and get started on filming STAT!

Right? They are SO behind, but since it's an office drama they can start filming next week and have material to keep up.

I didn't really care for her acting in Joseon Gunman. She was boring and bland and was easily outshone by the second lead actress Jeon Hye Bin who had major chemistry with Lee Jun Ki. If she chooses to star in this project, let's hope she brings in a little more spark to her performance.

I think she is beautiful in a natural way. I love her skin-tone, not too pale.

On the acting front, she is easily overshadowed by the talented 2nd lead like Jeon Hye-bin. She is just one of those actorsthat I hope would stay away from sageuks leading roles.

I adored her in Bad Family with Kim Myung-min. I think she does much better in modern roles so here's to hoping she sticks to them from now on.

Now, Jeon Hye-bin, I definitely wouldn't mind seeing her in another sageuk.

I really liked her and LJG in The Time Between Dog and Wolf. I think in JG some of the issue was the writing and part her performance. I actually thought their "cave kiss" was pretty hot for a historical. But, yes, LJG and JHB were great together so maybe those dating rumors are/were true.

Either way, this role sounds right for her.

I agree, she is one of the actresses that I think a very naturally beautiful,and her skin tone is nice.

As long as she is not doing heavy role and melodrama (Her in Goddess of Marriage was bland too), I think she can do it.

Wow! What perfect casting all the way around! Please let this happen!

Oh I love this casting, Nam&Nam would be awesome. Her last drama did her a lot of injustice, I hope she accepts this one as it sounds perfect.

Ooooh, this sounds like so much fun! I have never seen her in anything before but if she's as good as you guys say she is, I hope she takes it!

Namgoong Min as really surprised me. The earliest thing I have seen him in is Can You Hear My Heart (which I didn't finish) and he didn't leave much of an impression on me except for one scene where he had the UGLIEST CRY EVER, haha. Then I saw him play a completely different character in Girl Who Sees Smells and I enjoyed his take on a cold serial killer.

Then I watched the first couple of episodes of Beautiful Gong-shim and he was SO delightfully weird. I definitely won't complain if this is the type of character he starts going for. This role seems like it is made for him so I hope he accepts!

I didn't know Nam Sang Mi has been away from dramas that long and that she had a baby!

I've only seen her in Time Between Dog and Wolf and Joseon Gunman. She didn't leave much of an impression in TBDAW, but she was pretty and sweet in JG. Definitely outshined by Jeon Hye Bin. I hope her new character is more interesting than the previous one.

Thrillingly, he's proved he can do everything. Sadly, she is so bleh. As a "biggest fan" of his, this is really disappointing to me.

its a bit worrisome we are approching start of second week of Dec and the cast isnt finalise. Hope for the production sake cast gets confirmed and script reading can take place soon

God, the first thing I'm just, WHY ARE THEY TOO LATE?? Next airing drama and still no one has confirmed lol.

As a fan of NGM, I like to see him more in kdrama land, but this one I'm not sure, and I haven't heard of this female lead but I don't feel any chemistry.

Now I don't know if I really like him to confirm .. I hope it goes well :/

Namgoong has accepted the role tho, he did it like 3 days ago.

hay guy,u can check her previous drama around 2006 aka spy i means everybody didn't known about her that much she kill in there because i'm also miss Koala,so please let me 'sweet spy 2'too.

I dont really like the male lead but i like sang my.my feveret actress after sweet spy,gourmet and tbdnw.meby if the guys act for second lead i will watch