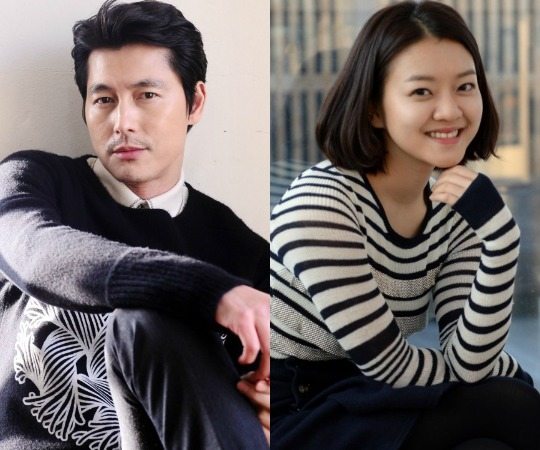 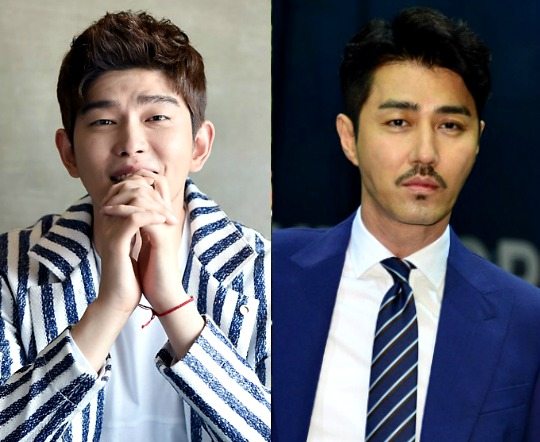 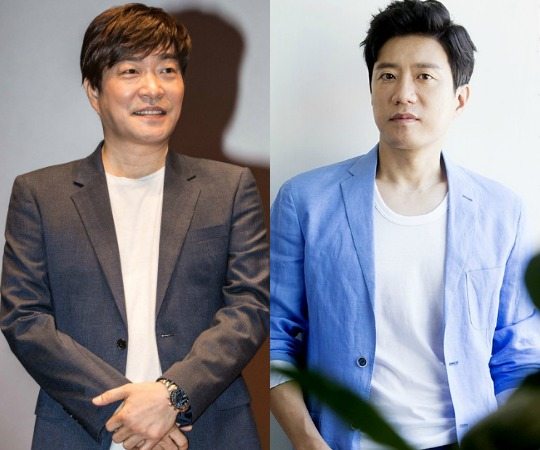 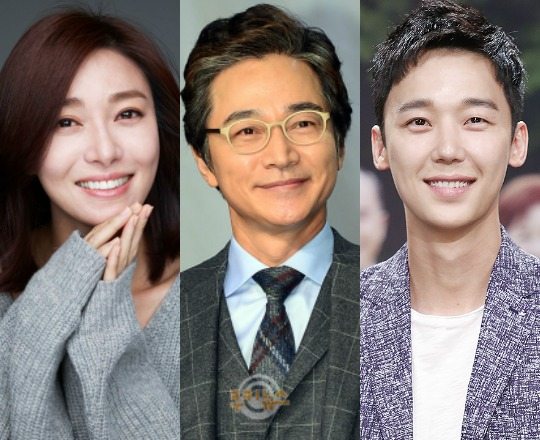 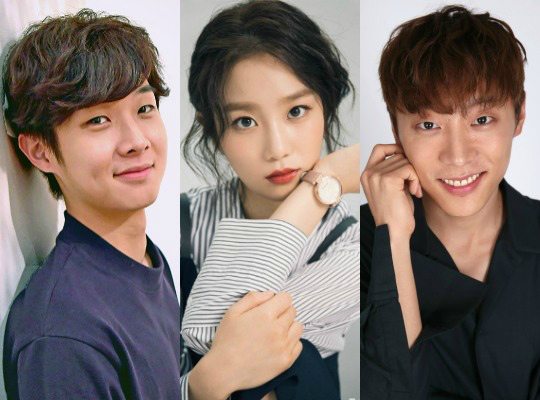 Yay for Go Ah-sung. Please just do something. Movie or drama I don't care.

"We’re inching closer to a second season of Signal.."

I know right XD, I almost screamed but I was able to remember that everyone in my house is asleep.

I know, right? I just started watching thanks to the year end reviews and am on ep 14 now. If there is a second season..... oh my. More suspense and excitement!

That sudden jump! Be still, dear heart. Be still.

the men from Age of Youth is gonna shine in 2017. I missed yoo eun jae's man and kang unnie friend

Am the only one who always mistake Ruler with The King Loves?

Nope. For a minute, I thought Yoo Seung-ho was in The King Loves.

I think 2017 will be the year of melodramatic youth-ish/ fantasy sageuks. We have Rebel Hong Gil Dong, The King Loves, Ruler- Master of the Mask and Saimdang- Light's Diary already lined up. As a sageuk fan, I am pretty excited!

Same, getting sick of these dress-up sageuks.

Yeah right.. back in early 2000s or even early 2010s almost all sageuks are serious stuff, the people involved were "seriously" try to tell the history, well even if elements of fiction involved. That's why we get the likes of Dae Jang Geum, Jumong, Queen Seondeok, Yi San, Dong Yi, etc.

But then.. I think since 2013 or so almost every sageuk produced are youth/fusion sageuk. Only a handful of them can be categorized as serious sageuks. And it's even rarer nowadays! I wonder if no one interested in serious stuff anymore? Because I'm sick of fantasy sageuk already, I love sageuk and I love it because I can learn history, not because I wanna watch flower boys dressed-up in hanboks.

I definitely understand how you both feel. I love learning about history through serious sageuks, and all the ones mentioned plus a few recent ones such as Empress Ki and Six Flying Dragons are all amazing watches (though a little low on the historical accuracy scale).

I am not Korean, but having binge watched most of the well-known sageuks recently, I feel that they have covered a wide range of the more well-known rulers and eras, and there will be repetition as well as comparison.

Thinking from a marketing POV, The traditionally older ( female )audiences who tend to watch these shows and garner ratings have probably already seen it all- right from the 80's and 90's till today, and may find the recent shows repetitive and inaccurate (as I believe shows these days take more historical liberties). Hence , TV stations are refocusing their shows for younger audiences who will be their future, as well as international audiences, who may be more invested in a fusion/fantasy sageuk rather than having to follow and understand history properly (think more Game of Thrones rather than Downtown Abbey).

I also believe, from quite a few interviews (MDBC, SFD, Hwarang, Seondeok) I have seen, serious sageuks require lots of time, energy, dedication, acting and action skills, which many of the more popular stars aren't willing to dedicate so much time for.

I don't know much about Korean history, but I do know there's enough of it for intelligent writers and producers to do new and interesting things with it for years and years to come. Even the more well-known parts of it can be re-interpreted or approached from new angles. And although it's true that period dramas are generally more difficult to do, an accessible, good sageuk doesn't need to be particularly elaborate or expensive, or to talk down to younger or international audiences. IMO the problem doesn't lie with the genre but with TV stations that are so fixated on trends and money that they have lost sight of what is important.

As for Game of Thrones vs Downtown Abbey: GoT is set entirely in the realm of fantasy, but to my mind it's a more accurate reflection of real-world history and politics than DA, which just got soapier with every series.

Well, I think these are the only ones declared for the first half of the year. I hope some more compelling/serious shows come our way in the second half.

And My Sassy Girl - sageuk version

Oh yes, I had forgotten about this one! :)

I am so hyped for The King Loves! :D

I can't wait to see Siwan on my screen again. I really hope the cast especially Siwan, Yoona and Hong Jong Hyun, prove the doubters wrong and show good acting in the drama. I wish the drama success. Can anyone tell me if the director is good? I am really curious if they got an effective writer and director.

Wow, am I psychic? I've never seen WF coachnim before in a drama, but while I was watching WF thought "this actress is awesome and I want to see her in a sageuk, preferably as a queen mother." Guess I wasn't the only one!

Shin Hyun-soo's character reminds me of Kwak Dong-yeon in Moonlight.

Noticed the trend in saeguks too. Wonder why since they didn't perform very well in ratings except for Love in the Moonlight.

It is interesting to me as well. I'm a big fan of fusion saejuks and historicals as a whole and generally they don't do that well. A lot of Moonlight was the lead couple's popularity. However, since it's my kind of genre, I'm just gonna run with it and hope that a few of them have good stories to tell.

It's my kind of genre too. I can't really stomach serious saeguk so fusion saeguk works well for me.

..She’s in talks to pen the script for Signal 2 after her next drama wraps, a sageuk that will likely debut in the latter half of next year..

My eyes cant distinguish whether its Jung Woo-sung or Jo In-Sung in the first picture, until i saw the name below. Their names are similar and their faces are too similar and the smile is so similar.

My God, Jung Woo Sung is handsome and, have you seen his legs? Greek God caliber.

Its interesting that he's in a project with Go Ah Sung because as I watched some scenes of one movie his( name's eluding me), I thought the actress looked like Go Ah Sung and now, voila.

That's gotta be on a lot of people's christmas list this year - hooray!

MBC has two anticipated saeguks next year, with trendy actors, that means they decided to enter the ratings battle with the SBS and KBS, this year they didn't seem to care, as far as I remember they have trendy cast only for W.

Can't stop giggling over "aje fatale", which is so apt for that deadly attractive pair Cha Seung-won and Jo Jin-woong.