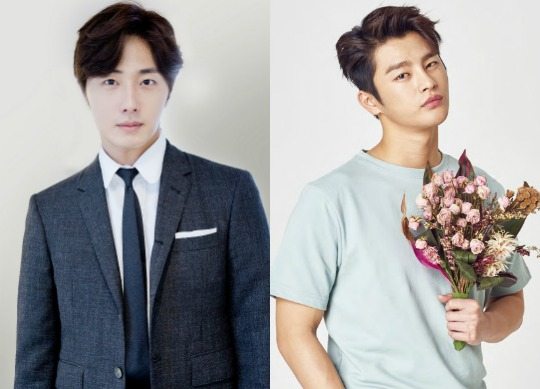 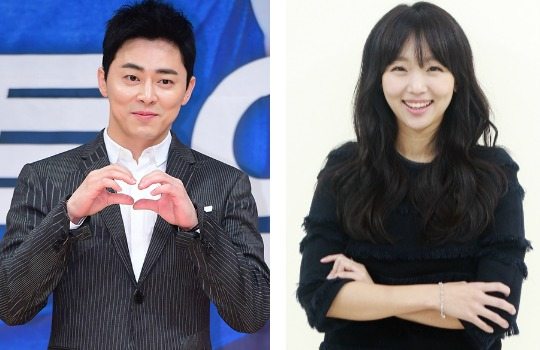 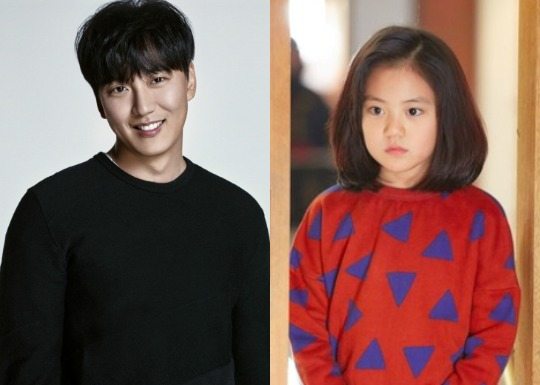 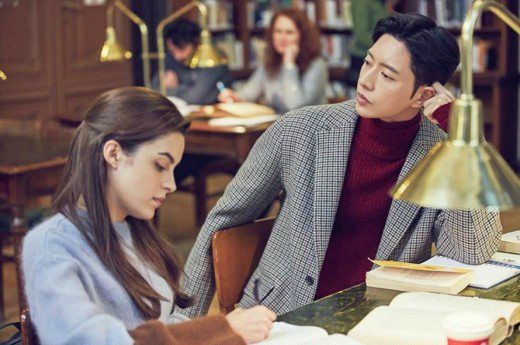 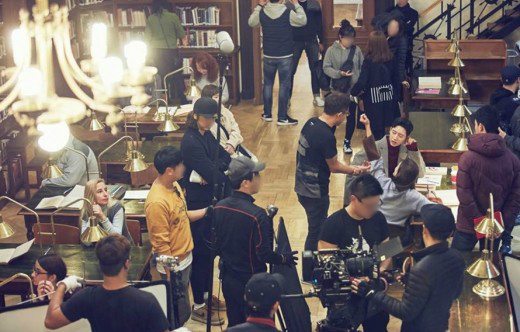 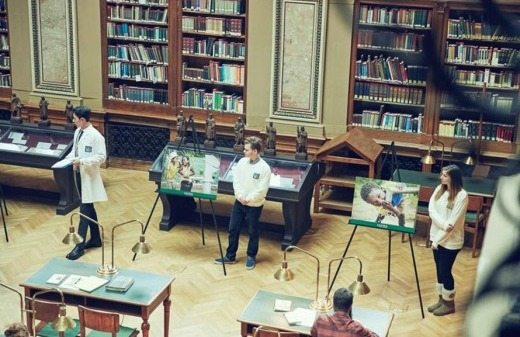 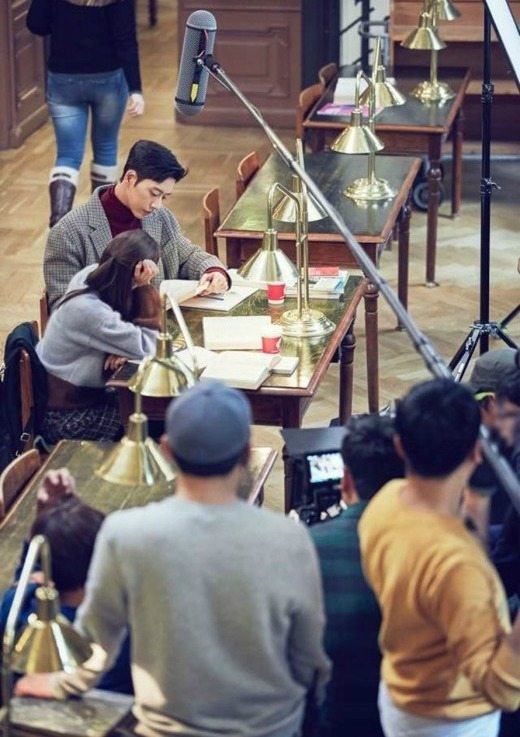 You and I both. Why is he so damn gorgeous? I'm gonna miss him so much while he serves :'(
Hope he serves well and comes back to us to wow us again in dramas, songs and movies. SIG<33

SAME! But sadly the news is too sad :( I so want to see him in another project. Though I'm glad that he is leaving on a high!

Seo In Gook is painfully handsome, especially with the accompanying news.

GGUKIE don't leave ussss T_T How is that man so damn flawless? Ugh. So proud of how far he's come and overcoming so many obstacles <3

BTW, did anyone see him in Double K's OMG MV? I literally just. died. What can't this man do????

I'm going to cry so much when Seo In-guk enlists.

What!!! is there another uncensored kiss scene? link please.. i can't google it..

so called uncensored were in original episode :O

So am I. But I'm hoping for the best.

The things one has to do so that ones reputation isn't shredded by the media... If his medical condition isn't a reason for exemption, then I don't know what is, though it'd be hard for his career to recover if he does exempt as I hear the Korean public can be brutal to celebrities they perceive to be shirking their military service duties.

Hopefully he can get through the first four weeks of basic training without a problem and then he put on desk duty...

Speaking of which, it does seem to be particularly odd that Yoo Ah In hasn't been called for MS when his birthdate is October 1986. I remember him ending SFD with the expectation to serve shortly after and he hasn't done any major project since. I wonder what's up with him? A good majority of the 86ers are serving or have served and are about to finish their MS.

Maybe he have this secret birthdate lol.

Yes, I have noticed news on his MS since SFD but apparently we didn't know the exact time.

The sad thing is, JIW knowingly jeopardizes his life by enlisting in active duty, considering the serious symptoms showed after his head trauma, which is never benign. He is well-aware that entering civil service instead would tarnish his image forever, pretty much like conscientious objectors in SK.

The thing is, he should put his health and life first above his public image. I feel sad that the Korean celebs being too concern over public opinion to the extend that they are not free to live the life that they wanted to. Sure, success comes with a price and they are expected to make this kind of sacrifices but JIL health condition is no joke.

I'm very worried about that as well. =( I hope he will be oK.

I was hoping that those cereberal aneurysm rumors are false. Aren't they????

his company are the one confirming the news...they said he dont want to be exempt by national service and opt for public service instead.
they also said he has a terrible headaches for years already.

Oh noes! Jung Il-woo and Seo In-guk leaving us to military zone?!! Bad news for me. Especially since I haven't treat with great project from JIW so far.

It's Jo Jung-seok oppa!!! ♥♥♥
And right after Nurse Oh's spot-on cameo too. Looking forward to that.

Not that i needed another reason to watch LOTBS, but with JJS's cameo I can't wait for the Wed to come flying.

Even though I'm beginning to enjoy LOTBS, I can honestly say I haven't looked forward to Wednesdays this much since JI stopped airing! Can't wait.

Heo Jung-eun(Geum Bi) is incredible when it comes to acting and she slays her role so well that I wouldn't mind if she gets a Top Excellence Award this year. This girl has a very bright future ahead of her.

She really is a ball of adorable. And talented!!! I love her cheeks!!

Awcoconuts, you just HAD to use a picture of Seo In Gook holding flowers, didn't you? *wails*

lol, the shade in this sentence "in an otherwise solid cast"!

So many favourites are going to the army :(

The next 2 years are gonna be hard for many of us because many of the '87ers are going to enlist! But, thinking positively, I am already looking forward to the increase in global temperature after they all come back from army!

And seriously someone should do some sort of research on the chemicals present in the water of Korea in 1986-87! How did so many of the guys turn out to be such good (and handsome) actors!

seo inguk oppa!!!! It's going to be a long couple of years without seeing his face in drama land :(

Currently catching up on OGM and it does not disappoint. I love HJE and its cute that the PD is protective of her. He should, she's precious!

Aaah, why is it that my KDramaland experience were the best when I watched your dramas Louie-ya? I guess I will be waiting patiently for your return and that swoony picture above, ah l loved your tanned skin Louie-ya(guess I'm showing my crazy self again). Anyways why is it that I get the feeling that you're always been giving smart answers for your interviews? Must be one of your many charms Gukkkie-ya, haha. What a great year this year for you, with 2 successful drama and I bet, you're going to give more after your comeback from the MS! Hwaiting!

Is the kiss scene from episode 7? The one with a lot a tongue in it?

Is that Hermione next to Park Haejin?

Regarding Jung Il Woo, he will be riding a desk for the time of his service but he is supposed to do a month of PT....no no no. They should exempt him from PT or not let him serve. In what military does the person get a say...that's crazy and shows what is wrong with the system in Korea. Choi Jin Hyuk should not have been allowed to serve active duty but should have been riding a desk as well. I get it, I understand why this happens but it is insane.

Oh and the kiss scene...TvN is actually saying they got it past the Chinese censors but the US market...well that's a no go. What !?

....can Ingukkie not swindle himself out of the army? I guess he is way to earnest in real life.

... uh and maybe...
https://www.instagram.com/p/BNRMhClhNuZ/
what does it say? please tell me I am dying to know they are? really? are they?

Eh, they're just advertising The Voice, which is coming up in January. I guess they hope if you liked 38 Squad, you'll like the Voice.