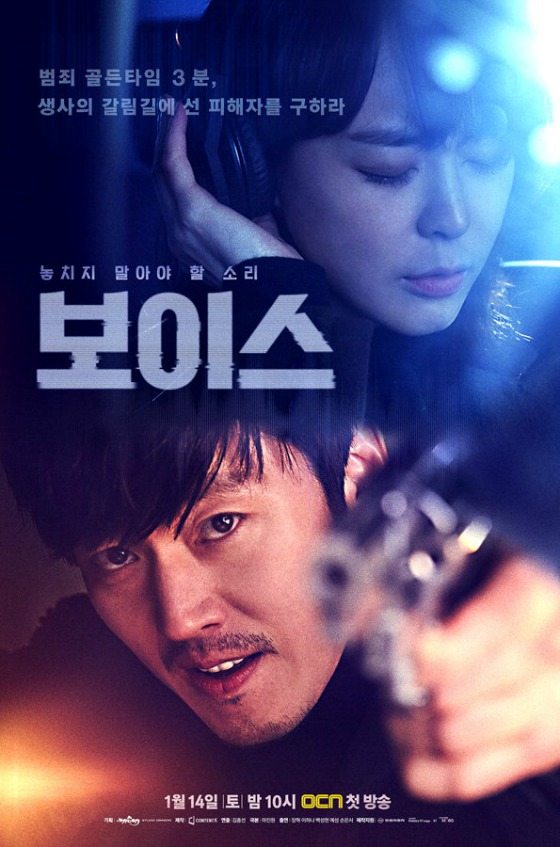 Character posters are out featuring the two leads of OCN’s upcoming thriller Voice: Jang Hyuk (Beautiful Mind) stars as the “mad dog” former detective who becomes a police call center dispatcher, and Lee Hana (Unkind Women) is the voice profiler whose extraordinary sense of hearing detects important clues that would otherwise go unnoticed. The same serial killer who devastated their lives is still on the loose, and together, they race to catch the criminal before it’s too late and more innocent lives are lost. After all, the “golden time” to save a person in danger is a mere three minutes, so time is of the essence.

Voice is written by Ma Jin-won (I Am Legend), and after a last-minute PD switcheroo, it will now be directed by PD Kim Hong-sun of tvN’s Pied Piper and Liar Game fame, taking over the reins from PD Kim Do-hyuk (I Love Lee Tae-ri) who had to leave on account of production schedule changes for the movie he’s been working on. 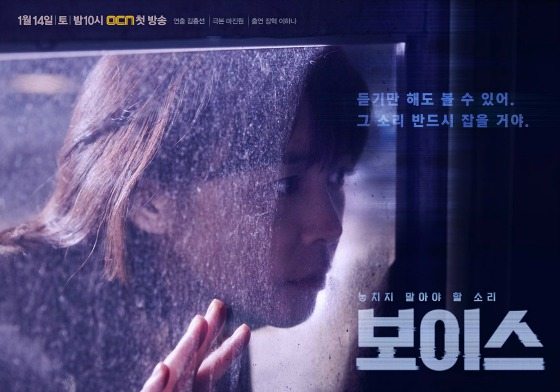 Normally, I’d be wary of a director swap so close to the premiere date, but it’s not PD Kim Hong-sun’s first time at the rodeo when it comes to directing slick and thrilling dramas, so I’m somewhat at ease. I think the dark and sinister tone of Voice was well established by PD Kim Do-hyuk in the haunting teasers, and the stylized character posters are a continuation of that, highlighting Lee Hana’s heightened auditory ability and Jang Hyuk’s fearless and merciless pursuit of justice.

Their respective copy reads: “Just by hearing, I can see. I will catch that sound,” and “You guys don’t know me yet…that I’m a mad dog.” The tagline of the posters is, “The sound that mustn’t get away.” If the new direction stems from the solid foundation that’s already been put in place, production should go off without a hitch. 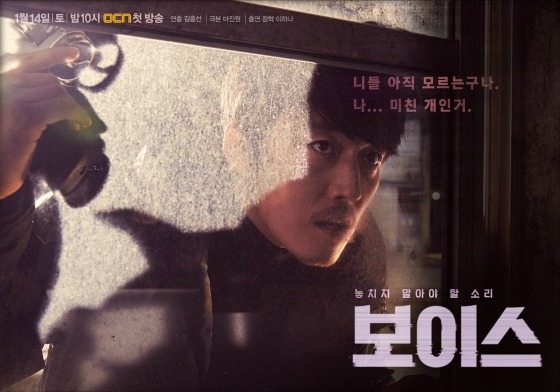 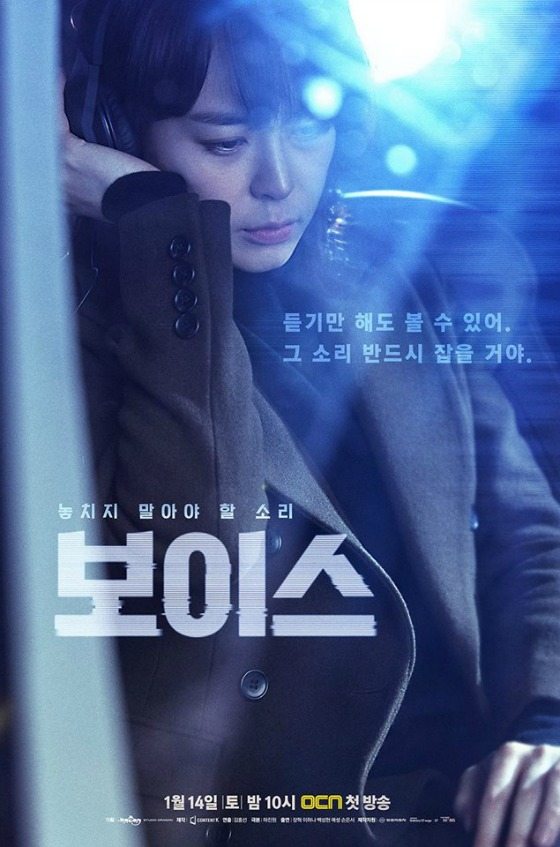 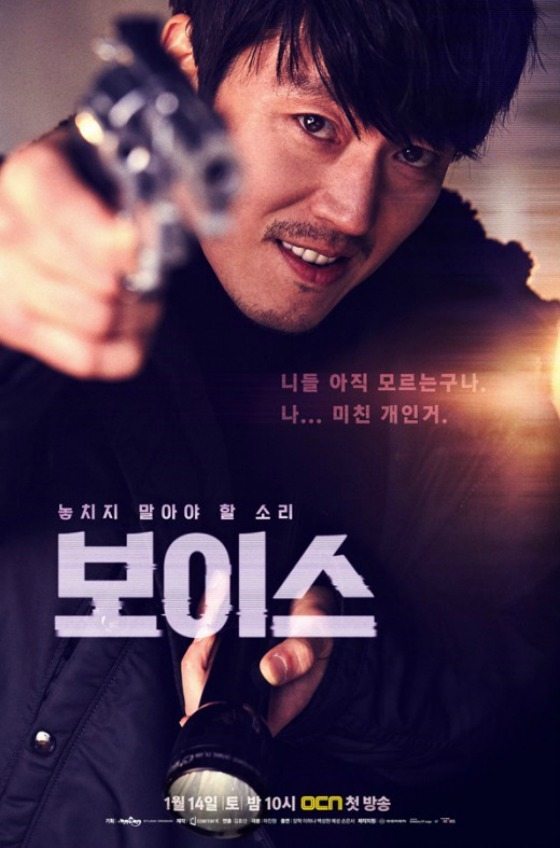 I'm so looking forward to this. Let's get it Jang hyuk

Looking forward to this! And btw the premiere date has been changed to Jan 14, it's written on the posters above too.

Nice to have two thrillers this and missing 9, maybe Defended too, i miss this gender, we had a lot of fluffy and eye candy dramas, time to add new gender.

Do you mean genre?

I was super hype for this because the trailers sold me (that expert use of sound is so reminiscent of SPEC *shivers happily*).

Idk if trailers to dramas are directed/edited under the direction of the main PD so maybe it was foolish for me to base my expectations for the kind of show Voice will be on the trailer. I am still kind of disappointed though that the PD got swapped out. I'm not into most Korean thriller dramas because they're too loud and raw for my tastes. I like the thrill of being super on edge because everything is so restrained and you KNOW something is going to go wrong. So... We'll see.

(I couldn't help finding the Korean Liar Game funny, like I loved the premise but it was just so surreal while trying to be grounded in reality at the same time that the contrast was jarringly funny >_<)

That being said, I still WANT to like this drama. Fingers crossed cuz it would be SO my thing.

Why not try the real Japanese one.

Korean action packed shows are quite tame and far less weird than japanese ones.

Oohhh I don't mind the PD change. PD Kim Hong-sun already has some good experience with thrilling shows so I'm looking forward to his take on this drama.

Feel like I haven't watched any crime shows in a while.... Ready for this show and Missing 9 to start already!!! *_*

I already was quite interested due to the premise, but now that the PD of "Liar Game" is on board, Show has got me hook, line, and sinker ;)

I think I would have loved it more if it was gender-switched. I am becoming very weary of women being sidekick in this kind of drama. Can't we have for once a woman as the badass police officer ? A Kim He Soo- SIgnal like character ? It that too much to ask ?.....

Initially not many people were into the show but now we have so i hope it will be recapped. Wanted recaps have faw few comments and here we Jang Hyuk too.