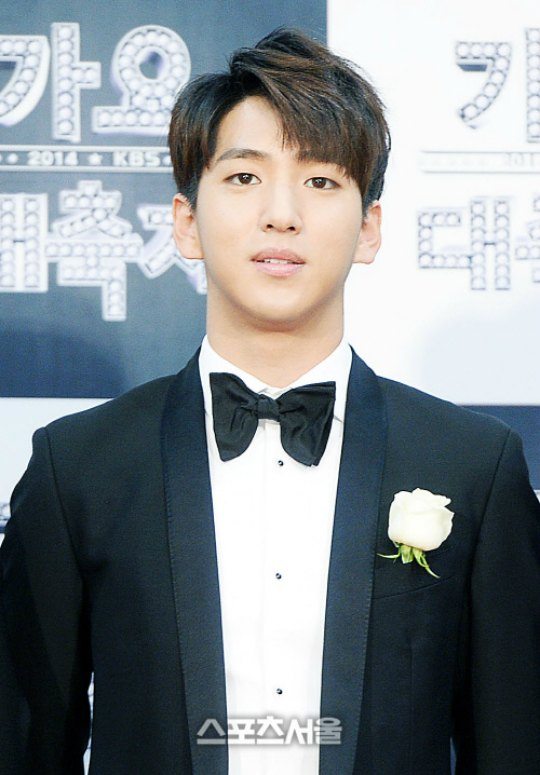 Directed by Kim Sol-mae (Third Ward) and written by Ha Seung-hyun (Spring Waltz), Eyes Closed is already in production, which commenced early this year. The story centers around a grotesque murder case involving a psychopath, and each character’s love and conflict will coalesce and unfold in an unexpected manner. Baro takes on the challenge of playing a blind young man, and Seol In-ah plays a high school student who has a crush on him and subsequently follows him wherever he goes. And Jo Young-jin is set to play a detective. The web movie reportedly starts out as a gentle love story between a young man and woman, but a twist arises in the second half, consisting of moments of intense action and suffocating tension.

The original webtoon is a smartphone exclusive that became popular on KakaoPage where it’s published serially, and the web movie adaptation will premiere in March on Titan Platform, a new Korean digital open market media platform. Eyes Closed will be available online on winvention, Titan’s new global content distribution platform, much like YouTube.

Baro seems to choose unique and challenging projects, and this web movie is no different. I was really impressed by his performance in God’s Gift–14 Days, playing a developmentally disabled boy who befriends the protagonist’s missing daughter, and I’m already looking forward to seeing how he tackles this role in Eyes Closed. The new platform and format is also enough reason to check the movie out. Everyone’s branching out into new territory with production, and it’ll be interesting to see: Are web movies here to stay?

Eyes Closed will premiere online in March via winvention.com.

I was really impressed by him in "Angry Mom"! So I'm looking forward to this.

The B1A4 guys are so talented!

Thank you for the article. I was so impressed by him in Master: God of Noodles. His performance sent chills down my spine. I totally look forward to seeing him in this drama. I already sent sub requests to both Viki and DramaFever. I hope one of them (at least) bring it to us.

same, i also first saw him in the Noodle drama and was so impressed by him

"Baro seems to choose unique and challenging projects, and this web movie is no different."
I was thinking the same thing. Jinyoung and Baro are both solid actors but it's clear that B1A4's agency wants to push Jinyoung into mainstream stuff (he's got those amazing fangirling over type visuals) while they want Baro to do more toned down, artistic stuff.
As much as I loved Jinyoung in his latest drama, personally I find Baro's acting better and I hope he makes a good name for himself in the acting industry. Baro and B1A4 fighting!

This guy is impressive. He and D.O really made the idols turn actor that i'll love to see more.

He's one of those idol-actors that I'm really impressed with their acting skills (e.g. Yook Sungjae, Park Hyung Sik, Junho). They deserve to get a leading role more than some of those actors I know.

''Eyes Closed is already in production, which commenced early this year.'' I laughed hard at this sentence. Early this year? So, like a week ago? ? I'm not hating or anything, just found it funny.

Hai, does anyone know how can I read the original webtoon? Thanks