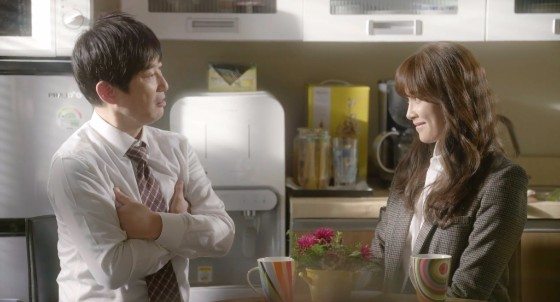 So, two office comedies will be premiering this January: tvN’s Introverted Boss and KBS’s Chief Kim. There’s been a steady stream of promos from the tvN team, but KBS has just stepped up its game, releasing two teasers, one trailer, and more stills for its upcoming drama. Thankfully, they’re airing on different days, so we don’t have to choose! Yay – workplace rom-coms, all day, every day.

Chief Kim is an underdog story about a “master money parasite,” played by Namgoong Min (Beautiful Gong Shim), who goes from an accountant of vice to a corporate middle manager of a company hanging on the verge of bankruptcy. The one-minute trailer gives us more insight into his character, who expresses that he’s ecstatic by all the blind spots in the Korean system, where corruption can prevail and extra money can be made.

Then, we cut to Junho (Memory), who seems to be a competent prosecutor. He menacingly interrogates a suspect in a dark room, promising that justice will be served. But only moments later, we see some men leaving the Public Prosecutor’s Building with their things in tow, presumably fired for their impudent interrogation of a wealthy chaebol.

The trailer also captures the first meeting between Nam Sang-mi (Joseon Gunman) and Namgoong Min, where she thinks he’s a complete weirdo. Later scenes show Namgoong Min escaping from a group of gangsters, all the while, espousing his own Robin Hood-esque principles regarding money-parasitism: to only take “dirty” money (referring to money that was never meant to be in the hands of the current owners).

The first teaser shows a statistic floating in the air, stating that South Korea is the #2 country in the most average working hours in the OECD (Organization for Economic Cooperation and Development). Everyone at the office eagerly await the end of the day, texting amongst themselves to join for a group happy hour as soon as they can leave.

The bell finally rings, but the big boss man Kim Won-hae (Hwarang) flings himself in front of the entrance, telling his employees to stay and work or leave over his dead body. Without any pang of remorse on his face, Namgoong Min leads the parade of workers, stepping over Kim Won-hae’s back one-by-one, out the door. There’s also a delicious bit of meta where Namgoong Min says he’ll see Kim Won-hae again on January 25, and Kim Won-hae replies that since it’s Wednesday there won’t be any music shows on (meaning less viewer competition).

For the second teaser, Kim Won-hae strokes Nam Sang-mi’s hand, lingering more than he should, and pats her shoulder, saying that it’s because she feels like a daughter to him, while a chart in the background shows the growing rates of sexual harassment in the workplace. Just as the atmosphere goes past uncomfortable, Nam Sang-mi pulls out a loan contract and sets it in front of Kim Won-hae, asking that he co-sign it, because he is also “like a father” to her.

At this point, he scoots away, but she advances, determined to get her loan. In the teaser’s conclusion, Kim Won-hae bows his head in greeting to Junho, but the younger man just smiles, says to do away with the formalities, and starts calling him “father.” Afraid that he knows exactly where this is headed, Kim Won-hae backs away slowly. 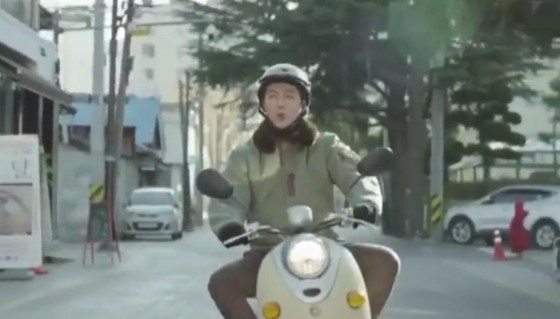 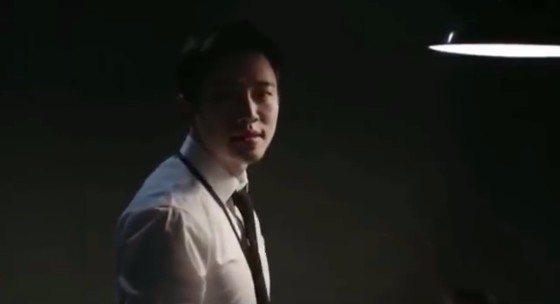 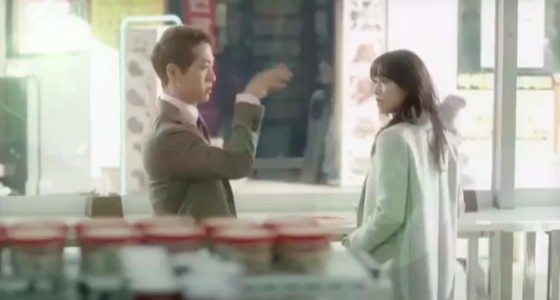 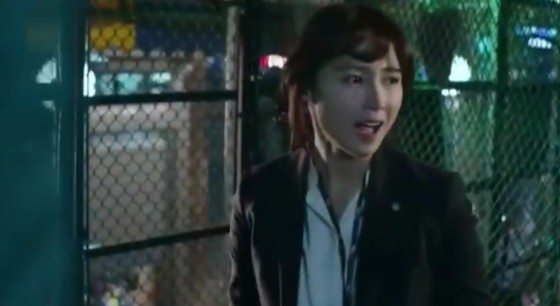 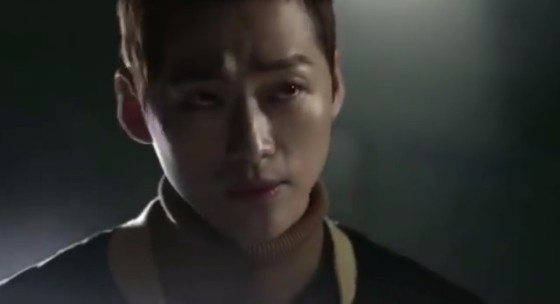 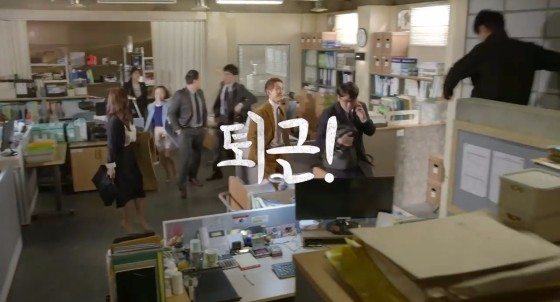 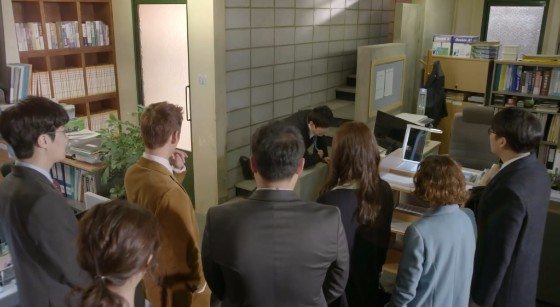 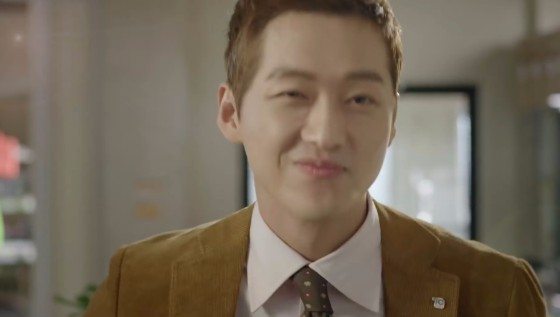 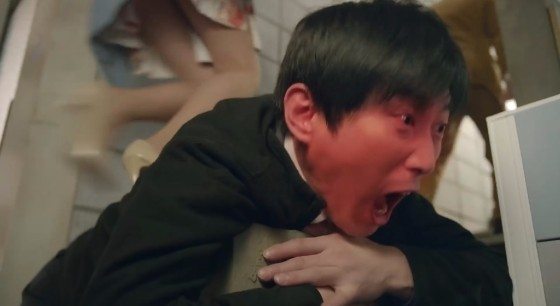 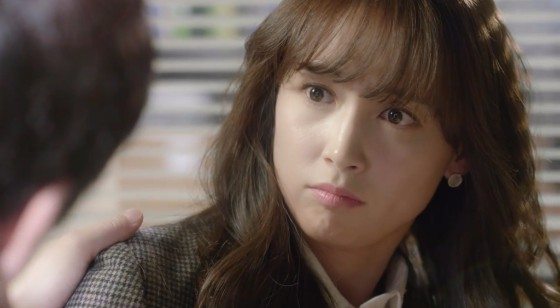 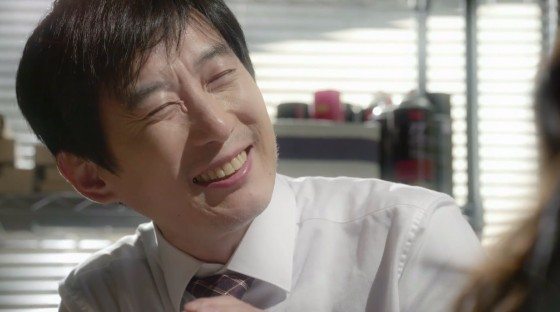 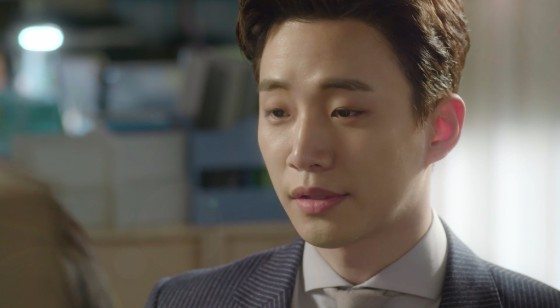 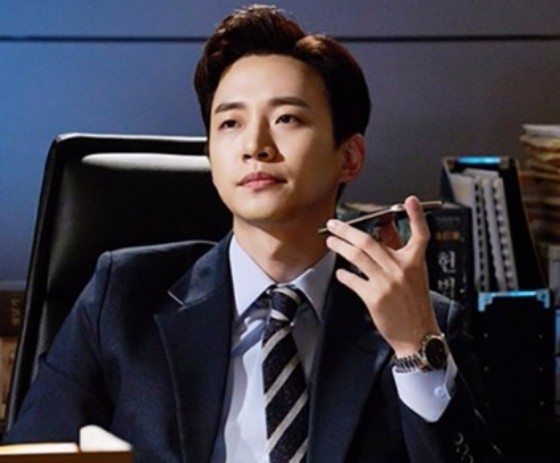 Namgoong min is great in rom-coms, but I always end up wanting him in something dark and a little deprassing. Maybe that has to do with a 360 degree change in his chosen character's personality....
I guess even if he plays in 10 rom-coms, after reading his name I would still imagine him smiling nicely to some unfortunate woman to later take her in his secret room.
That's why I need him in some serious roles, that way I would still think his smile is not trustworthy but not because he might kill you, but because he is a con-man or has a grudge against your dad since some tragic event in his childhood

Thank you for the article, tineybeanie. I love Namgoong Min and Junho, but I do not like these teasers. I also did not want Namgoong Min in another quirky role. I'd rather see him in a melodrama.

Anyway, another sit-com that is coming our way, but no one writes about it is from SBS, "Strong Family." I am also curious about that. It is supposed to premier Jan. 9th?

Hope this will be a pleasant suprise...I always kinda prefer Namgoong Min in villian roles as i think he really shines so i hope in the future we'll see him in a more dark story as the lead...The cast looks great so i'm gonna give it a try,curious as how all this elements will blend in with the office theme(prosecutor,gangsters,“master money parasite,” etc..)

His character reminds me of his character in BGS, I hope it's not another Ahn Dan Tae.
He looks more younger in this drama maybe it's the haircut.

Ok i am going to watch this. Looks like the fun one.

Introverted Boss looks just as fun to me. I honestly can't wait for both!

ooooomg how I love Namgoong Min and am so happy that he's finally really in first lead spots! This looks more comedic than Gong Shim, so a chance for him to get even farther away from the back-to-back villains of 2015. I'm sure he'll be hilarious.

nam goong min is crack to me. i will watch him no matter what cause i love how he infuses his characters with such fun traits and he is so sexy naturally.

Nam Sang Mi looks so different. Teasers are bit disappointed, i want they more creative.
This can't fight against Saimdang and Missing 9.

I miss Nam Sang Mi so much. Though she was quite bland in Joseon Gunman, I always find her a delight to watch. Probably she is not suitable to do sageuk.

The teaser looks cute though and has that breezy feeling. Nam Goong Min somehow bends his character to be a bit more caricature but knowing KBS being so lousy with the teasers I am expecting a delightful surprise just like Hwarang which is my most anticipated drama every week.

Namgoong Min plays quirky roles like they were made just for him!

This sure looks better than I expected!
I'll watch it for NGM, since he's one of few actors who makes every role interesting!
This also looks hilarious! Can't wait!
But... I'm not sure if this going to fight against Saimdang. Anyway! Korean likes ROM-COMs so I can be hopeful that this is going to get good ratings :)

So this was the reason why Namgoong Min changed his hairstyle at the 4th round of "Singing Battle"...

TBH KBS's new dramas for 2017 (at least, the ones shown during the year-end Drama Awards) feel so B.O.R.I.N.G.

I almost did not recognize Junho there...

Wow! It's 2017 and Junho has grown up. I still remember him as a babyfaced Rain look alike.

Please let this not be anything like Gong Shim. I personally hated the drama. It's not my cup of tea.

Also, despite anything, Namgoong rocks in antagonistic/shaded/anti-hero type roles. He looks too good. However, he was the only good thing in BGS as well. Versatile!

Honestly I think everyone up here has got my sentiments completely covered, this plot line is so played out. Almost as played out as the doctor love line it's just too much.