Jang Nara up to become a Housewife Detective 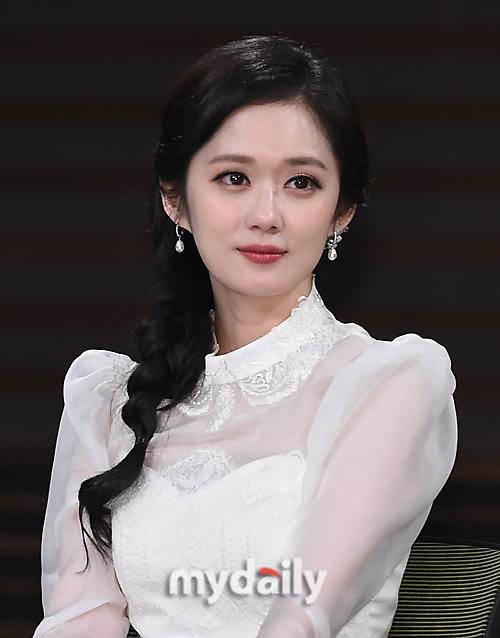 Ah, interesting casting change: Jang Nara (One More Happy Ending) is now up for the upcoming slice-of-life comedic drama Housewife Detective, which was just the other day announced as Park Jin-hee’s (Memory) potential next project. Reports have since clarified that Park’s connection to the drama was overstated, and that she was merely one possibility out of several.

According to the latest reports, Jang Nara has been offered the role of Myung Yoo-jin, the leading lady who starts out as a housewife who’s a single mom and has endured a life of hardship. By chance, she encounters a self-professed “genius detective” and becomes his assistant detective, and the two set out to solve various cases together. No need to roll your eyes at “genius,” because it looks like the show is being ironic with the term; the guy calls himself a private eye, but really, his office is more like a glorified errand service.

Jo Hyun-jae (Yong-pal) and Hong Su-ah (King’s Dream) were reported previously as being in contention to join the cast, and have now confirmed. Jo will play a hot-blooded prosecutor, Cha Jae-hoon, who is so busy working on violent crimes cases that he doesn’t even have time to shave. (Scruffy Jo Hyun-jae, sign me up.) A martial arts expert who graduated at the top of his class at the Judicial Research and Training Institute, Cha Jae-hoon will do whatever it takes to apprehend lawbreakers, throwing himself into his cases whole-heartedly. 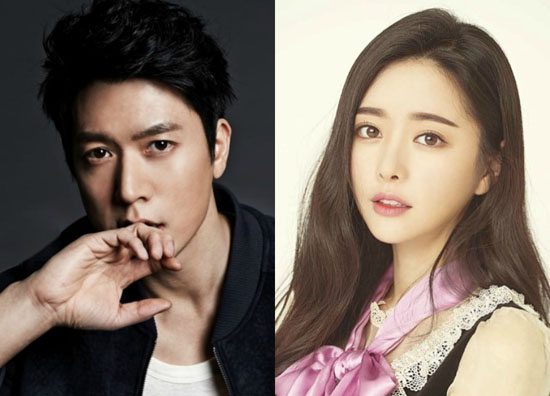 Hong Su-ah’s character, Park Mi-joo, was born with a golden spoon in her mouth, with a mother who’s the board chairman of a prestigious foundation, but has a warm heart that doesn’t allow her to turn a blind eye to the less fortunate. Despite being privileged and upper-class, she doesn’t have a trace of snootiness and is in search of true love, which leads her to an ardent but sad connection with prosecutor Jae-hoon.

2PM’s Chansung (Ms. Temper and Nam Jung-ki) was previously reported as being in the mix, and while I haven’t found character info for him, process of elimination suggests that he would be up to play the detective role. Which I can totally see, if the detective will be the cute, smart-assy, kinda greasy type.

I like Park Jin-hee and would have been happy to see her take on a comedic detective drama, but now that you put Jang Nara in my head, I would love to see her as a feisty housewife who learns how to solve cases. She was awesomely fierce in I Remember You as a dogged cop, and made me believe she could take on baddies despite being her tiny, sweet appearance. Will be keeping an eye out for updates on this one!

Housewife Detective will be written by Park Eun-young, who wrote the films Maundy Thursday and Miss Gold Digger, and Park Hee-kwon, of films Flu and No Mercy. That’s an interesting mix, since one writes human dramas and rom-coms, while the other writes thrillers, but perhaps that’ll serve the drama well in mixing light with dark. Directing is PD Han Chul-soo of dramas My Little Baby, Can Love Equal Money, and Bottom of the 9th with 2 Outs. Housewife Detective is being planned as a pre-produced show and doesn’t yet have a broadcaster, but aims to broadcast sometime this year.

...y..chansung is not that good of actor. Better shin ha kyun, coz I think the role suit him the best.

Ah I was recently missing Jang Nara while looking at the promos of Missing 9 because Jung Kyung Ho's name for me is inseperable from Jang Nara.

Can't wait to see her back in action after OMHE and IRY. :)

yay i like jang na ra. will stay tune to casting news of housewife detective cause of her

daniel choi is in the army

Since mid last year. He went in very quietly.

I'm currently watching Ms.Temper and Nam Jung Gi, and I can totally imagine Nam Bong Gi 's useless ass becoming a "genius" detective. Chansung can pull this off if his character in Ms.Temper is an indicator lol

I loved Chansung in "Ms. Temper"! He really surprised me a lot!

Me too! I was watching and had no idea he was an idol( I suspected it though with how much he pulled off leather jackets and that ridic hair sweep).

He's totally that annoying/exasperating loved one but against usual myself, I find him hilarious!! In fact, every character works in that show, including her vindictive and petty former boss.

I'm happy to see Jang Nara in another drama, but the plot doesn't sound promising at all.

Is it me or does Jo Hyun Jae with his mouth partly covered, look a little like a slim Park Hae Jin? That's all I got, not familiar with him.

Jang Nara looks like a doll in that pic, so beautiful. And now that she's in the mix, I'm kinda interested where I previously wasn't. IRY was my introduction to her and I loved her character. It was apparent she was older than SIG but they worked so well together and the romance was so low key and the slowest burn! It was Killers first, dating sec-..,later!

This almost got me in but it was not a strong enough factor.

However Jang Nara and Jo Hyun Jae? I'm on. Bring it on drama

It might be another skip drama of Jang Nara for me. Last time I watched her drama was "Fated to Love U". Want to see her in a Sageuk drama or a melo drama. Hopefully she skipped this one.

"No need to roll your eyes at “genius,” because it looks like the show is being ironic with the term"

This made me LOL, thanks Javabeans for knowing your audience!!!!

Wow watch Fated to Love You for great kissing and skinship with Jang Hyuk :-)

Fated to Love You, or perhaps fated to doom?

Try her 2005 drama wedding for lots of kisses, though they have to be taken in the time frame it was made, but lot of kissing as she plays a newly married girl.

You can check out Wedding, FTLY, and Mr Back for the skinship and kisses. IRY is not even a romance focused drama that I don't think it's fair to judge by it, nor is School 2013.

"scruffy Jo Hyun Jae" - bring it on! Me likey.
His role sounds second lead when you have a detective 'genius' and Jang Nara. But no matter, he needs to put in more time before my screen.

Yeah!! I was just about to rewatch Fated To Love You and was wondering when I would be able to see Jang Nara again and this drama sounds great. Super Excited and can't wait to watch it.

Reminded me of Watashiwa Shadow (Kyoko Fukada) and it was a really cute drama. Unlikely pairing of a scruffy,newbie detective and a full time housewife.
I really would like to watch this. Been a fan of Jang Nara and Jo Hyun Jae since their early days :)

I think, that is if she takes the drama on,this is Jang Nara first drama not made by the big three, and her first pre-produced drama, well at lest in Korea.
There is I guess even a chance it will air on China before Korea, if there any delay in getting someone to air it in Korea. Though Jang Nara really not as popular is some Korea sources like to make out, something she would say herself when asked. She more well known than well liked, and never recovered the idol gloss she lost with the strong heart scandal five year ago, and Chinese internet news sites are still are using it to attack her even today.
But being well known in a country the size of china still allows her to be popular choice for endorsements and the like as well as often used symbol for beauty/youth.

TBH I don't think it will air in China before Korea no matter it got made or not. Any Korean drama to be officially shown on Chinese TV or Internet all faces the same problem of being banned.

true the ban still on, though Song Ji-hyo did that film, maybe she got a pass as it was a chinese film. I am a bit surprised Korea has not gone to the world court about it, not that it would make any difference to what china going to do, so maybe I answered that myself lol

I don't think it makes sense for Korea to go to the world court just for a cultural ban...

it more a product for sale like...will selling apples lol the ban is taking away Korea a chance of selling a product within china for no real reason, it likely not the world court issue but I thing there some like that deals with fair trade or something. but as i say china never takes any attention of what ever the rest of the world says, unless to to their advantage, so it really a mute point on my part.

JNR is a personal fave, so will try to make time if the drama's atleast decent. OMHE 1st 6 episodes was a treat! her chemistry w/ JKH was funny, especially the over-the-top scenes:)

I'm totally bias when it comes to Jo Hyun Jae. But scruffy, rugged Jo Hyun Jae is totally a new concept for me. I couldn't even imagine what my man would look like.

If Park Jin Hee is replaced than Jang Nara is a perfect choice. I have no idea either how Jo Hyun Jae and Jang Nara is going to be together.

yey! i was so excited...jang nara is my most favorite korean actress..
i hope Lee Seung Gi be her partner soon.. ..wish wish wish.... comedy action romance.. they both good artist...