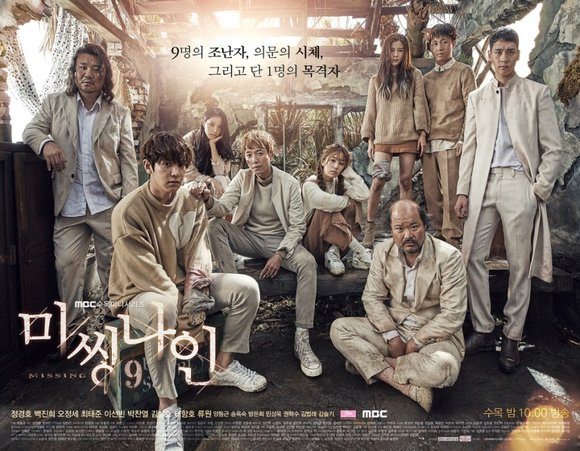 The more I see Jung Kyung-ho’s (One More Happy Ending) brassy orange hair, the more I think I like it — doesn’t it kind of remind you of wet golden retriever fur? The latest round of stills and the promo poster for MBC’s Missing 9 show all our survivors with their tresses on point — they may be covered in dirt and dripping wet, but beautifully so. Even Tae Hang-ho (Moonlight Drawn By Clouds’s eunuch Do Ki) is rocking a mane of glory.

This castaway drama is about nine plane crash victims who land on a deserted island where they somehow have to find a way to eke out an existence until they discover a means of escape. In a place far from civilization, resources are scarce, and no one, except perhaps Baek Jin-hee (My Daughter Geum Sa-wol), knows basic wilderness skills. And so a battle for survival commences, with nothing off-limits, whether it’s reverting to primal instincts or employing nefarious psychological schemes. The poster’s caption is short but evocative of the strange, unnerving atmosphere: “Nine victims, an unidentified corpse, and one witness.”

Jung Kyung-ho plays a D-list celebrity, formerly the leader of a popular idol group that got disbanded. Baek Jin-hee co-stars as his unlucky rookie stylist/beauty coach, who happens to board a doomed-to-crash plane on her first day of work. Choi Tae-joon (Flower in Prison) and EXO’s Chanyeol (Salut D’Amour) play Jung Kyung-ho’s old bandmates who have become much more successful in their careers after leaving him.

However, not as successful as top star Ha Ji-ah, played by Lee Sun-bin (Police Unit 38), who rakes in the biggest bucks for Legend Entertainment, their shared talent agency. The comedic trio who make up the Legend Entertainment management team are Kim Sang-ho (Bring It On, Ghost), Tae Hang-ho, and Oh Jung-se (Beautiful Mind). Last but not least, playing a billboard model with great inner maturity is Ryu Won (Uncontrollably Fond), who’s looking ghostly beautiful in the released stills. 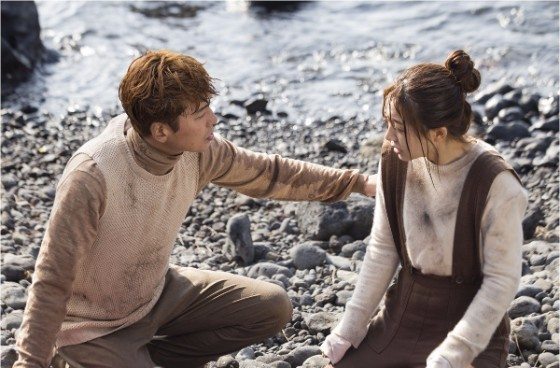 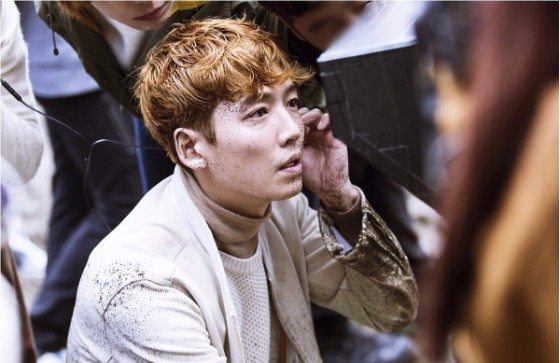 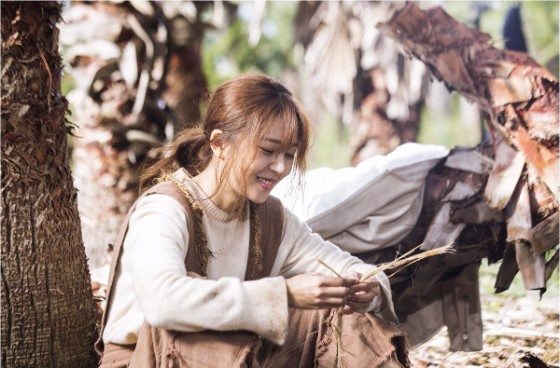 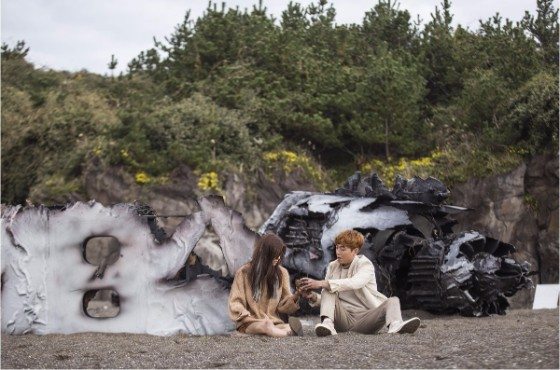 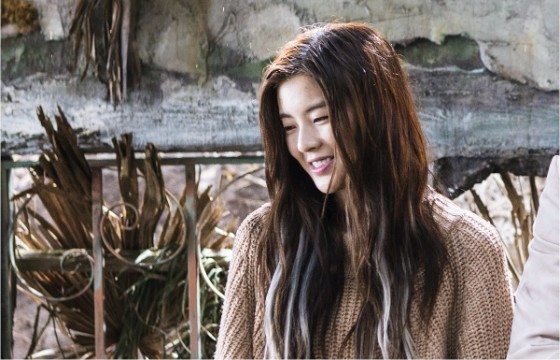 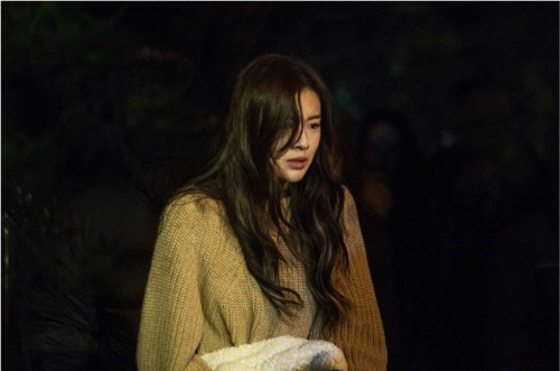 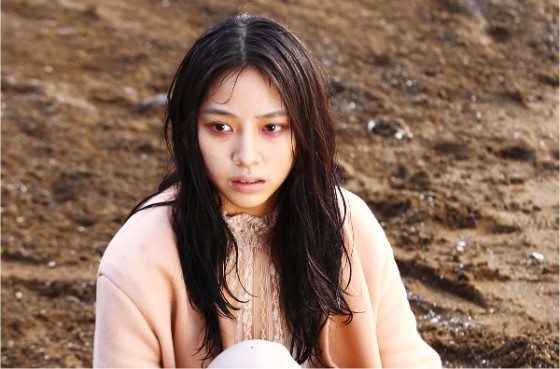 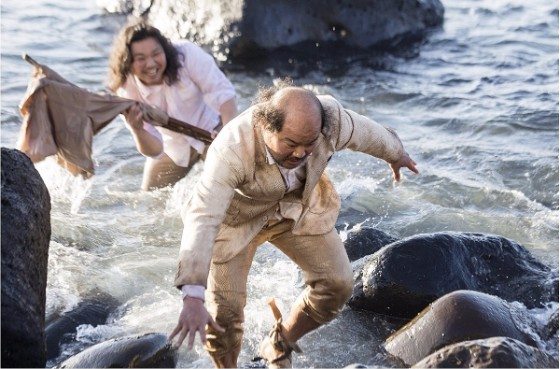 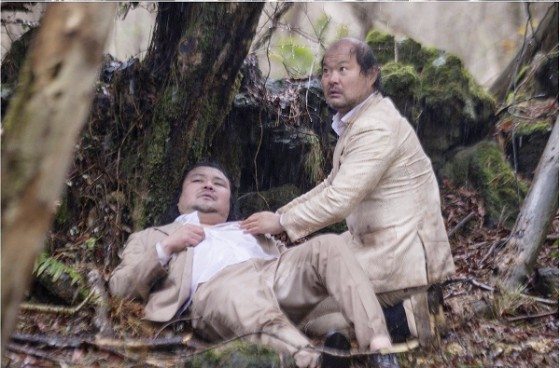 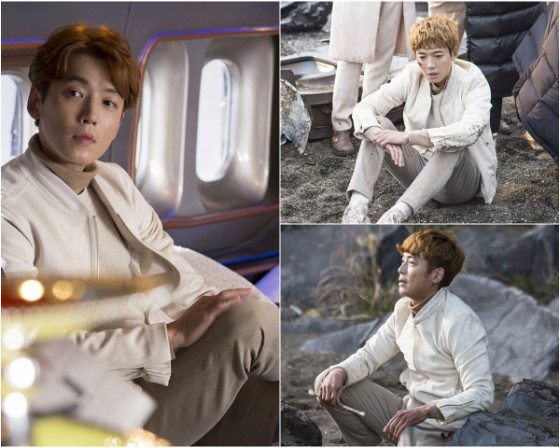 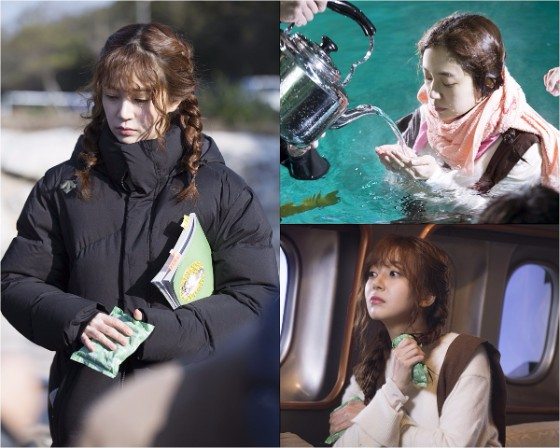 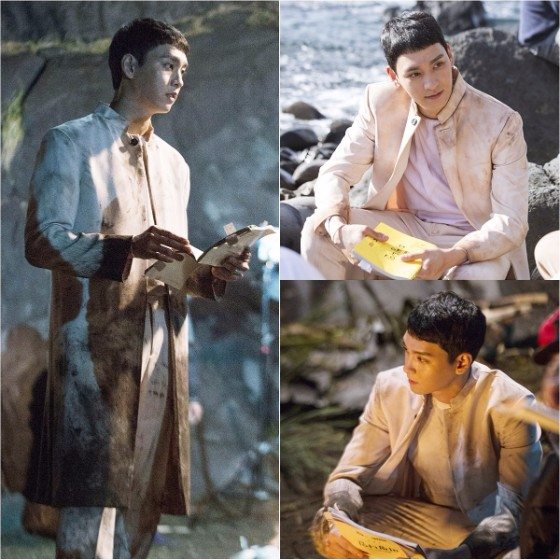 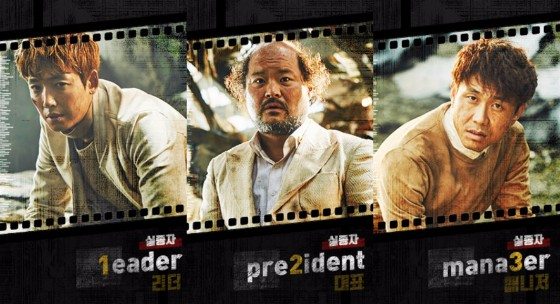 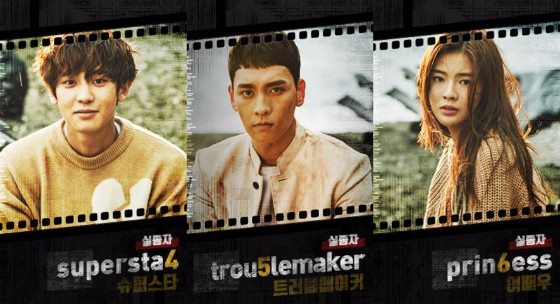 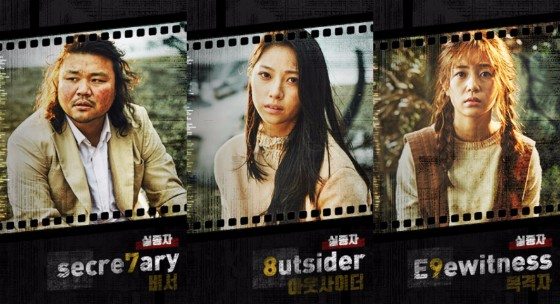 I'm quite in love with Jung Kyung-ho haircolor,he looks good...It must be pretty hard as a girl to be stuck in a deserted island for sure,if u girls know what i mean...I'm pretty excited for this drama even more after knowing the writer style,hope he will give us that mistery and dark moments

Love JKH too after watching him in Endless Love then Cruel City which is my favorite role for him, I'll watch anything he's in.

He was brilliant in Cruel City,i hope he will play again a character like that

Dramas always seem to conveniently ignore what happens to a girl every month. I doubt they'll even talk about it lol.

I'm actually most curious about how they are going to explain why everyone is wearing clothes of the same colour (theme).

I hope they talk about that in the show, even if briefly. That aside, I am loving the vibe of the show.

in my mind, the title of this drama is Missing Color.

At least in Personal Taste, there was *spoilers* a scene where Ga In's period came unexpectedly and LMH had to run to a store (in his tux btw) to get her pads. He even ended up gently rubbing her stomach to a three bears song after getting her some medicine and bringing her tea. #goals!!

Even that there are handome hot guys with me stranded on the island, I don't like that idea cos of the troublesome thing that happen to every woman every month. Eeeks....what should they use on that island ?? :( Again, only in drama that this logical biological problem will be swept under the carpet conveniently.

Even though many women have period once a month, some women/ girls do not have regular period, one cycle can be 3-6 months or even up to a year, and it can be very irregular

And I actually know quite handful of people from my friend circle have that condition.

I love this hair colour on him too! I have always liked his weird though rocking hair styles. :D

Can't wait for this to start, i hope it will get a decent ratings, i am afraid that it will be buried by Saimdang diary.

That's a pretty nice shelter they've managed to build themselves in that poster. Does one of them have a past career in construction?

Feels weird to say, but I hope they get worse looking as the show goes on, lol. They're still a little too pretty.

Even if I wasn't already considering watching this, I'd check the first episode out just to finally find out why they're all wearing that boring beige.

That tagline just made this much darker and way more interesting. What is there a corpse?! Who is it?!

I love how even when traveling you get stuck with people you have a history with. Were they going somewhere special? Why is everyone there?

The counting thing is cool. Idk if I'll watch live but I will watch.

Maybe the corpse is the pilot? lol. They never mentioned the pilot, not even once.

Oh, and i agree with you. Jung Kyung-ho and Chanyeol as bandmates is not believable. Should've write them as senior and junior instead.

I think that is possible. Because girl grup "red velvet" has 8years different ages between the leader and the maknae (younger).

I think I'm gonna enjoy this drama very much.

I remember being so obsessed with that show. Those were good times.

This drama looks really cold to film -- it seems like it's mostly filmed outside and there shots of them in WATER too. Why would they make this a winter film rather than a summer one? Dude...that's just cruel.

Yeah,i've been thinkng as well about this thing,it must be mad hard to film it,i hope the actors will be safe

7 gadis is camping on the cells village

Okay, I'm definitely ready for this. Now, bring it on!!

So, what do we have here? Is it an updated K-version of GILLIGANS ISLAND?

the thing is I am really confused on whether this is supposed to be a comedy or a thriller?. At first I genuinely thought it is a comedy after seeing all the promos maybe it is a bit darker than I have imagined

Comedy isin't.It might as well be when it was first announced and they in works before all the in drama but after that it got scrapped with the arrival of the new writer,so u could see it as a very new drama from the older updates..it's on the darker side,mystery,thriller type,something i for one welcome very much,more than the usual rom-com and with this writer on board i'm sure will get some good stuff

Why are they all in beige/cream shade outfits? Is this supposed to mean something? what corpse? Nobody mentioned corpses until now! Also its still another week till first ep airs right?

The answer to your question about the matching color outfits is still not clear. Some say perhaps they were together for a photoshoot....(but why the matching stylist?) This question is probably one of the first questions asked about this drama lol.

There is a special episode airing on January 12th, but the real first episode premiere is the 18th. ^^

perhaps there was a mystery person who told each of them separately to wear beige. maybe it is someone with a fetish for beige outfits, who actually lives on the island?

it also feels like a theatrical play setup a little, you know conceptual stage design and stuff, plus the storyline is like an old murder mystery. Like someone has transferred Miss Marple into a Kdrama.

That'd be kind of cool. And then they could reenact Liar Game: the island version.

matcha and the beer

I don't know if it will be any good or not, but at least it's different for k-dramaland. I feel like I've been hearing about this for a while so glad to see it's gonna be here soon.

So there is some sort of way to escape..... I'm curious what it is.

So looking forward to this! Jung Kyung Ho never fails to amazed me on this acting. Falling for Innocence still remains in my top list of drama. Hope this drama will turn out well and great!

First, no color in the clothes and now the actors are looking almost phosphorescent. Spooky!

LOVE the typography describing everyone's roles... this looks to be very intriguing!

Lowkey, why is Chanyeol the only one who's smiling in the stills below? Kinda creepy.

We, viewers, are always curious. So, better you answer our question, drama! My questions are just the same as mentioned in the comments here: how will you handle girl's problem and how will you explain that maching outfit?

We will patiently wait.

So is this basically just going to be Lost? Bc I gave that up after like the first season and I really wouldn't like the have to sit through another one with one of my least favorite people in a starring role

This poster reminds me of a similar poster of Signal but the latter has the present day in colour I think. Why do they have the same tone colour of their outfit when they are stranded on the island. Means fated to be ?? Oops I must have watch too much on Goblin. Fate and destiny. Hahaha.