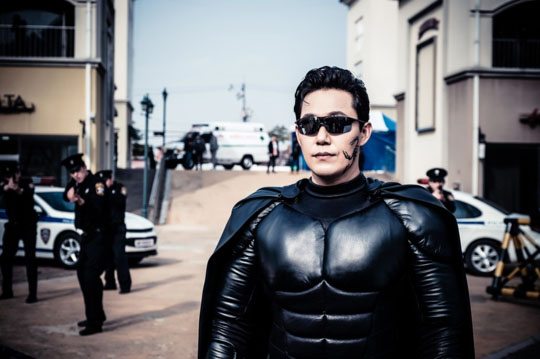 Okay, so it’s not technically a batsuit, but I dare anybody to take a look at Park Sung-woong’s (Remember–Son’s War) latest stills from his upcoming bromance-action drama Man to Man and think of anything other than batsuit. It can’t be done!

The drama is centered around a secret agent (Park Hae-jin) who becomes a bodyguard to Park Sung-woong’s Hallyu star character (for mysterious top-secret reasons, we can only presume). There hasn’t been much more information provided by the show in the months it’s been teasing it, so you can bet that by now I’ve concocted a whole set of elaborate theories and speculations in my head that will be instantly dispelled by the first minute of the actual show. The imagination can be a terrible thing!

Park’s character started out as a stuntman and action star, and took advantage of an opportunity to branch out, leading him on the path to stardom by specializing in movie villains. It’s a nice departure for a top star character to be something other than the standard leading man type, of which we’ve had so many in dramaland. It’s not clear whether his costume is of a hero or a villain, although given his character description, there’s a good case for baddie. Below that, we have his character lounging out of costume as he takes a break on the film set. Saving the day (or destroying it) is hard work, yo!

Man to Man will air on JTBC later this year. 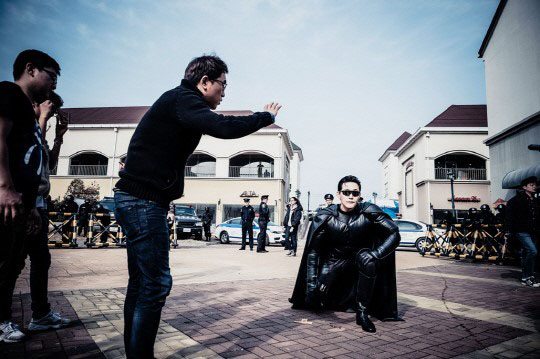 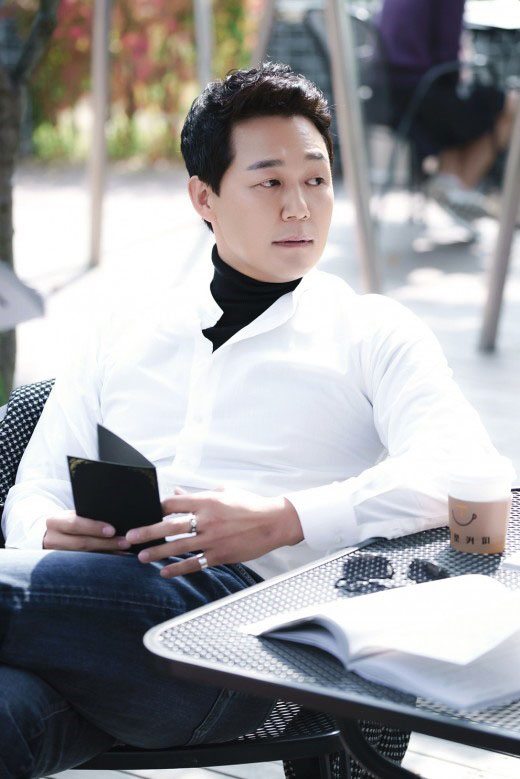 So this show is all male centric, no romance but I like the concept it's new and fresh.

Well, they cast Kim Min-jung who may or may not have a love line. I hope if they dabble in romance though, that it takes a back seat. I want a fun action adventure bromance, not some melodramatic or sappy love line *cough The K2 cough*. I don't mind romance if it is seemlessly integrated, but I would kinda like it to go the way they did it in 'The Italian Job' (the recent version) where it's implied at the very end but wasn't part of the whole story.

It is male-centric.. but I think there'll be romance between Park Hae Jin and kim min Jung though

It has romance in the story. Tineybeanie mentioned it in a previous post:

That batsuit looks like a fluffy parka onesie- I kind of want one that's not so villain-y :D

When I saw the still my first thought "he's playing Batman?!?" But, the role is definitely that of a baddie if the scorpion tattoo on his face is anything to go by. I cannot wait for this drama to air. Hurry please!!!

Oh so thats what it is! haha i looked at it and for some reason just assumed it was a weird bluetooth earpiece. haha I'm not overly observant :P

"later this year" so when will it be exactly lol.

The bromance in this drama probably will be quite sexy, kinda like womance between LYW-Uee in Night Light.

MTE. I thought this drama would be aired in January. T___T

The sismance/womance between UEE and LYW is sexy? Again, why am I not watching this show?

Oh my. I'm glad they didn't put nipples on the suit, a la George Clooney.

The scene starts with our batman falling from the sky. The thing that he wears? No, it's not a costume, it is his cloth from the Subway planet.

He is here to take control of all Subway ppl to be more viral than ever. (Un)fortunately he falls on a film setting. But, the director likes him AND his costume, so he is directly hired to become the vilain.

Why need bodyguard? Appearantly, he knows that once the film aired many people may rage because of the amount of Subway ppl he silently put inside the film. Hey, man gotta save his own life.

This drama will unfold his journey on dominating this earth with Subway. Step by step he will also persuade you to wear this S way costume. Be ware, hooman.

I got headache now, pardon my fictive story, maybe I need my rest.

but wait.. he has a black scorpion tattoo on his face? so what is he now?

He's the subway planet mascot for their latest sub.

Still waiting for JTBC to announce the airdate, excited!

I've seen a lot of Park Sung Woong's projects and I remember watching The Peak and thinking, "Why is he never given bigger roles?" Happy how his career is blooming. Fighting, Park Sung Woong.

I couldn't help LOL-ing at the pic ! :D (especially because it is Park Sung-woong)

I have seen Remember - Son's War and thought that PSW is such a great actor 'cause I loved nearly every minute he starred in that series. His voice, accent and the way he used his eyes were just great. Glad to see him taking a more major role!