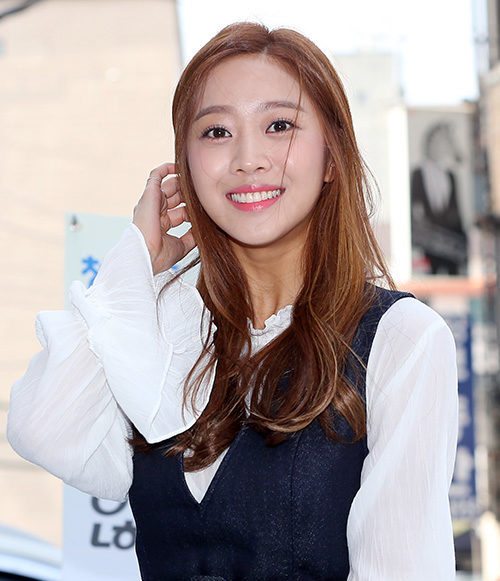 Actress Jo Boa (The Man Living in Our House, Monster) is being courted to lead writer Kim Soon-ok’s (My Daughter Geum Sa-wol) upcoming weekend drama Sister Is Alive. It’s centered around three women who bond in friendship over suffering from a shared emotional trauma. Despite not having any blood ties, they decide to adopt and raise a child together, who becomes a source of joy and healing for them.

Jo Boa’s character is an optimistic girl with a sunny disposition who makes a career out of her passions after enduring much hardship. Upon graduating from beauty school, she works part-time at a nail shop, while also helping out at the neighborhood stationery stop. In the drama, she is accepted into a prestigious internship at Ruby Beauty, but she’s wrongfully terminated. Fortunately, she succeeds starting her own business by creating her own line of all-organic makeup products using locally grown rose oil. She’s innocent but outspoken, and looks fragile but knows how to love.

As a weekend drama lover, I’m curious to see how this will pan out. I’ve been a fan of Writer Kim Soon-ok ever since her hit 2008 makjang daily drama Temptation of Wife. It was definitely crazy, but crazy in the most emotionally wrenching, addictive way. Her latest drama My Daughter Geum Sa-wol starring Baek Jin-hee was also a ratings success, so I guess the rest is up to PD Choi Young-hoon who will be directing Sister Is Alive. He has an eclectic group of projects on his record from High Society to Iljimae, and he’s worked with the writer before in Five Fingers, so hopefully this collaboration will turn out well.

Sister Is Alive will air starting this April on SBS after Our Gap-soon ends its run.

I liked My Daughter Geum Sa-Wol, but I am not a fan of this actress, although I do think she shows potential. I wish she would stick to supporting roles for a while

I share the same sentiments as you in regards to Jo Boa as an actress. She has this standoffish vibe to her that I feel whenever I see her on screen. I've seen her in a few projects and she's got potential and talent, but I don't think she's very likeable... ??‍♀️ Maybe this role will make me see her in a different light because I'm liking the sound of her character (even though I don't think Jo Boa looks "fragile" ?) and the overall story sounds new and refreshing.

Agreed. She's a decent actress but I think she plays more of a villain role rather than a lead. I feel the same vibe as her with Oh Yeon Seo. When I watched her as a lead for Surplus princess it just didn't feel like she was suited for a lead female. As you said she's not very likable even for a villain role which I end up usually voting for

Her face more suitable for spoiled bitchy rich girl, don't think she can do the wholesome pitiful good girl type

There were some elements of vulnerability to her character in Shut Up Flower Boy Band - and for her first Kdrama she did a fabulous job portraying both the brittle exterior and the frightened young girl. I don't think she has anywhere near explored her range yet. But if Suzy and IU and Yoonah and - egads - Krystal get lead roles, Jo Boa is definitely worthy.

She is very good in the movie "Innocent Thing", almost like a young Glenn Close wannabe.

Good for her. I know a lot of people found her character annoying in Man Living in Our House, but i think Jo Boa has a nice screen presence.

Weekend dramas live or die on their execution, but i'll give the show a look for Jo Boa

Her character in Man Living in Our House should not be sole measurement of her acting. She actually has skills and she has nice screen presence.

Her character was annoying, but it was written that way. I thought her performance was ok. Also ok in Surplus Princess.

I actually loved her in the man living in our house. She annoyed me at first, but the more I got to understand her character, the more I started rooting for her to change and get her own happy ending. I might've been more invested in her character by the time the end of the drama came :D. So I'm excited t she her in a protagonist role :D

No girl don't do it, this writer is awful!

The title makes me think there's gonna be a horror/thriller aspect to this drama, but I guess it has something to do with the trauma the three women share... and if I've got this right–the women are the ones that decide to adopt and raise a child together? That's definitely an interesting choice. So we can expect a nice and warm sisterly bond story with a dash of mystery?

ugh, Jo Boa is too good for this likely makjang-sounding nonsense.

And if she takes it, that'll mean half the year goes by for her with that one drama, and she'll get very little professional leverage out of it - she should be leading SBS weekday dramas, not weekend ones!

This drama may not be sound as terrible as Our Gabsoon though...but it is from writer of Geum Sa Wol master of all makjangness..??Hmm, as a starter headlining weekend drama will do. Looks like I am suffering for boring drama for 60 epi just for So Eun and now maybe for Jo Boah too. Hopefully this drama is better and have interesting casts. Sigh why all my girls doing weekend and long drama. Including Park Eun Bin.

I wont say it much better, but Geum Sa Wol had the addicting elements for ppl to watch - the makjangness. Baek Jin Hee was underused in this drama and same goes to Kim So Eun in Our Gabsoon.

The writer really strong in makjang dramas, the story is moving super fast at first ep. But she usually dragging in middle of dramas.
I'm not sure about this actress, I don't like her acting, she so light.

Jo Boa, I adore her as she doesn't back out from bitchy characters and does them well too. My first impression of her from SUFBB was also pretty good, I think she can lead a drama now as she has already done a weekend drama "All About My Mom", she can be counted as an experienced makjang actress.

I thought there was already a drama that had three women deciding to raise a child? I don't remember what it's called, or even if it's Korean - it might be Chinese or Taiwanese...

Or maybe I somehow already read the description of this drama not knowing it hadn't come out yet?

off-topic but Jo Boa is so pretty! and she's a natural beauty.

I totally agree! She was so pretty in SUFBB that I wondered for years why she wasn't getting any other roles.

ugh SBS weekend dramas are so useless except for Gong Shim.

Why are they picking someone like Jo Bo Ah to lead their weekend dramas and giving their weekday drama leads to someone like Suzy? Jo Bo Ah doesn't lack anything to be a lead in the big dramas..

I actually liked some of SBS recent weekend drama, so I disagree they are useless. But yea Our Gabsoon definitely the most boring drama to watch.

I wish ppl will know Jo Boa has more talents to offer, more than what they saw her in Man Living In Our House. I hope she wont accept but her agency for sure will push her to do it. Weekend drama is a very long drama, 7-8 months commitment. It will make her lost another works' opprtunities. If the drama will mostly focusing on her characters' development like I Have A Lover (80-90% on the main leads' development), maybe it will be a good try.

Definitely Jo Boa has some talent - she is far better than the idol actresses busy clogging up the weeknight dramas - but this isn't necessarily a bad move, either. She will gain a lot of experience, it will give her a chance to really inhabit a character, develop discipline, and hone her craft. Plus, a good weekend makjang would get all of the ahjummas pulling for her. From here, it would be a natural step into weeknight leads.

But she already did All About My Mother and just came off that 50-episoder waste of airtime Monster..... girl has put in her time.

I don't see the point in having her do yet another damn 50-episode makjang drama, just as the lead this time. Give her the vveekday drama leads already!

This doesn't sound makjang at all to me, but given the writer there's a high chance it could be. Geum Sa Wol was a terrible mess, but I won't lie and say it wasn't addictive. Jang Bo Ri by the same writer was good though.

I'm personally not a fan of Jo Boa and I definitely don't think she's too good for makjang. Makjang is not synonymous with terrible. There are definitely good dramas out there that fall under makjang territory. Her taking a makjang drama could even be good for her career. Geum Sa Wol was one of the worst dramas I've ever watched, but the ratings were high in Korea, probbaly because it was addictive because it was terrible. A ratings hit, makjang or no, will be good for her career.

yeah but even those high ratings in that time slot didn't do Baek Jin-hee any good, did they?

And JBA did All About My Mother before, she's done her time in the Sat-Sunday dramas.

It's ridiculous to vaste a talented actress in such an unpromising drama that's going to suck up the better part of the next year and likely not even get her leverage to start getting calls for better/more prestigious dramas in the regular Mon-Thurs time slots.

Finished re-watching Shut Up! Flower Boy Band and fell in love with Jo Boa all over again. I'll watch this drama for her alone.