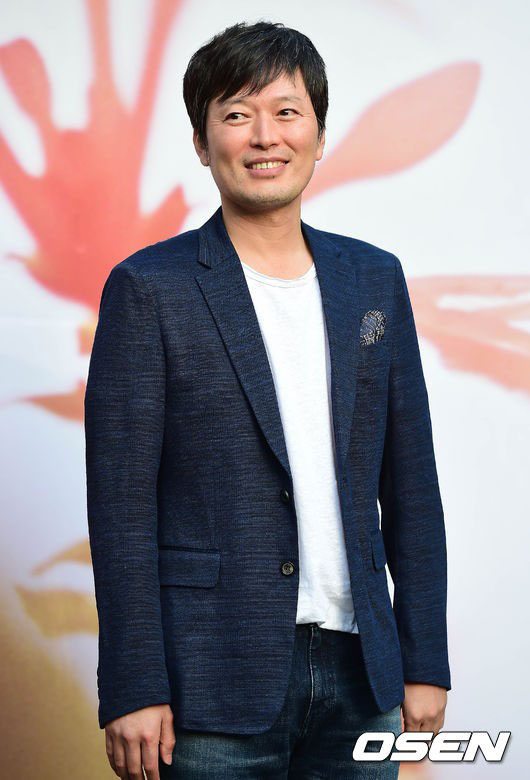 Cable station OCN has pretty much cornered the market on dark, slickly produced procedural and crime thrillers, but thankfully has also figured out how to give each one a slightly different angle so that they feel like separate entities rather than all jumbling together. This new drama, Duel, sounds like it’ll be right up their alley, and it’s got a distinct premise that’ll set it apart from the crowd: human clones! Not only that, but human clones facing off against each other in a figurative duel (and maybe also a literal one, who knows?) of pure goodness versus pure evil.

Moreover, Duel has secured Jung Jae-young playing the lead, which is great to see because he’s such a wonderful actor who’s done movies almost exclusively, and only ventured into dramaland last year. That was in the well-received political series Assembly, where he played a former welder who fought for labor rights and rose from his humble beginnings to become a politician in the National Assembly. This time, he’ll be taking on the lead role of a veteran police detective named Jang Deuk-chun, who ends up making “just one wrong choice” in order to save his daughter when she gets kidnapped by the criminal.

The character of Jang Deuk-chan grew up watching his father, a landscaping caretaker at a golf course, being mistreated by his boss. He wanders through unsavory circles populated with lowlifes, but through a chance opportunity, he becomes a police officer. One day he gets the report of a murderer holding a woman hostage and is sent to handle the case, and although the criminal gets away, he ends up marrying the hostage.

In the present day, the villain is a human clone who carries out bizarre murders, removing organs after killing his victims. Somehow, our hero gets caught up in the case and ends up wrongfully accused, and has to both clear his name while fighting the clock to save his daughter before she’s killed. Interestingly, there’s an added twist about one clone having a “terminal life” and the two clones needing each other’s organs in pursuit of eternal life.

Jung Jae-young seems like perfect casting for this kind of role, and I’ll be crossing my fingers that they get somebody equally strong to play the villain. I’m glad to have him back in another drama, though I can see why he’s stuck to films: His film credits are long and span back to the 1990s, and include diverse and acclaimed projects, like 2003’s award-winning war film Silmido, the quirky critical hit Welcome to Dongmakgol, dark crime thriller Moss, the offbeat Castaway on the Moon, and the tense historical action thriller The King’s Wrath.

Duel is set to follow the time-traveling police-officer drama Tunnel, which follows current crime thriller Voice in the weekend time slot. It’ll premiere in May.

I am shaking in excitement reading the synopsis~ May can't come any sooner, can it?

yes the premise is really exciting! Reminds me of a Chinese movie 'Twins Mission' I think, with good and evil twins.

YASSS!! My favourite ahjussi! He's good in both comic and intense acting. Please be good drama....

"Going by the Book." Lacked logic but he was hilarious in it.

Yuppp he was hilariously deadpan in that movie, and when the movie was about to end, he really nailed the emotional scene! I feel that the movie was supposedly a dark comedy, though...

one of my favourite movies! Actually almost all his films is my favuorite.

Jung Jae-young was great as the ranking North Korean soldier in WELCOME TO DONGMAKGOL, one of my all-time favorite Korean movies (with a score by Joe Hisaishi of Studio Ghibli fame). I also enjoyed his turn as the protagonist in CASTAWAY ON THE MOON.

Send in the clones!

CASTAWAY ON THE MOON <3.

Two years break was too long. It's good to see him back in a movie and drama.

Love Welome to DongMakGol and Castaway on the Moon. Both so unusual, quirky and a little bit surreal, yet so touching and humanist. Plus they have some of my favorite actors and actresses.

Wonder how the setting is, a modern future or nowadays setting. And this clone is human and not inhuman wow it sounds cool and weird lol. OCN keeps giving fresh plot and high quality drama is my liking

No serial killer plot for a change

I salute his performance in Assembly, especially at the last episode when his voice become hoarse due to much passion delivering his lines.

Ah. Remember him playing lead in Confession of Murderer along side that Shiho guy. Decent movie.

Yea more of Chungmuro actors in dramas. I will never complain. Love Jung Jae-young to the moon and back!
He is one of those actors who can make crappy movies watchable.

If only Park Hae-Il would do at least just one drama I'd die and go to heaven.

andweeee
if park hae il gonna in dramaland I'll be grinning like an idiot a whole time watch him bcs I'm so happy.

I am late to the party but hooray another favourite ahjusshi will come back to dramaland. Hooray hooray ???????

Note : Just recently able to finish Assembly. A great drama imo, especially I just recently love Song Yoona so much thanks to K2!

*cries at the back over my never-gotten sequels*

On a more positive note, at least OCN dramas are well-written, riveting and exciting.... *wipes a tear*