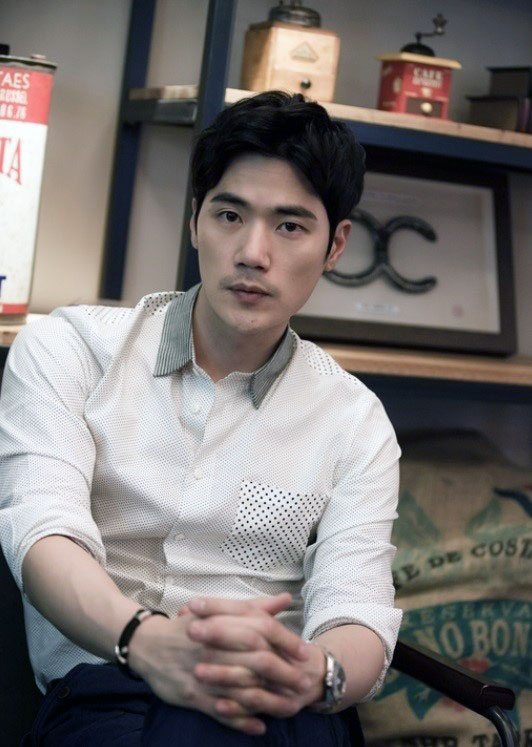 Kim Kang-woo may be returning with another drama soon—hopefully one that’s much better than his last (Goodbye Mr. Black, sigh)—and has been offered a new sci-fi mystery drama Circle, which is being planned for a run on tvN. I’m glad to see a premise that sounds a bit different from the same old: Circle will take place both in the present day and in the future, and deals with alien visitors to Earth.

The drama will experiment with a new format, and plans to unfold in two parts: The first takes place in 2017, while the second will jump ahead to 2037. Humans attempt to take advantage of the aliens who arrive on Earth, and the ensuing plot involves stories of alliance, resistance, and love.

Kim Young-hyun and Park Sang-yeon, who wrote sageuk hits Six Flying Dragons and Tree With Deep Roots, will be onboard as creators and producers, though they’ll leave the writing to a a team of four scriptwriters: Kim Jin-hee of Alice in Cheongdam-dong, Ryu Moon-sang (Drama Festival’s Escaping Slavery), Park Eun-mi (Drama Festival’s Haneuljae’s Murder), and Yoo Hye-mi. Directing will be PD Min Jin-ki of Blue Tower and SNL Korea.

The premise has much more of a genre bent than we’ve seen in dramaland, and it’s one that I welcome, since I want to see dramas branch out with more diverse topics and styles. Circle is looking to revive that late-night Friday-Saturday timeslot that tvN created to broadcast Cinderella and the Four Knights and Entourage, though it has not continued to show dramas in that hour since (likely because those shows both flopped). I recall how tvN’s fledgling years were built on airing dramas in late-night slots (the excellent sci-fi mystery Joseon X-Files was a midnight show, and also employed a multi-writer team), so it seems like a fitting move.

No final decisions have been made yet, but the station is aiming to air Circle in the first half of the year. I’ve got my calendar and red pen out!

Alien, Goblin, Water god and now alien visitors. Please tell there won't be alien's bride. Will there be a time travel too?
tvN sure has been cooking too many supernatural genres. I wish this one is well cooked.

I sure hope so. But we can't ignore the fact that it will be two time lines.

Oh, and for bride, iam sure it'll be only love between a human and an alien. Maybe.

Alien's bride like the one from "My Love From Another Star"?? Haha.

Since they're experimenting, maybe they'll go for the groom this time. A time-travelling alien and her human groom. Lol

Kidding aside, I echo JB's sentiments on wanting "to see dramas branch out with more diverse topics and styles." I hope that the writers will be able to pull off a tight and believable story amid the bends and crazies. ^^

LOL actually Jeon Ji Hyun sounds good for this drama? Want some justice for her since I think she was kinda wasted in LOTBS. But I doubt she will back to small screen any time soon.

how I miss this guy and hope that someday he'll do un-seriously drama. sigh.

Wow! Now that's a genre i can't wait to experience in kdrama land. I wonder how those aliens will look like. No offence, "DO MIN JOO".

I'm sure that they are all eye candies just like in Goblin. Handsome goblin and handsome grim reaper.

For Kim Kang Woo's sake I hope this drama would do well.
On another note, I hope that cheongdamdong alice's writer will simply sit there quitly , without taking any part in the writing process.

Sci-fi is never my thing, but Kim Kang Woo and the team behind look great. So probably will be watching this when it airs.

Hopefully KKW's role is not so serious this time - this guy can do funny role too. And please good female lead.. Since Moon Chae Won is available, maybe this is for her? ?

Oooh, dramaland has been loving fantasy/sci-fi lately! As a huge fan of both genres myself, I'm not complaining! ;)

They also seem to be getting a bit more complex with them. For a while most of the genre dramas were really just regular rom-coms with a rather superficial addition of the supernatural (coughYFAScough). Lately, though, we've been getting more shows that go the extra mile. Last year's dramas like Mirror of the Witch, W, and Goblin were really more "genre" than I expected! Even Legend of the Blue Sea's mythology was a bit deeper than the writer's previous attempt with YFAS.

I'm excited to see how this one develops!

Yes, I so second this. It's one thing to use sci-fi/fantasy as a gimmick or the fancy packaging of a standard drama and a whole different story to tackle it as a genre, with all the world-building and staples it entails. This drama makes me both excited and worried. Worried because true-to-definition science-fiction is not exactly S.Korea's strongest suit (though I'm not denying there have been successful works in this genre). It would be awesome if this ends up being a full-fledged sci-fi show, but somehow I have my doubts.

There's also the space travel drama City of Stars that is going to hopefully be in production soon, and it's again a show that sounds a bit more like a full-fledged sci-fi than what we have seen before.

K-dramas aren't perfect with their genre pieces but the fact that more are being made just means there will be more mistakes to learn from! :)

I'd like to see KKW in a drama that I could really love. My favorite project of his was Story of a Man. I'll cross my fingers this one is watchable. Wishing for drama-crack at this point might be too ambitious.....

Oohhh, I didn't know he was part of that drama. Maybe I should start that soon. I jave been wanting to watch that since Healer days.

I only seen him in my favorite cop procedural drama, Missing Noir M.

The series is set in a society where people believe that humans must control and restrict their emotions.

Humans attempt to take advantage of the aliens who arrive on Earth, and the ensuing plot involves stories of alliance, resistance, and love.

Wait...who is the antagonist here? Could it be the humans? So on which side is Kim Kang Woo?

Interestingly, Kim Kang Woo did some kind of web movie "Overtime" with Kim Sang Joong and Joo Won involving aliens. There was also some kind of time leap. Such a coincidence.

When I read they are gonna make a drama that taken place in 2037, I got a little bit worried, I don't want to see something like Goblin circa the time jump to 10 years ahead and we still get to see people with the same cellphone, same style of cloths, same model of car. Goblin had my free pass because compelling story, but still it is bugging my mind till like Now. Go big, or go home. If they don't have enough budget to construct a believeable world of 2037, just don't...

Small budget Hollywood movies and even bigger ones like Terminator created futuristic worlds which are broken down and decayed. They can even save on suits!

Well, Tomorrow With You has shown little technological and style advances from just a few years in the future, so hopefully this production team will follow suit!

Joseon X-File is tvN's best sci-fi drama to date. I'm surprised that the 2 main writers and their 5 assistants haven't gotten more project after that.
I guess they are going after a more known producers and writers for the rating.

Perhaps I'm in the minority, but I cannot express the full depth of my disdain for multiple timeframe plots. Whether it be simple time jumps or time travel or a multi-lifetimes or what have you.

God knows how I let it slide in my drama of the (last)year, Goblin. Perhaps I was all up in that soundtrack and my eyes and mind were in some kind of romantic melancholic stupor.

In any case, I suppose it goes back to a "rule" that was pounded into my head regarding quality writing.

If you can't do one or two characters' stories or time frames justice, don't you dare attempt more.

YES!!!!!!!!!!!! Ever seen Doomsday Book? KKW was the lead in the best story in that SF anthology film. He really is one of the most underrated actors in SK and just about the only person in the whole craptastic disaster that was Goodbye Mr Black who didn't phone it in and kept acting well even though it was just laughably bad. I think he is made for this and I love SF so it's nice to see KDramas working to branch out more into that genre. This plus that drama that Hyun Bin might do - I'm so excited! (And I don't include the fantasy time traveling stuff as SF.)

Love him can we also get Missing Noir M season 2 please !!!

Is it really going to be a scifi drama? Somehow I'm skeptical. Don't call it science fiction if you don't have any effort to make the science portion believable. My guess, the alien thing will be the background only and the story will focus on love story, just like every other korean drama. But we'll see.

Yes! He is one of my ajusshi crush!
Love him in Missing noir M. So intense, so charismatic..
Tho Goodbye Mr black is blah but I still hold on coz of him..
Pls, tvn make him a good drama..

I just checked KKW's profile on hancinema and they list a 4-eps drama he starred in oct, 2016 called 특근, which I haven't watched, but the synopsis sounds exactly like Circle??? It also seems to feature the same director?!?

Will Circle be an expanded version of 특근? Is it another thing altogether?

That was Overtime, aka Clocking Out, which was actually a web movie released in 4 parts (so a lot like a short drama, but referred to as a movie for whatever reason). Here's the link: http://tv.naver.com/nightrider

Overtime was straight up alien fighting fun, nothing too deep. And definitely nothing about restricting emotions or anything. Also, Overtime was in the past and present (or perhaps near future? Can't remember exactly), not present vs. future. But there are definitely some slight similarities, I guess. Watching this, either way :)